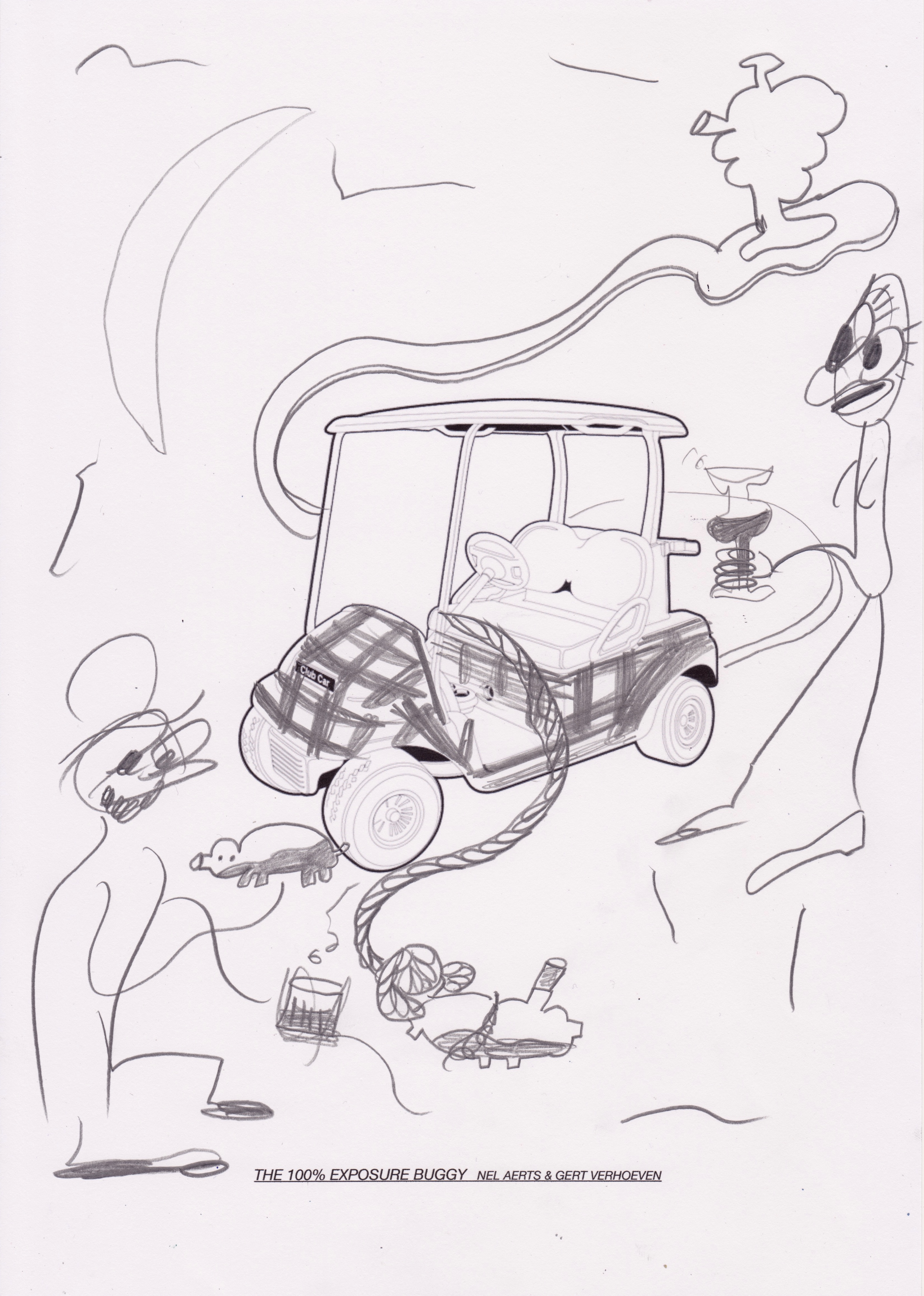 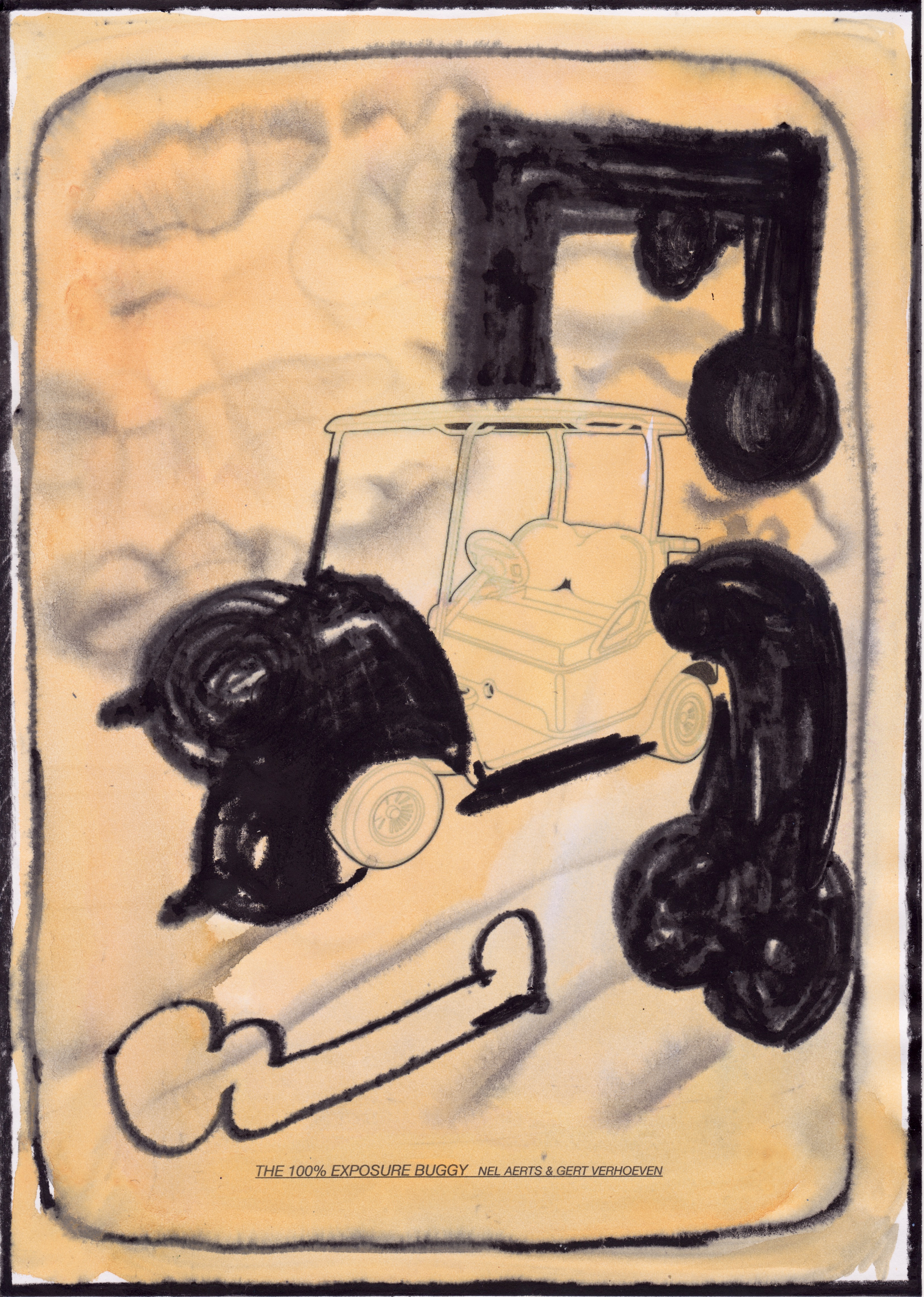 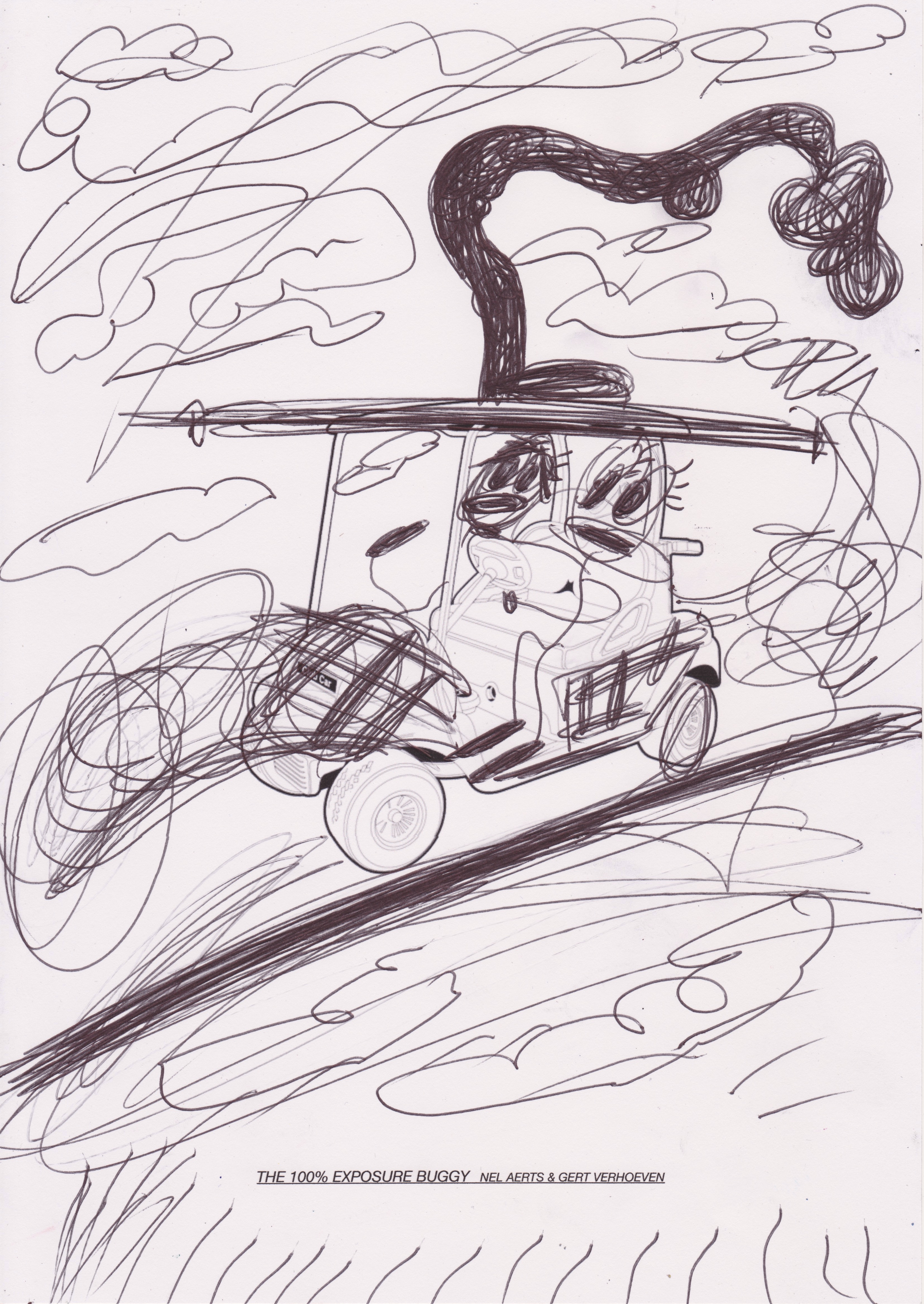 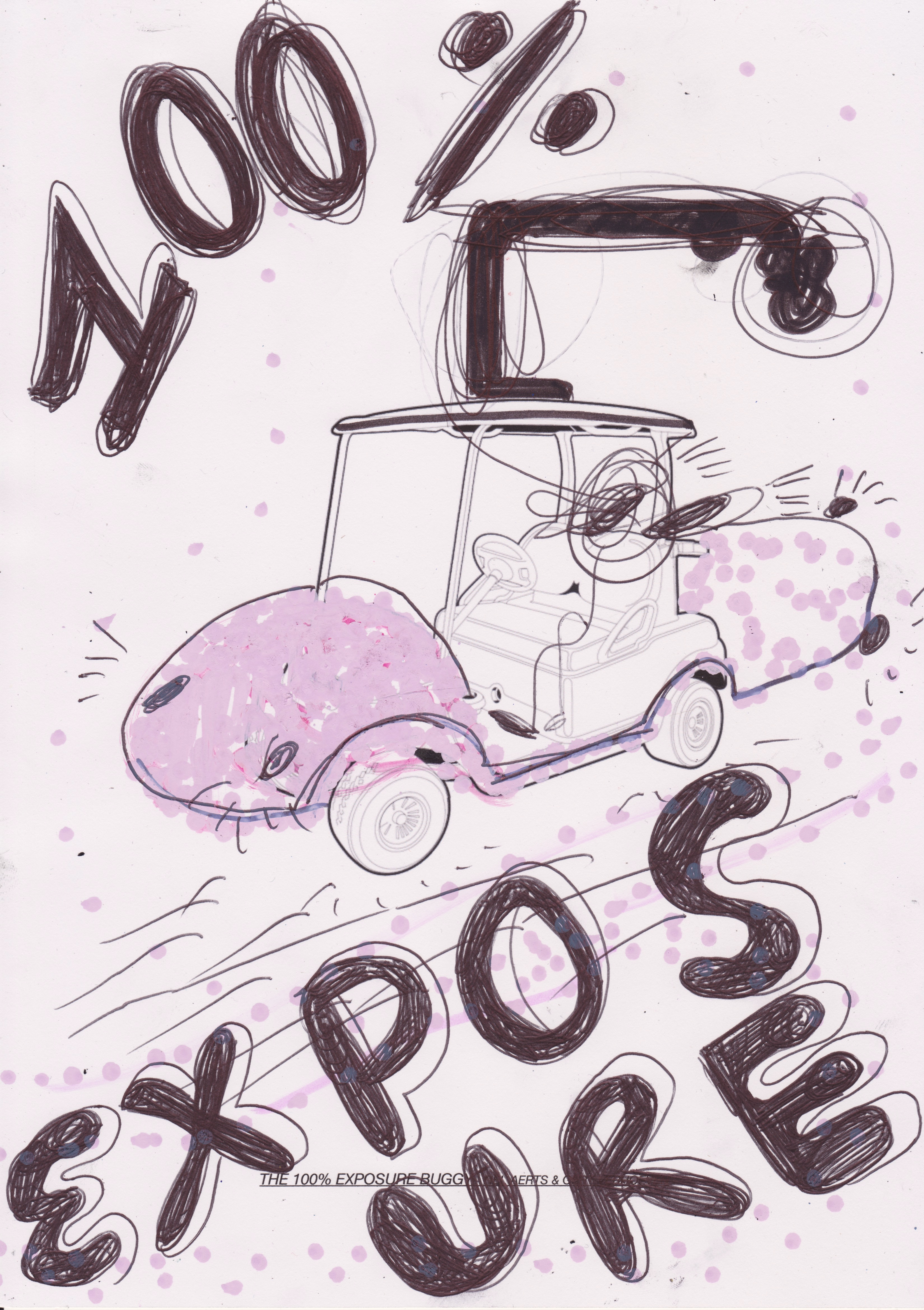 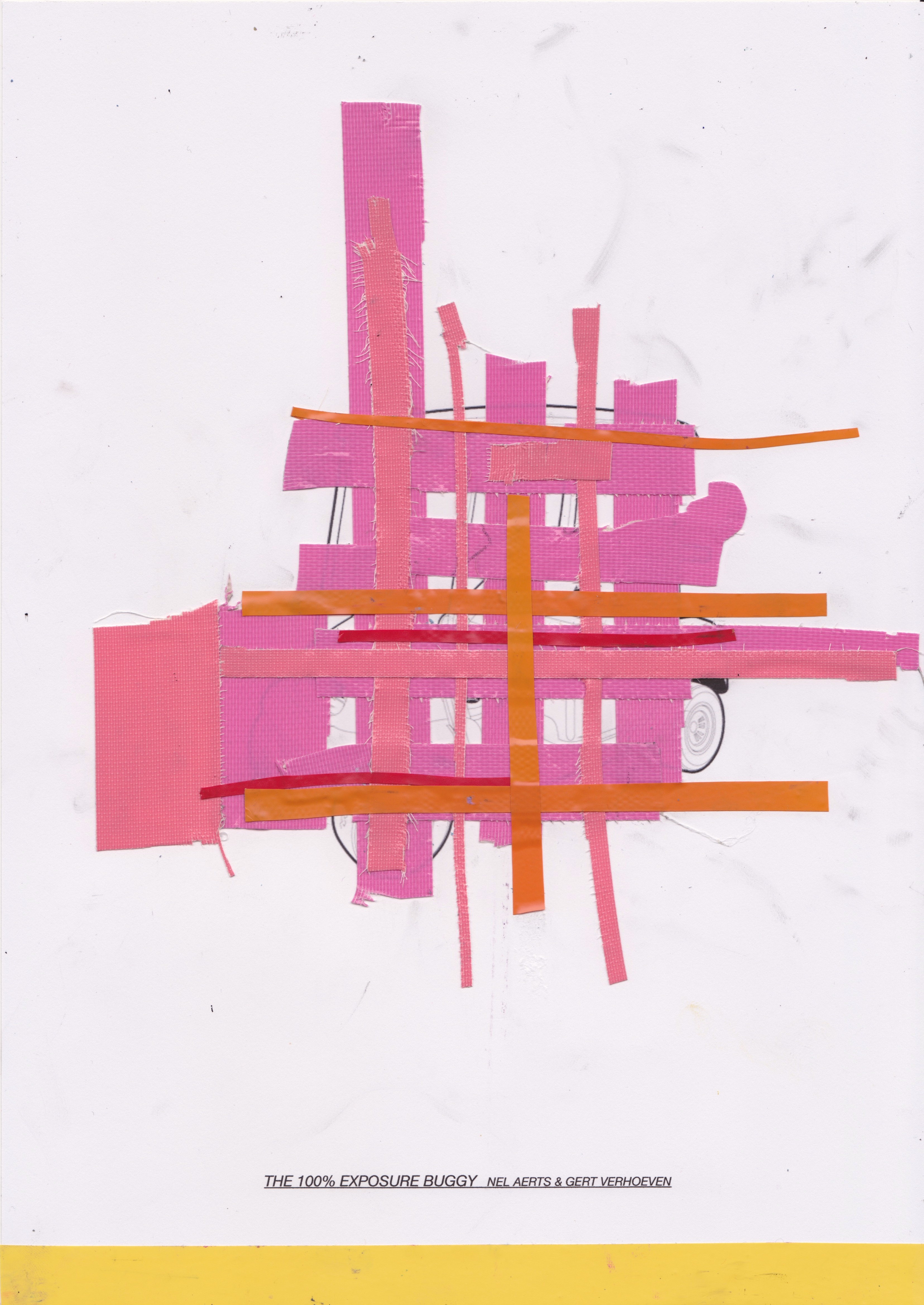 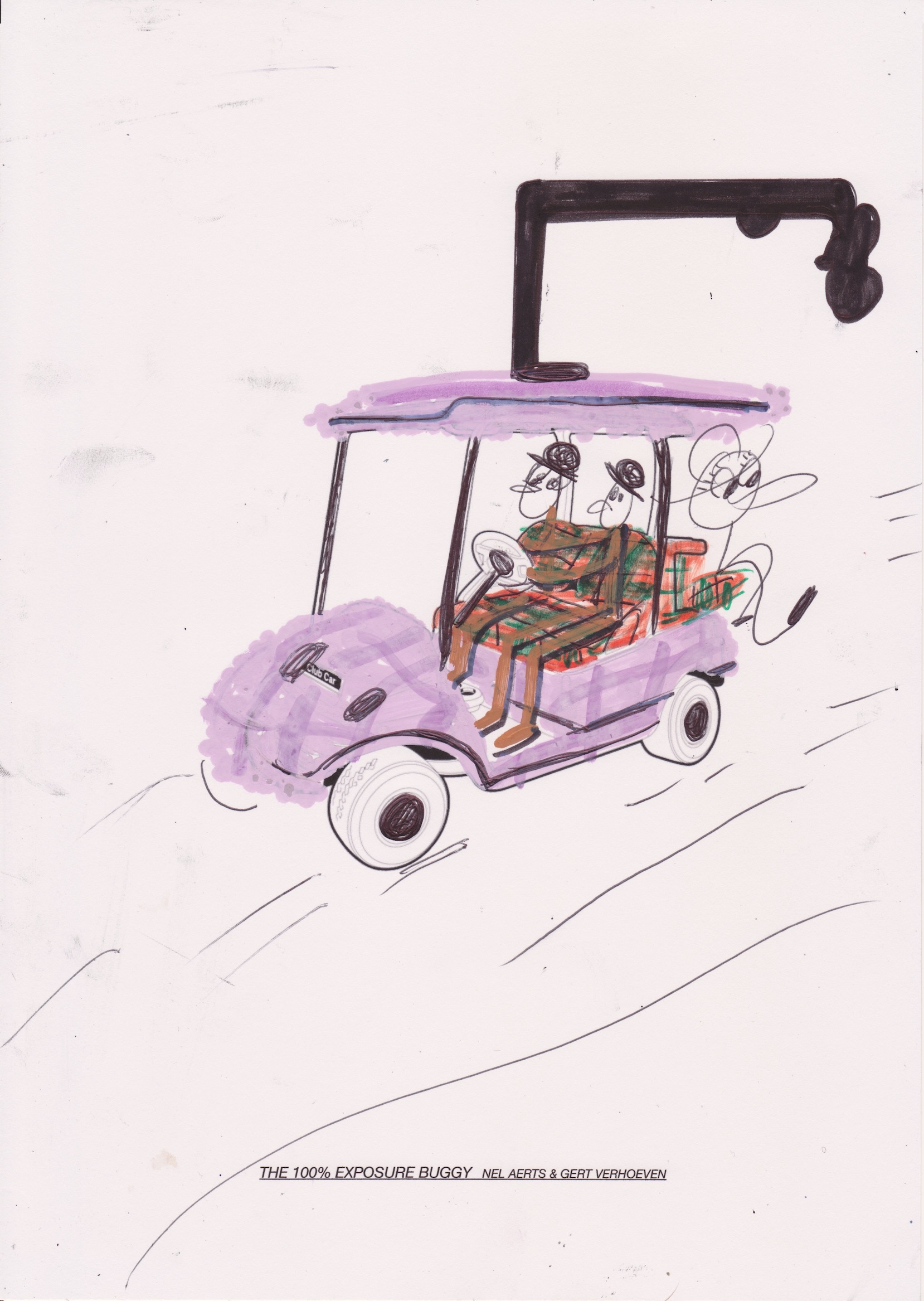 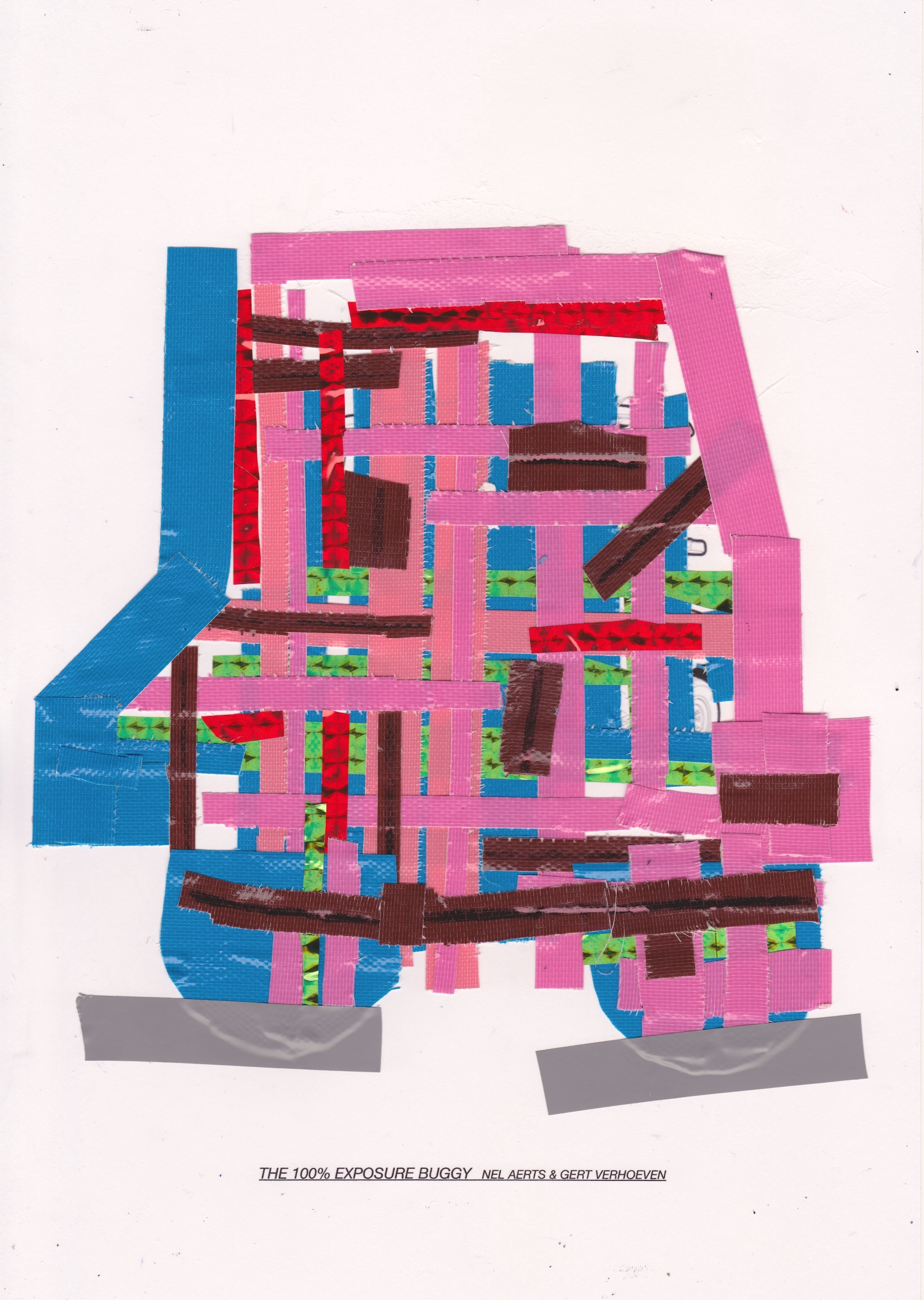 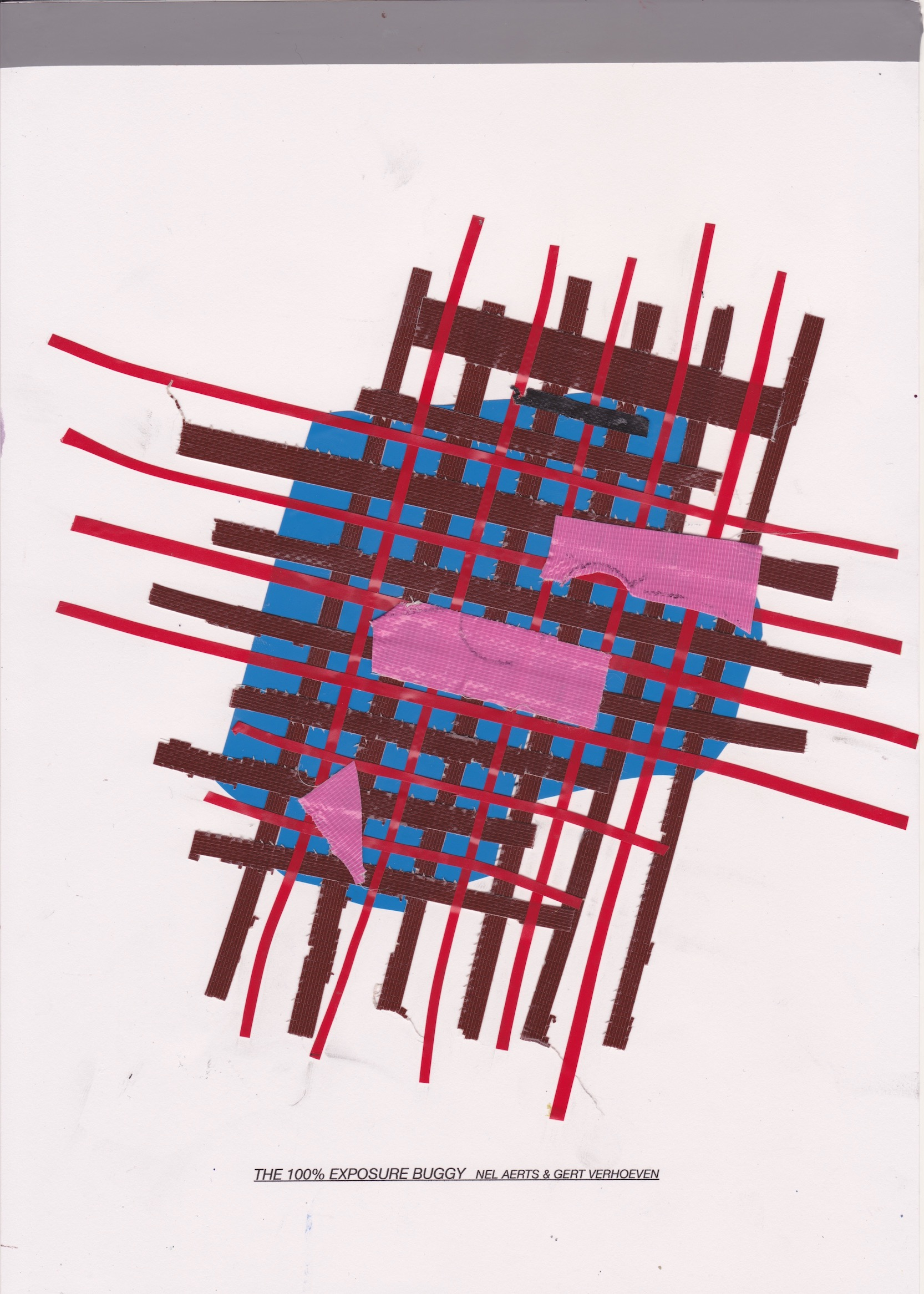 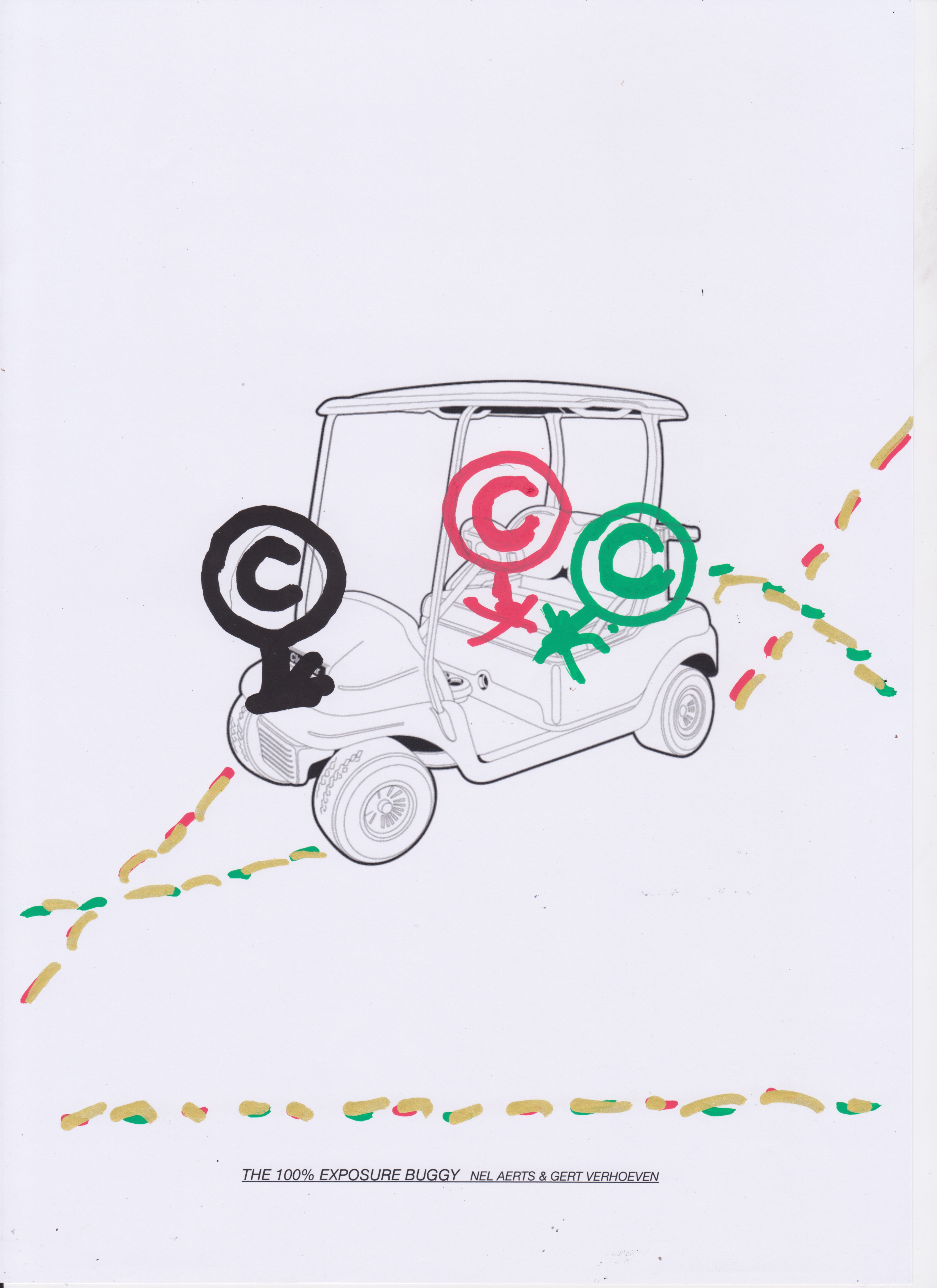 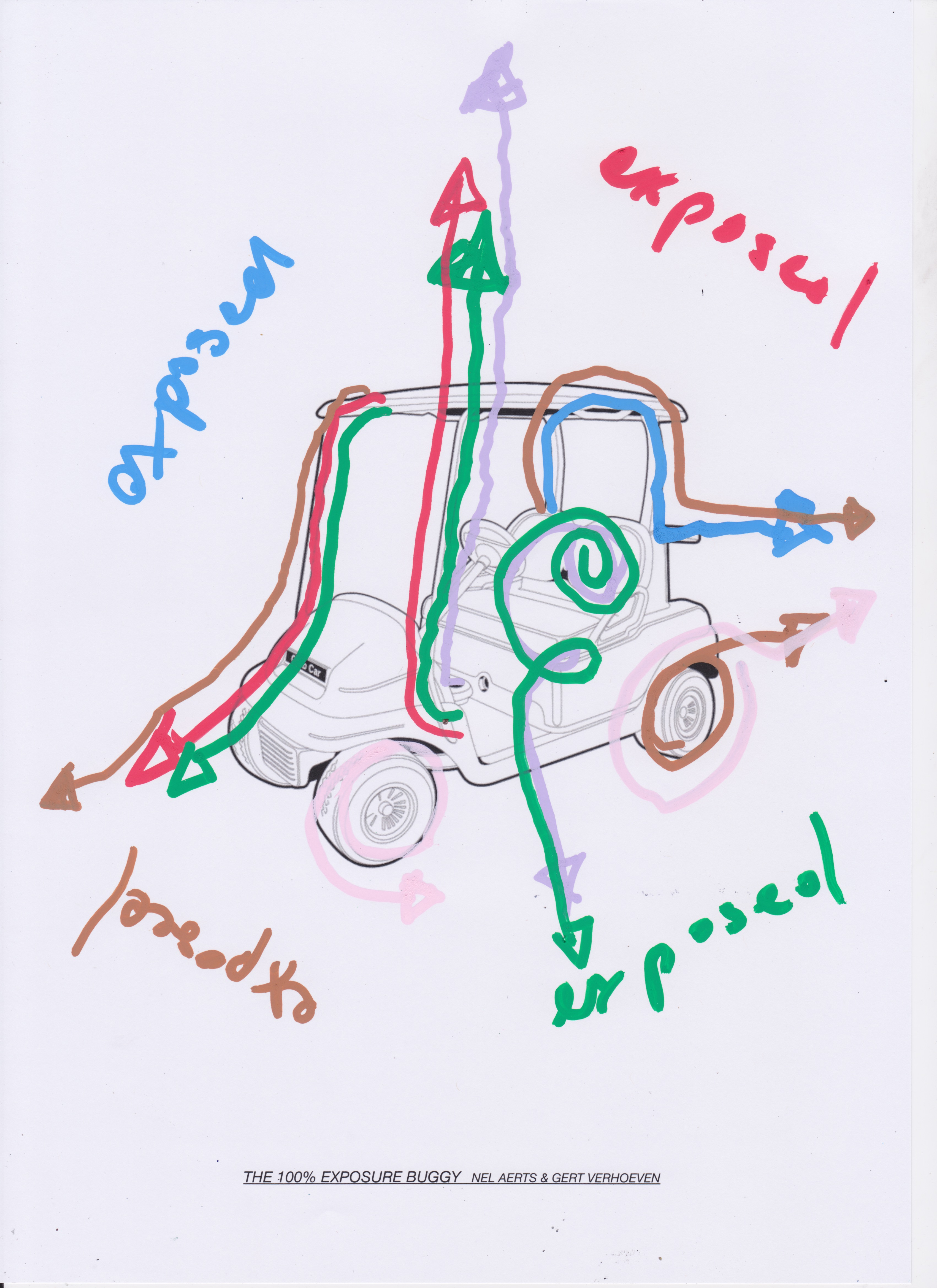 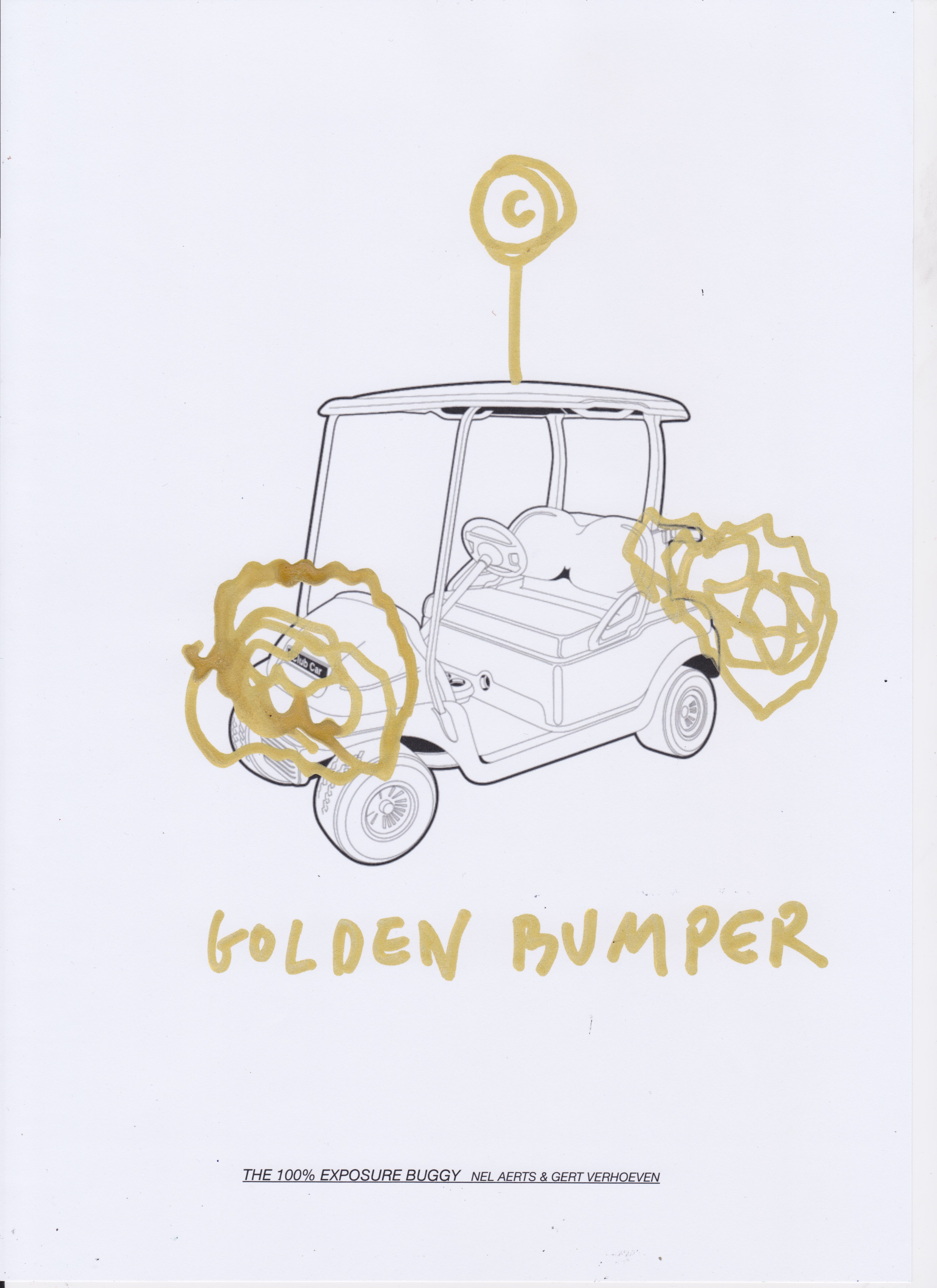 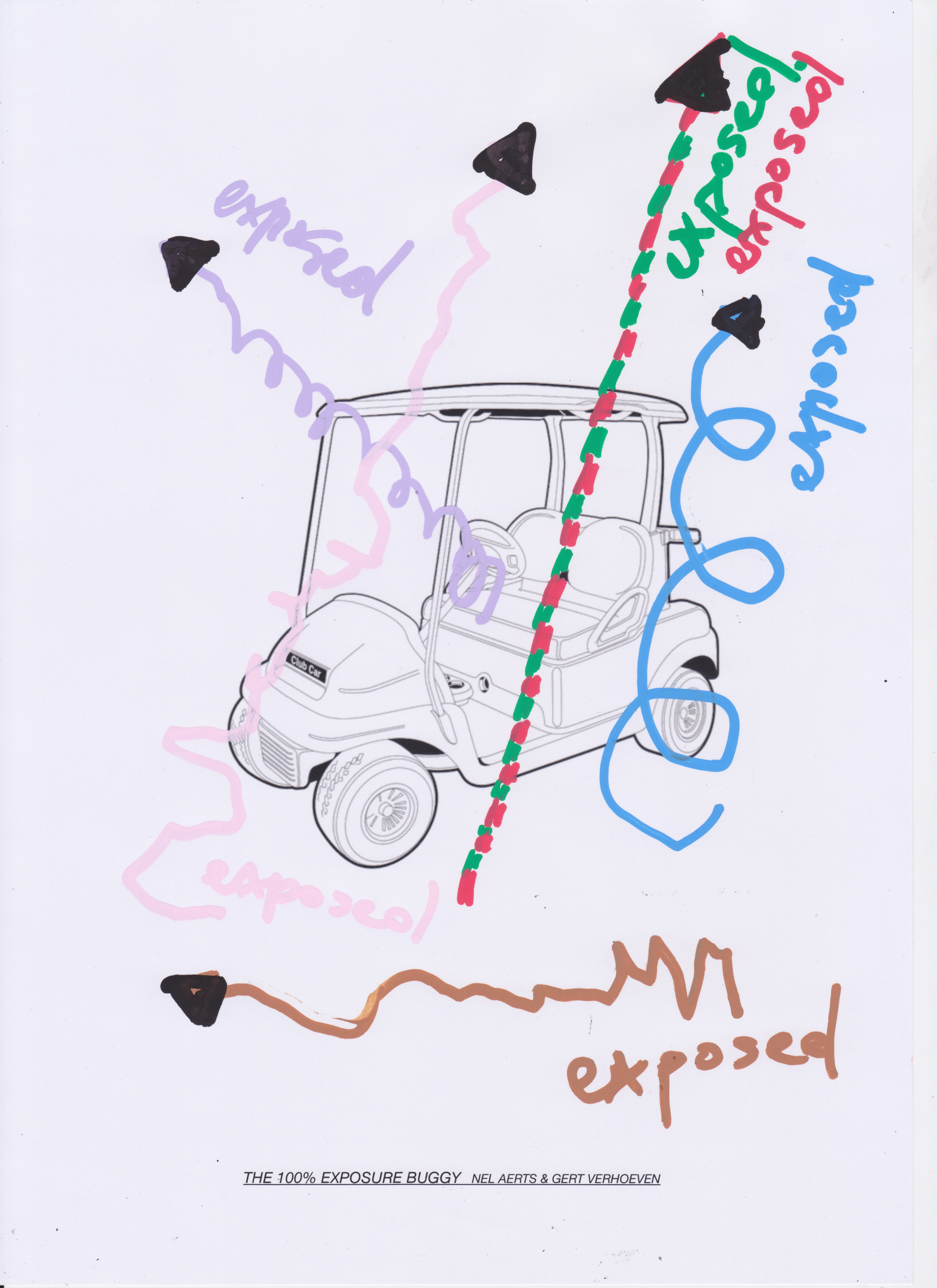 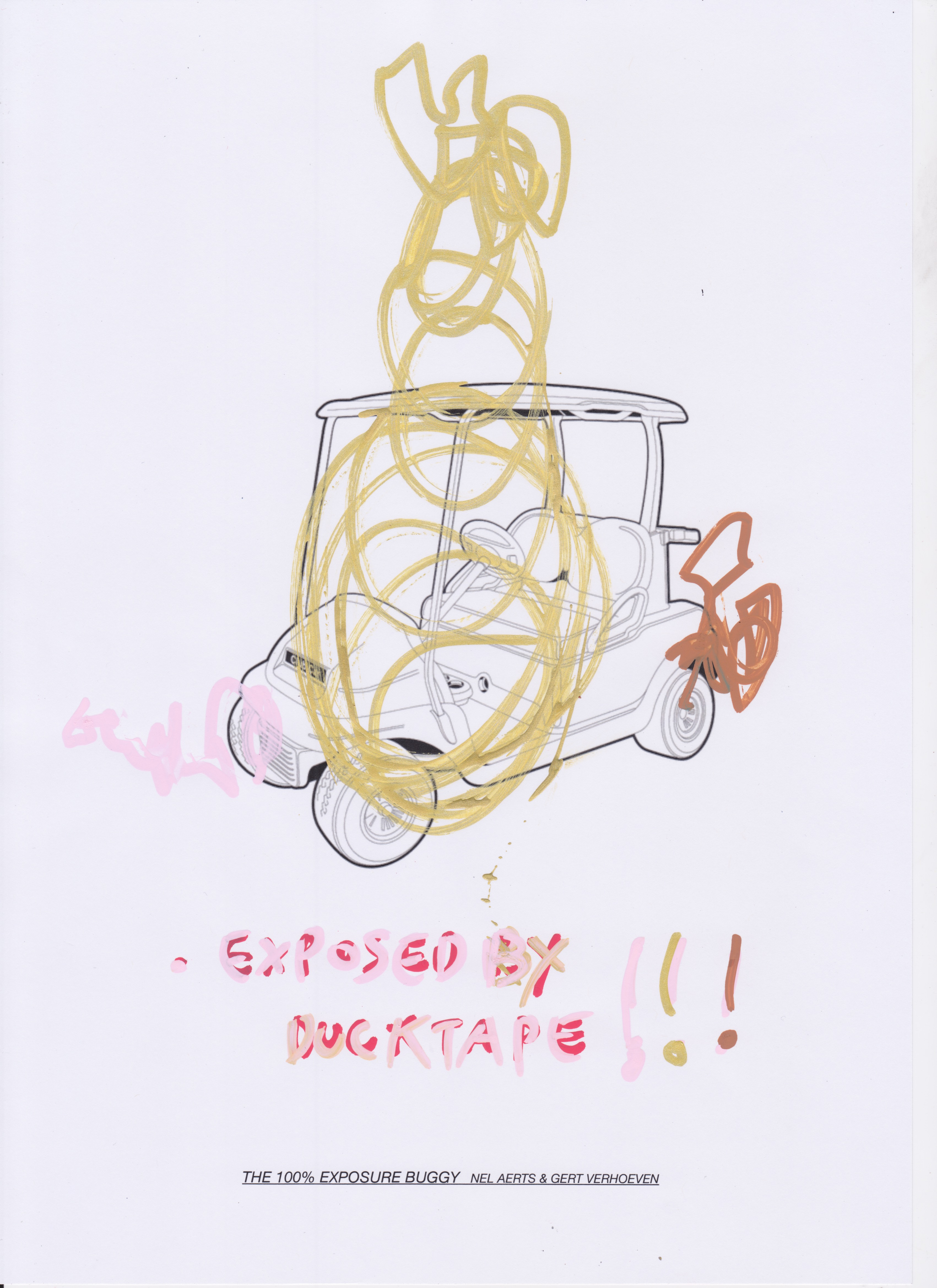 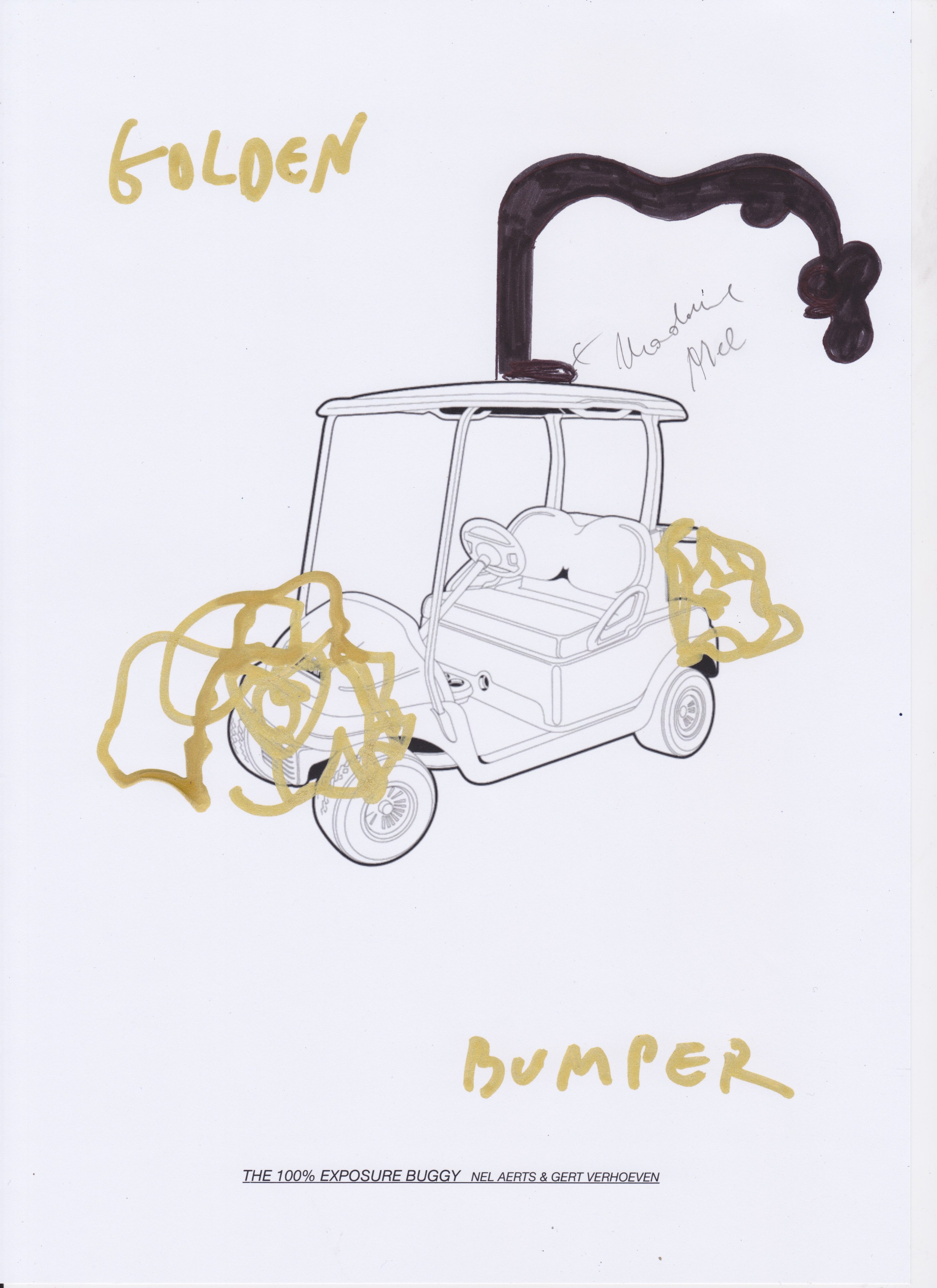 For Beaufort, Nel Aerts and Gert Verhoeven joined forces to create The 100 % Exposure Buggy. The buggy is a golf cart that was reworked with duct tape, simultaneously an art object and a means of transport for performances throughout the summer of 2021. The cart was originally a light electric vehicle golfers used to get around on the course. Putting it into use elsewhere makes it an ´off-road´ cart, as in one that has gone off the tracks, but also as in two artists deciding to go their own way. The title humorously refers to putting yourself out there to draw attention, playing on the constant desire to be ´seen´. By buying the cart together, the practices of Aerts and Verhoeven enter into a collaboration of undetermined duration. The cart is processed with duct tape, typically used for ad hoc emergency repairs, as a result of which it is constantly transforming and can look different with each ´exposure´.

The cart has four seats: two in front for the artists, and two in the back, allowing them to organise ´100% Exposure Tours´ such as guided tours for VIPs or lectures. The golf cart will be inaugurated by Heidi Ballet, curator of Beaufort 21, after which comes a programme put together by the artists that will be announced on the Beaufort website.