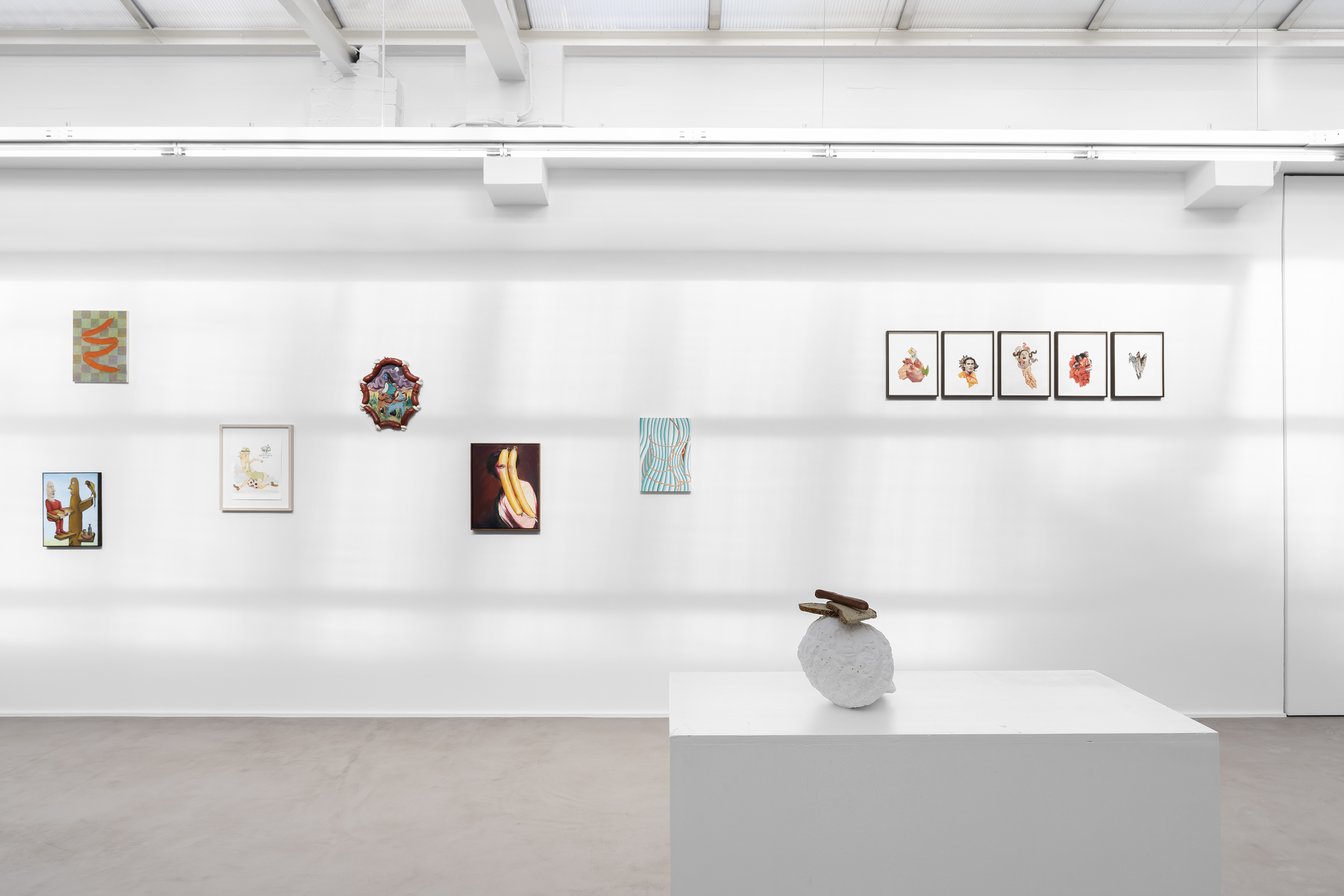 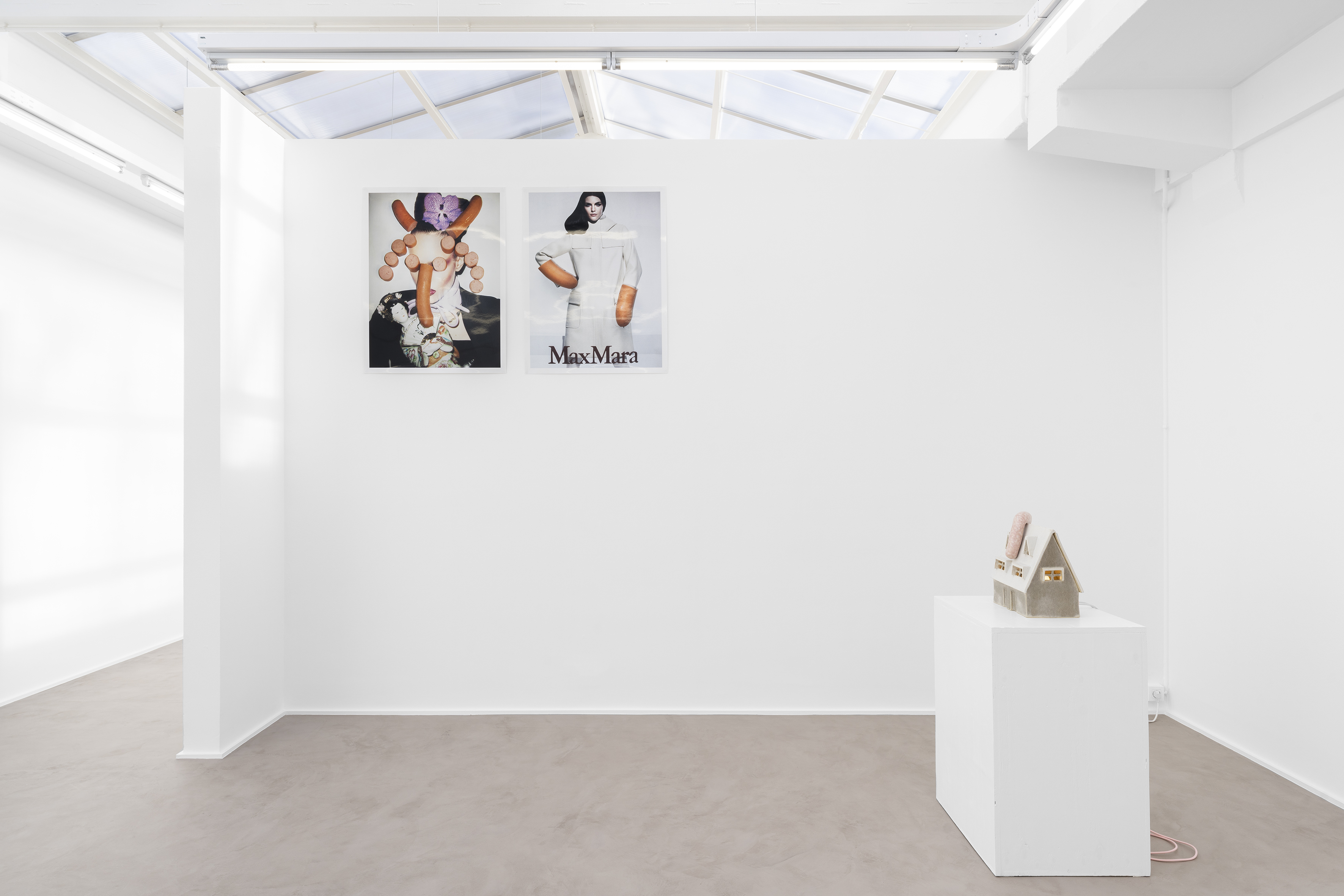 Sausage Party is a group exhibition that brings together works by 24 international artists around the theme of sausages.

The idea for this show originated from a series of hot dog photographs by Lucas Blalock, first shown at White Flag Projects in St Louis, Missouri in 2014. These huge prints feature a myriad of frankfurters in various orchestrated compositions set against a plane pale background. Removing the sausages from their context also means forgetting a certain underlying subjectivity in order to focus on their purely formal qualities.

The ‘sausage’ as a theme, may merely seem amusing, even banal, yet it is striking to note the number of artists, contemporary or who, throughout history, have already approached the subject. The 20th century offers a glimpse and many examples can be found in the works of Magritte, Wols, Polke, Oldenburg, Dichgans and Fischli & Weiss, to name but a few.

Inevitably sausages can be the source of many interpretations. They are world renowned, affordable and thus the culinary habits of various cultures provide them with a multitude of variations. Deeply rooted in a system of large-scale production, an allegory of industrialisation, one might even say ‘fleshification’, the sausage is mass-produced in a process that is usually standardized. A mechanically chewed composite, digested from kneaded residue, it finally emerges in a form that is both phallic and soft.

Sausage Party brings together a selection of historical and recent works that allude to sausages. The choice of the artists is subjective and not exhaustive, and no political nor sociological message should be sought in this selection. It aims to represent the sausage in all its different facets. The title Sausage Party refers to an English expression meaning a party with an exclusively male audience. By literal transposition, this exhibition is exclusively dedicated to the sausage motif, and presents the work of 12 women and 12 men.

Organized by Julie Senden.
Julie Senden has been director at rodolphe janssen since 2016.