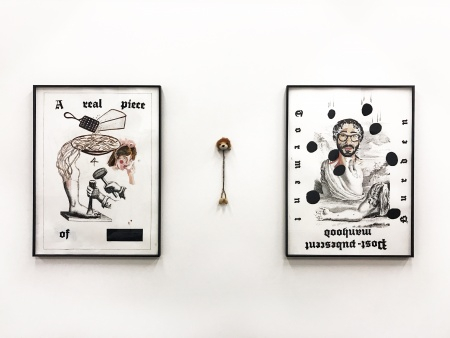 The Grid and The Cloud: How to Connect.

A cloud is deceptive as elusive matter implying lightness, opacity, indeterminacy, and nomadism. Suspended in the atmosphere, frozen crystals and particles are in a transitional state between matter and gaz. The Cloud is now also the carrier and administrator of today’s addictive connectivity. Owned and managed by just a few corporations using tremendous amounts of electricity and water, the use of the cloud metaphor displays an astounding disconnection with reality.

The Cloud as an immaterial host of a free and open connectivity appeared at the beginning of 2000 when the grid as a pattern of “modernity” was certainly exhausted. This simple network of verticals and horizontals suggests openness but also oppression. As such, the electric or urban grid imply infinite structure, open-ended but equally delimitating. With unapologetic rigidity and materiality, the grid can not hide an inclination towards rationalising, controlling power, expansiveness, disciplining and colonising.
Today’s Cloud-based control mechanisms are less visible and less tangible, since “connection” is their fundamental premise. “Making the world more open and connected” – the chief motto of the social media – does involve attention economy, surveillance, or pattern analysis. “Connections” which were classically defined as links, relationships, attachments, or bonds to a person or a thing have indeed become a new raw material. Any “connections” produced by humans online are used for a new form of extractive economy. There has never been a more complete contradiction between the declared “mission to connect” and the commercial reality of capturing and reselling attention through addictive devices, such as “likes” and other feedback loops.
The grid and the cloud map history of hegemonic connections for the young generation of artists, and this project takes them as a framework for our questions. Can the grid be seen as a proto-cloud, or the cloud be considered an “addictive grid”? In order to rethink this issue from different perspectives, this project returns to the earliest models of non-rigid “connections” – a web or a lace – a fine and complex pattern of threads. Multiple patterns of connections and disconnections will be tested. Instead of following a theme, we engage in “exercises in connections” and use the exhibition as a test-site for all kinds of bonds – emotional links, aesthetic affinities, theoretical proximities and personal ties. Can we un-grid and re-connect?

The Grid and The Cloud: How to Connect. is conceived as an open score, rather than a rigid structure, a tool to analyse connectivity, its threats, risks and collateral effects. At the end of the exhibition, we will produce a map, a chart, or a list outlining all the internal and external connections of the exhibition to the outside world, and between the works exhibited, embracing the format of a fictional classification, “from glitch to riot”. It will design several alternative displays, as they could have been.