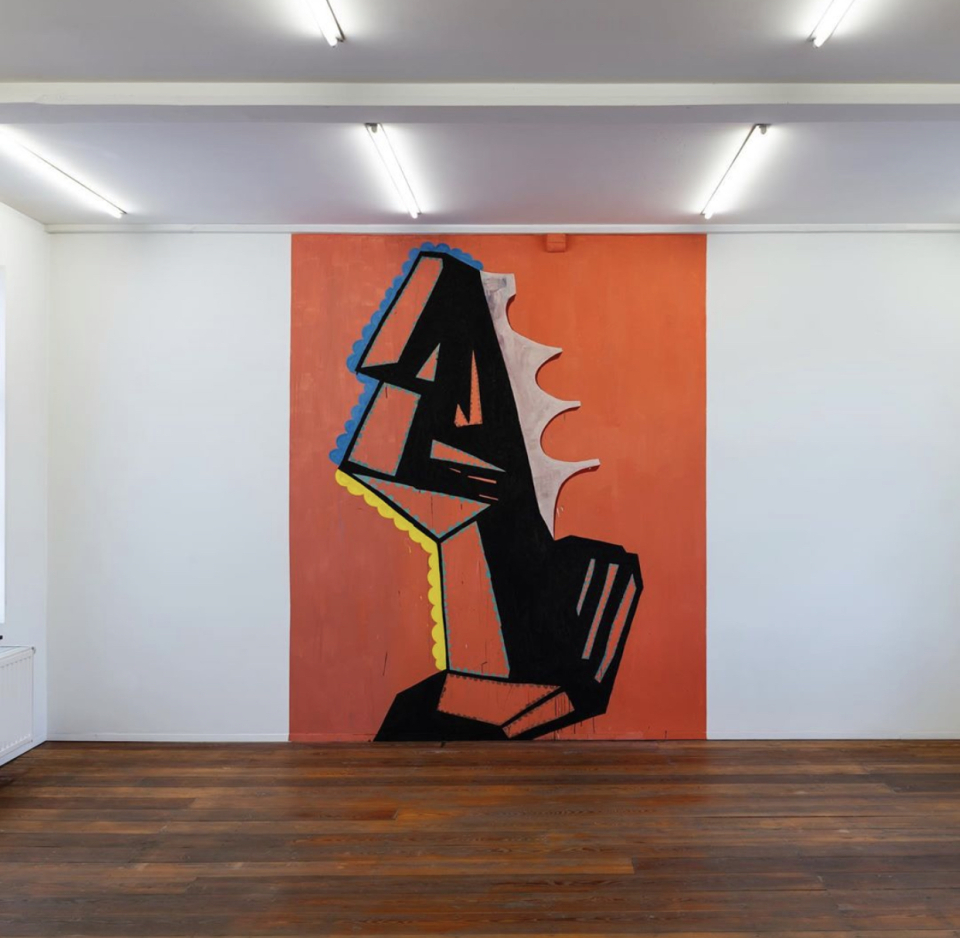 In the extensive oeuvre of Roger Raveel (1921-2013), the murals occupy a special place. He started experimenting with it early in his career. He reached a first high point with a fresco in the entrance of a private home in Astene-de-Leie (1955). His most famous murals are in the Castle of Beervelde where in 1966-67 he, together with Raoul De Keyser, Etienne Elias and Reinier Lucassen, transformed the basement corridors into a monumental, in situ artwork. Numerous other projects with spatial painting followed in private and public buildings.

The Roger Raveel Museum brings the special discipline of murals into a current one
context with interventions realized specifically for the occasion by six artists who have already done so
exhibited in the museum. For a number of them - Jana Cordenier, Tatjana Gerhard and Carole Vanderlinden - it was the first time that they used the walls of a building as a support for a painting. Matthieu Ronsse, Koen van den Broeck and Sophie Whettnall have already made murals and are adding a realization in the Raveel Museum.
The new works of the six invited artists can be seen in various exhibition spaces of the museum. They are interspersed with projected photographic images of Roger Raveel's fresco from 1955 and the murals in the Castle of Beervelde. Finally, the exhibition again draws attention to an in situ painting by Mitja Tušek that was realized on the courtyard of the former presbytery building on the occasion of the Biennale of Painting in 2014.