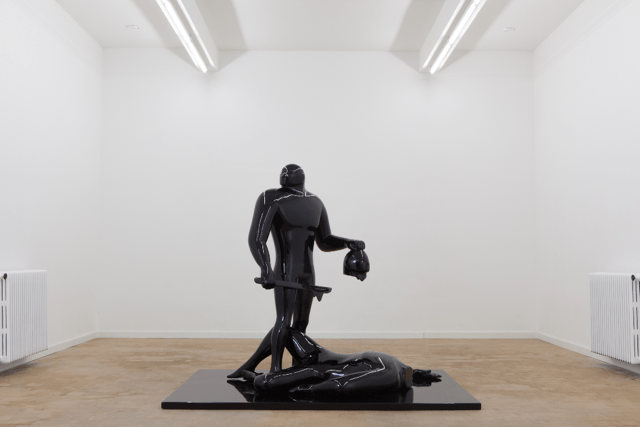 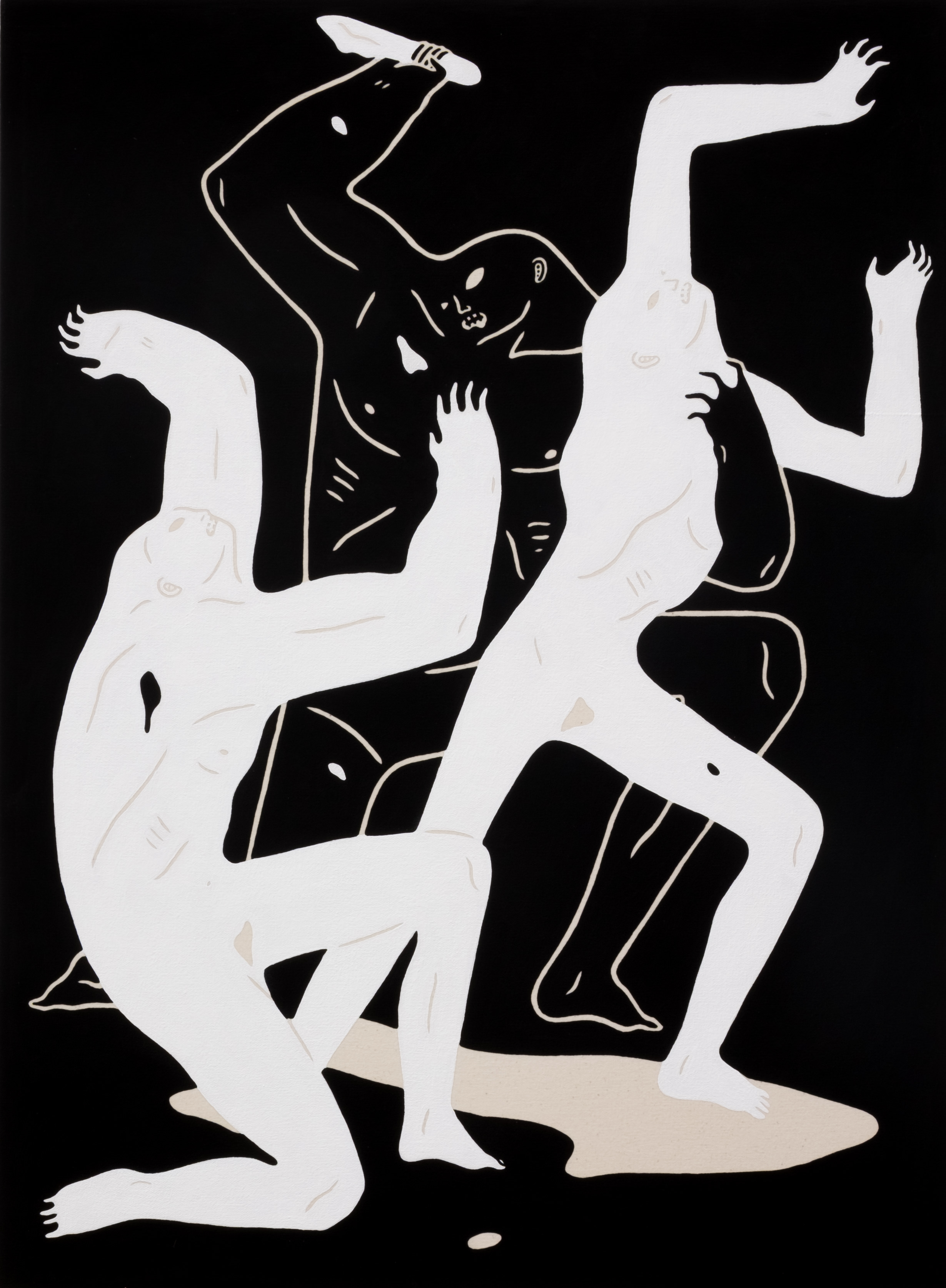 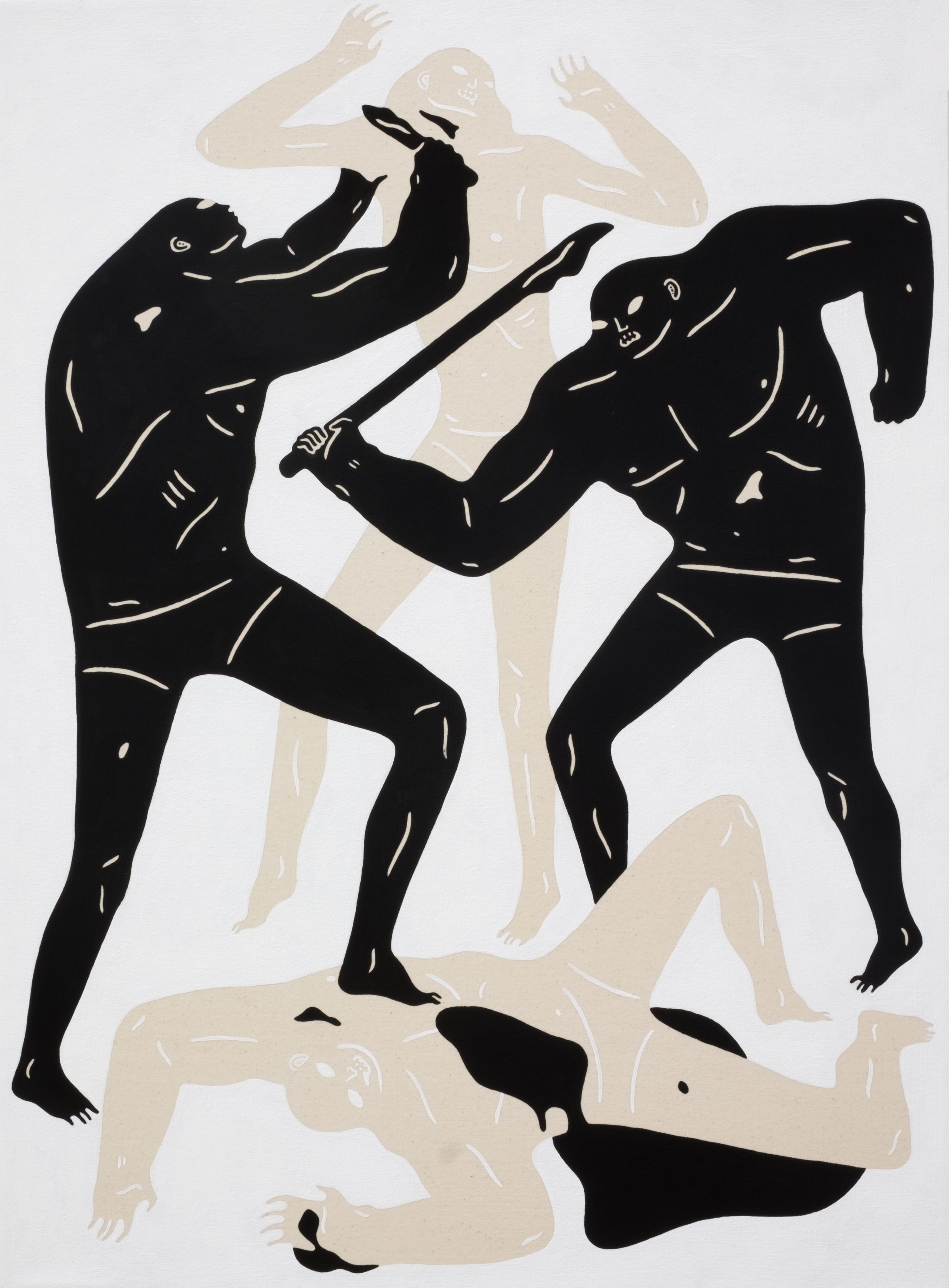 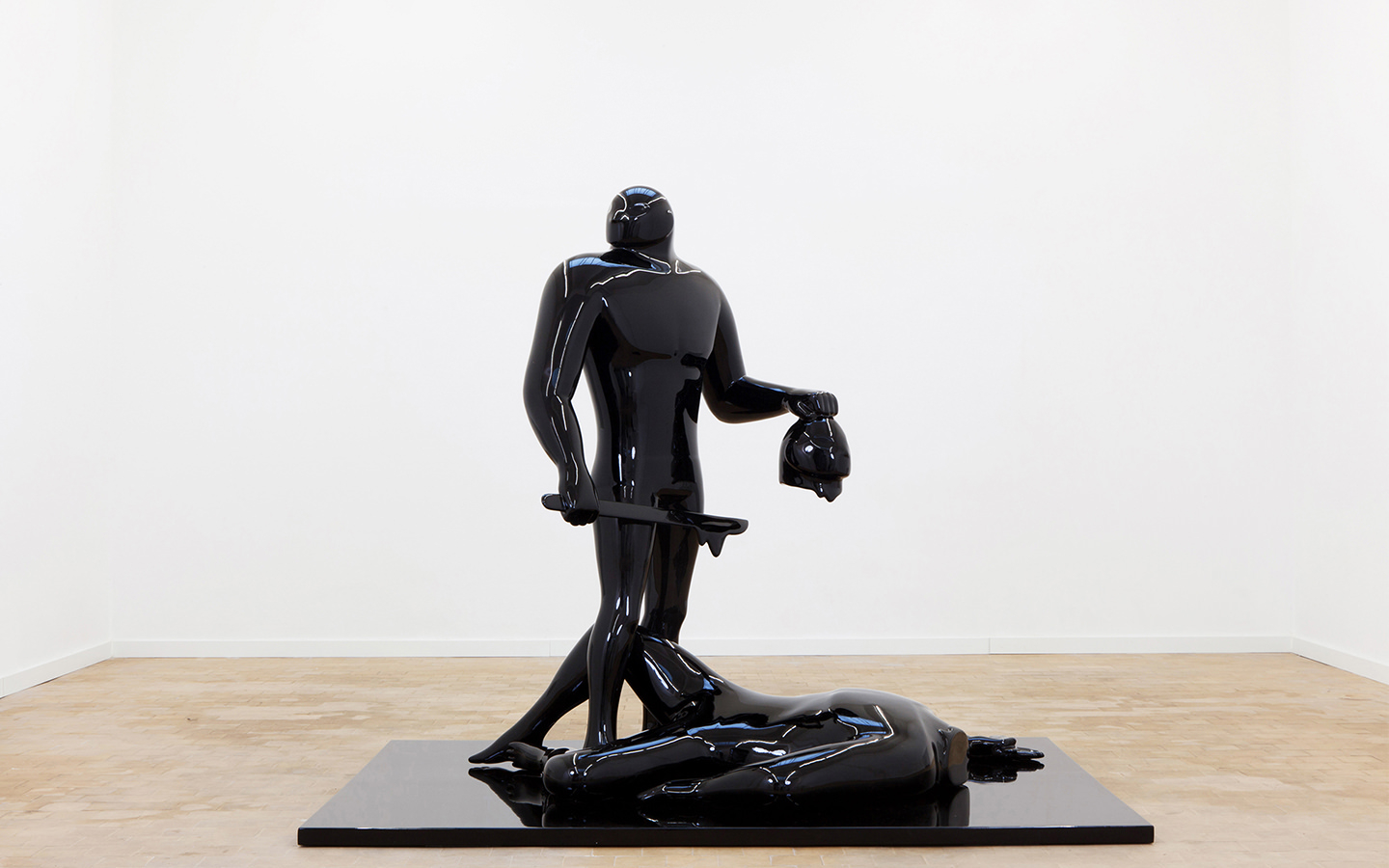 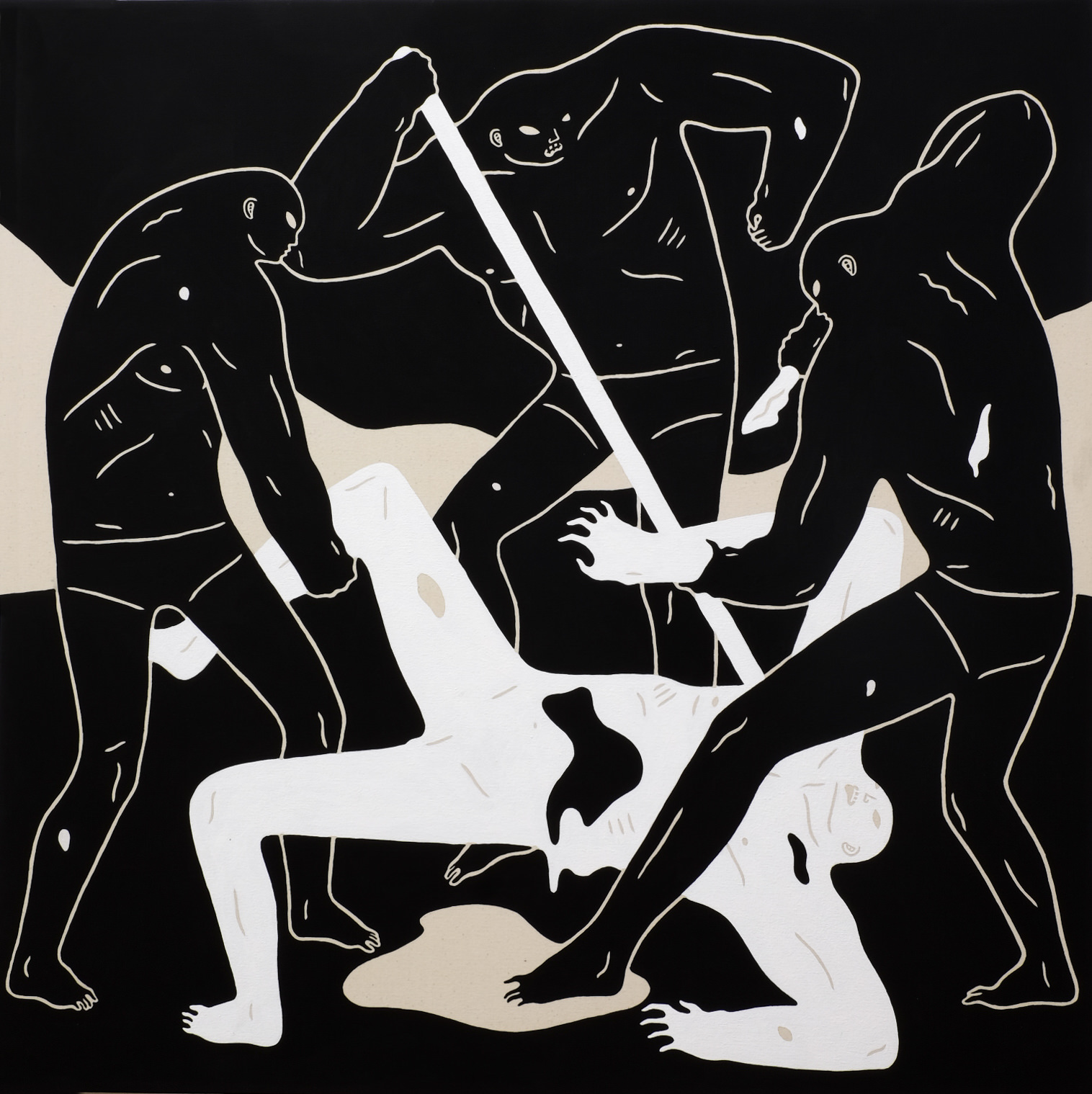 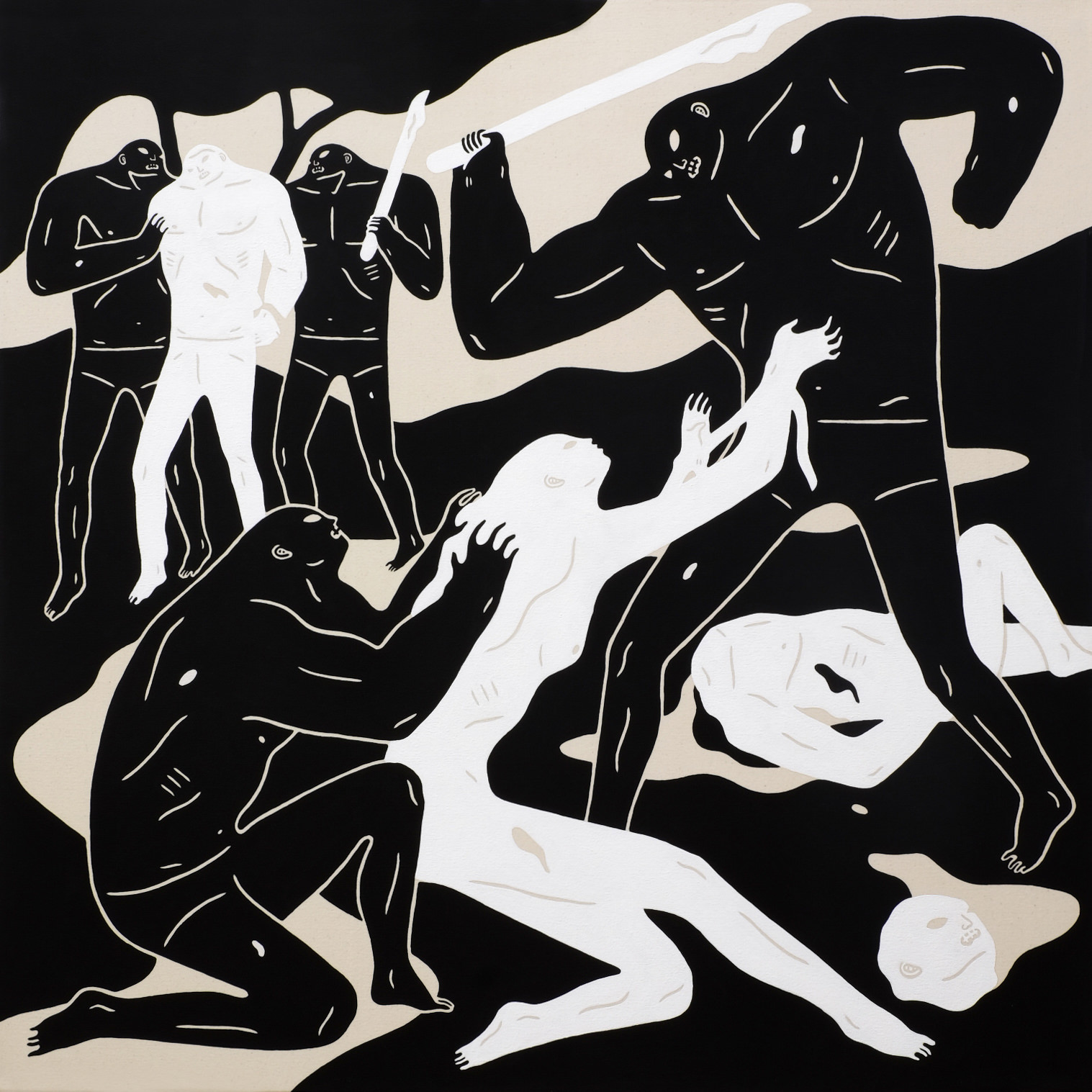 PLUS ONE is pleased to announce ‘The Judgement’, a solo exhibition by Cleon Peterson. Cleon Peterson is an LA based artist whose chaotic and violent paintings show clashing figures symbolizing a struggle between power and submission in the fluctuating architecture of contemporary society.

The exhibition, co-curated in league with Case Studyo, will show his most recent paintings and —for the first time in Europe— a large life-sized sculpture.

With ‘The Judgement’, Cleon Peterson presents a further propagation of his body of work referring to a world of brutal and violent chaos. Unlike his previous work in which the omnipresent aggressors all looked alike as if spawned from the same faceless mold, straight into a casteless and unstructured world, the artist has started to incorporate figures which clearly differentiate from each other: Representing a dual order, in black and white, of those who have, and those who have not.

“These new paintings are about the violence we’re living with today, a violence that’s become the new norm. The new era of religious and ideological warfare brought on by otherness, powerlessness within the individual and the desire to have meaning in life. This is a conversation about people with a thirst for revenge striving for power. In the end whoever has the power will make the world in his or her own likeness.” — Cleon Peterson.

The life-sized sculpture —quite literally the pièce de résistance of the exhibition— shows two of his most representative figures in this perpetual power struggle: Identical, and undistinguishable from one another but for their role of victor and victim in the depicted scene. It attracts and it disgusts; A gruesome tableau that instinctively repulses, presented in the guise of a powerful statue that demands worship. Not only because of its aesthetic qualities, but because it fuels our morbid fascination with the kind of cruelty that has become a mediatized spectacle.

“I think that the world and people’s motives are exceedingly complex and what seems heroic and just on one side is often the opposite on the other.”

The imagery of Cleon Peterson is not only strong because of its striking visual quality and its relevance to our world today. Although all too easily associated with the barbaric sectarian violence in the Middle East and escalating excrescence that is the current geopolitical turmoil, it’s also deeply rooted in Western cultural history, from the classic Greco-Roman vases depicting warriors and battles, to the marvelous decapitation paintings of Caravaggio and violent masterpieces of Goya.