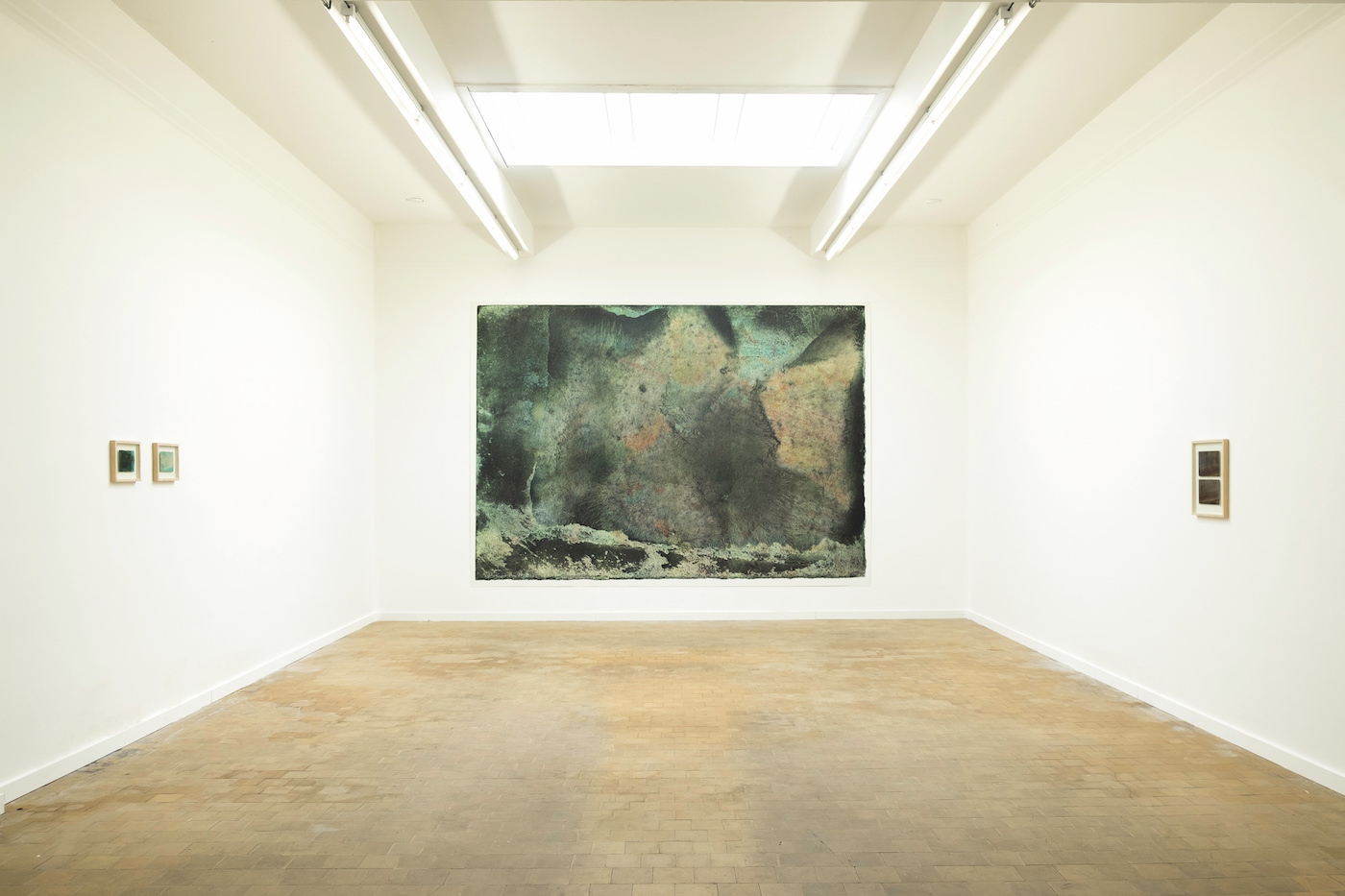 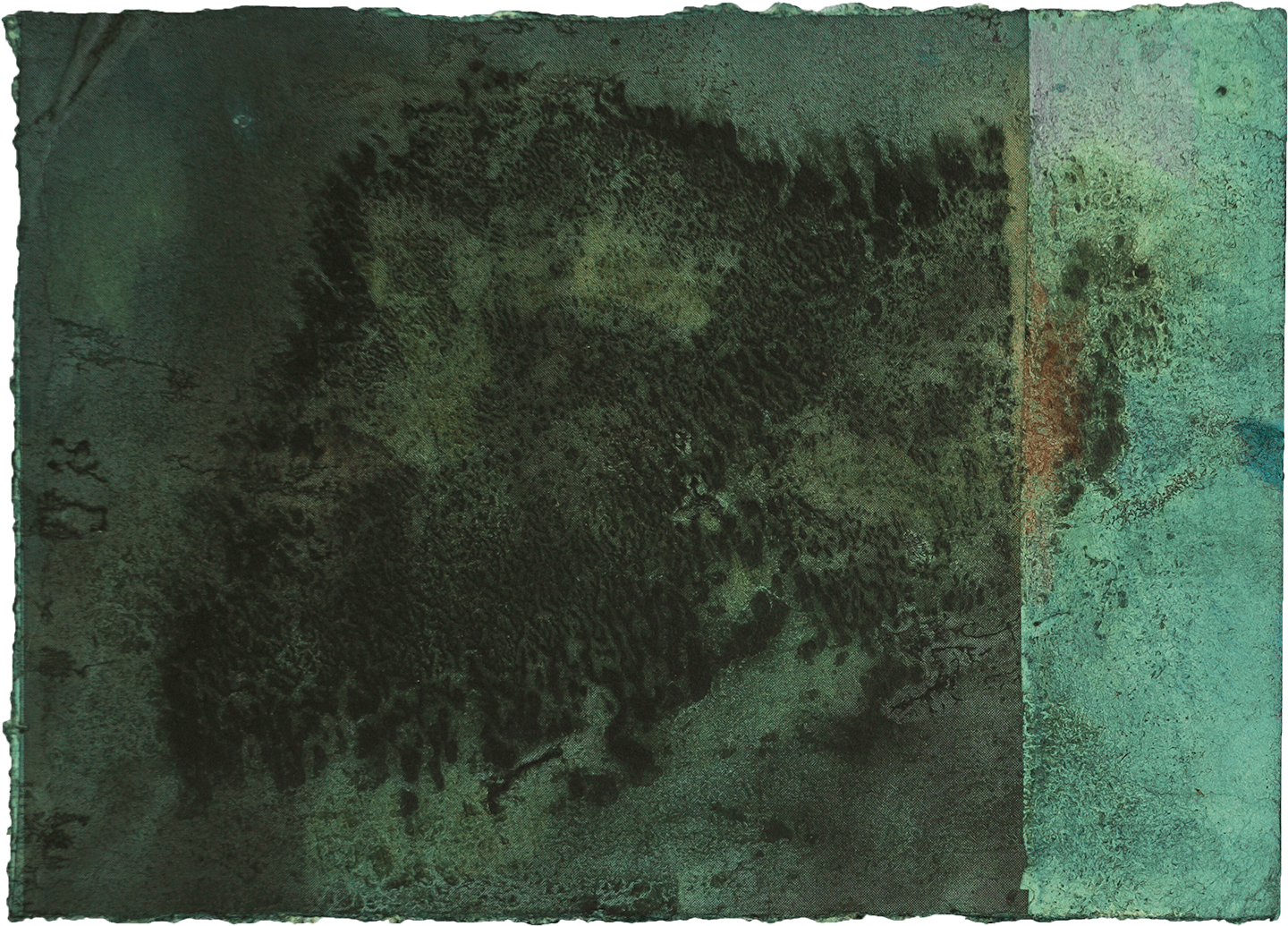 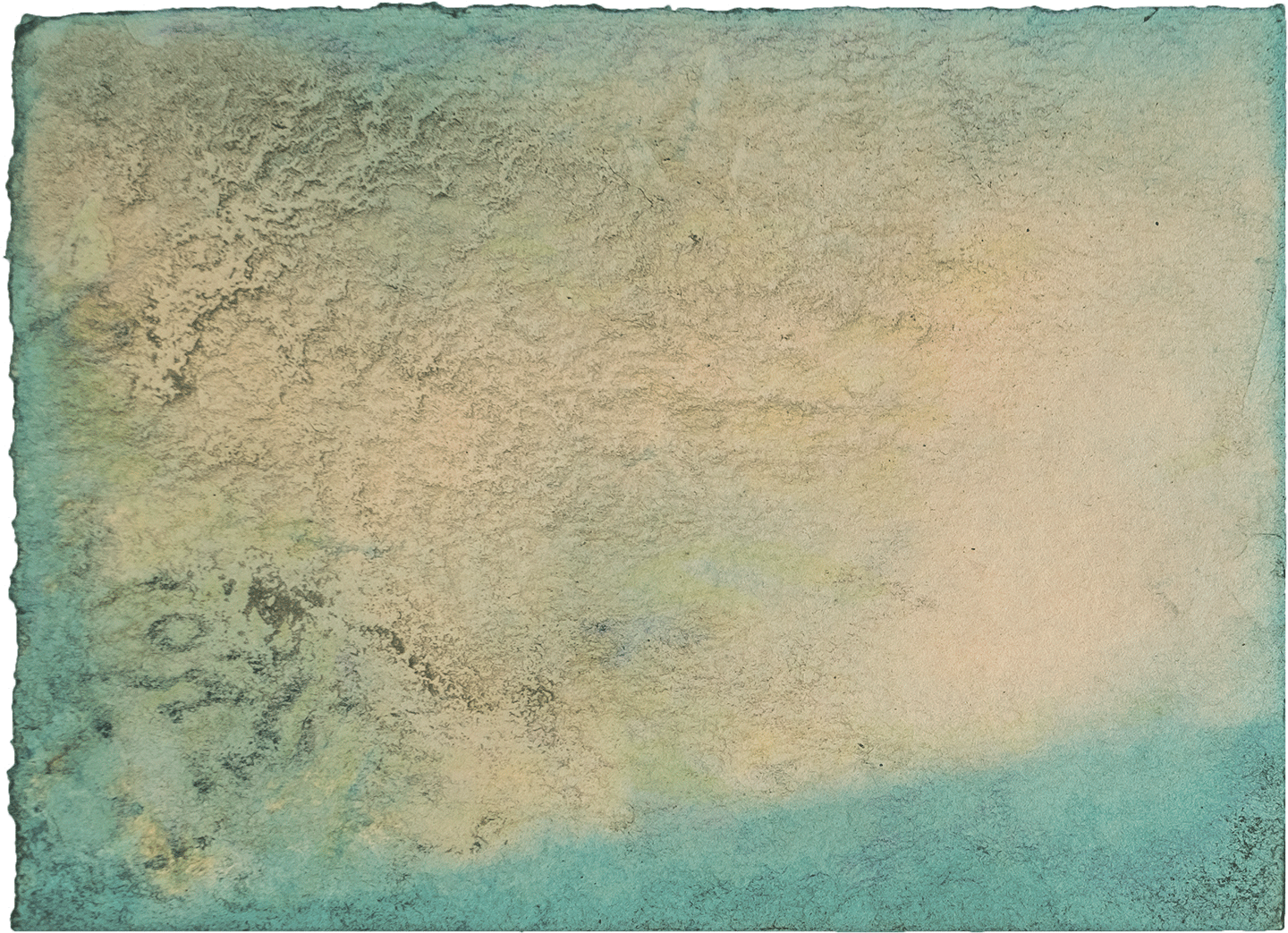 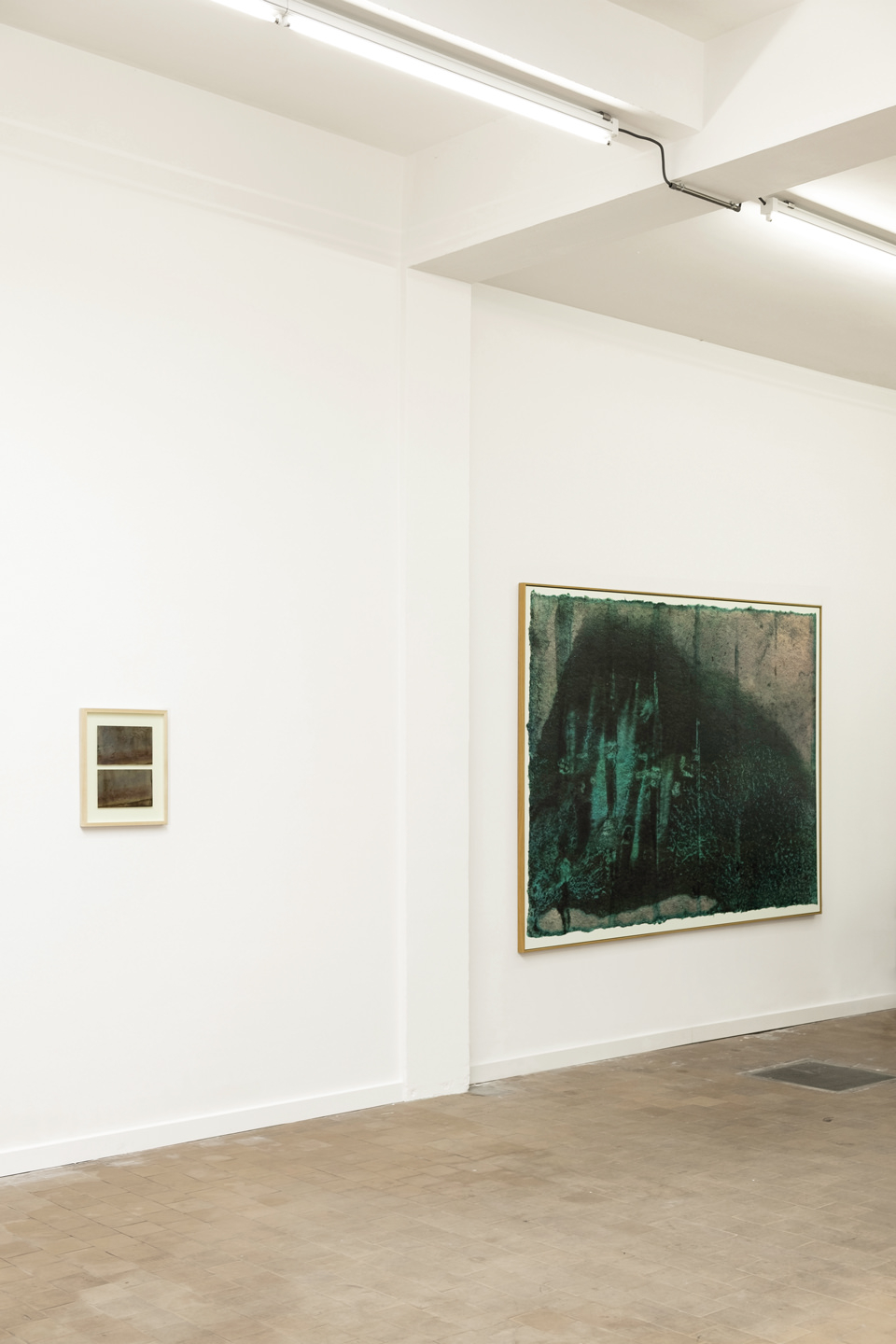 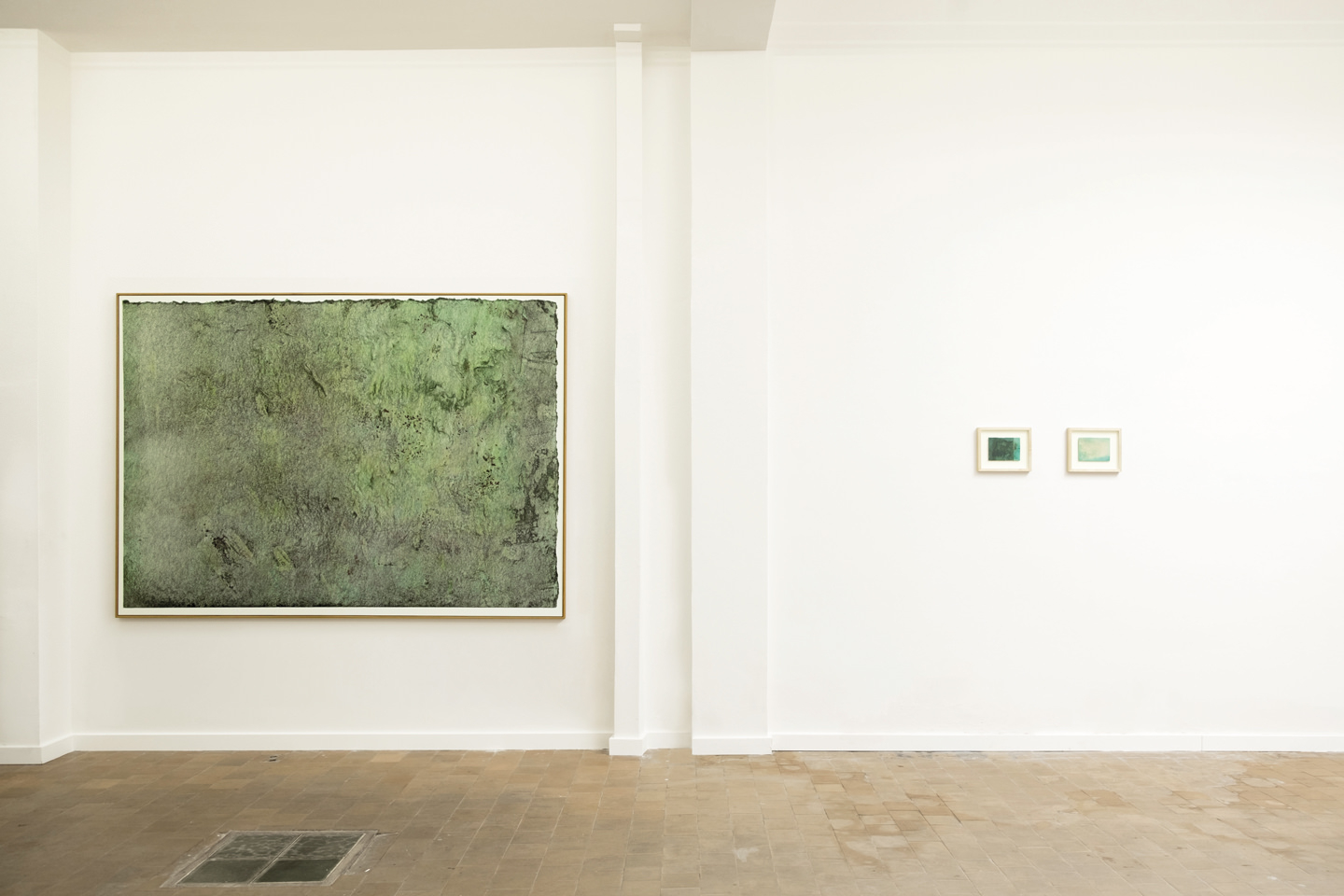 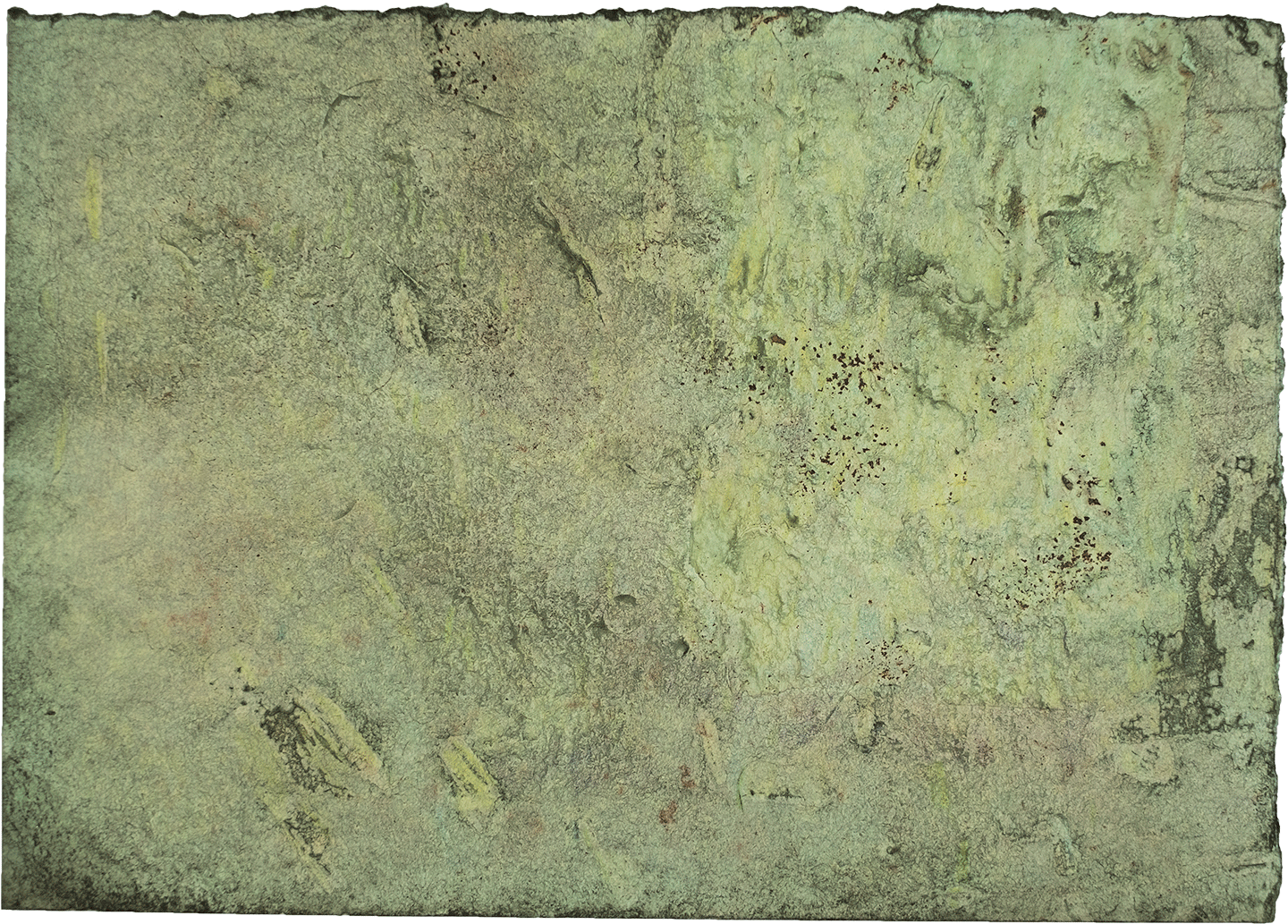 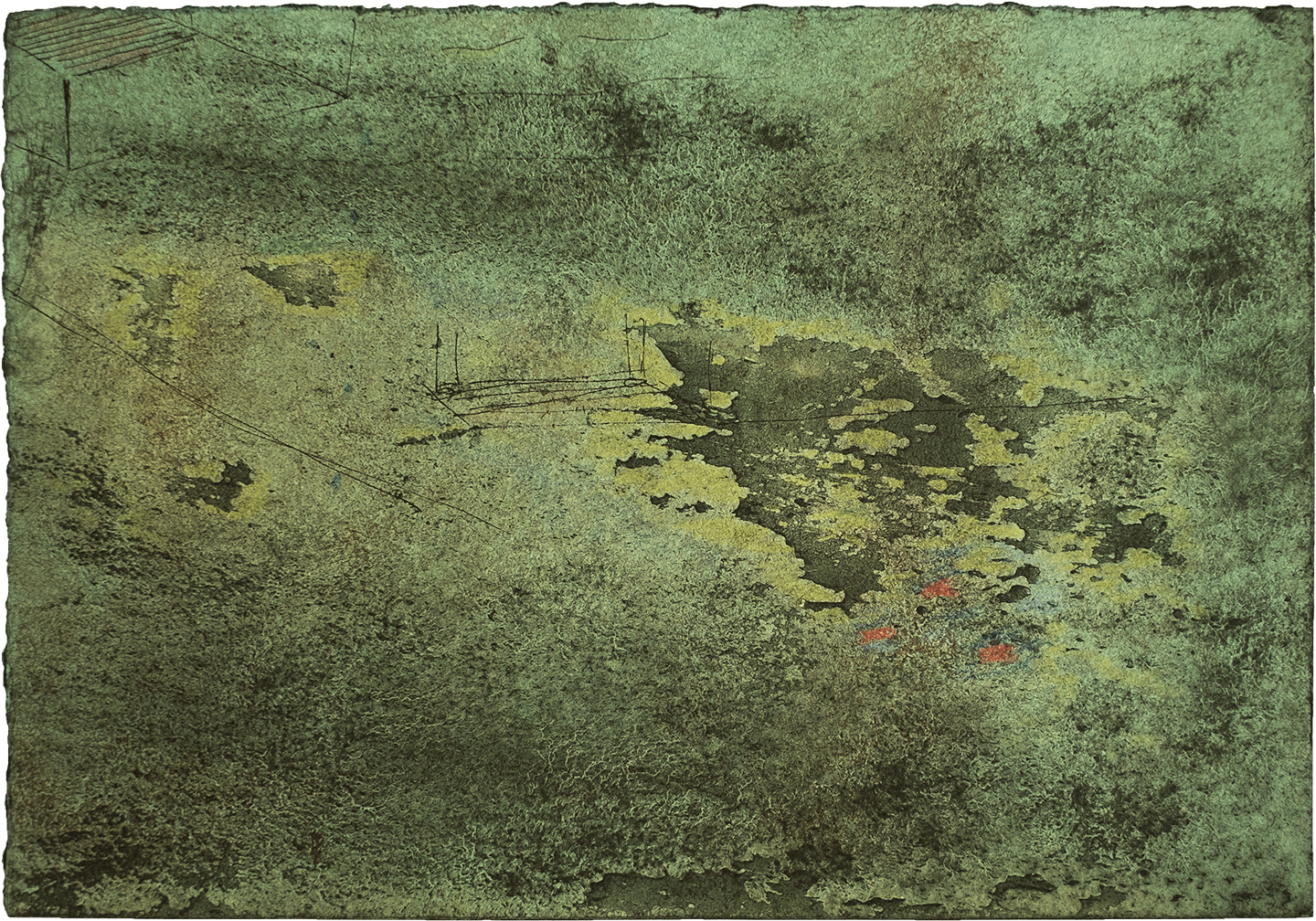 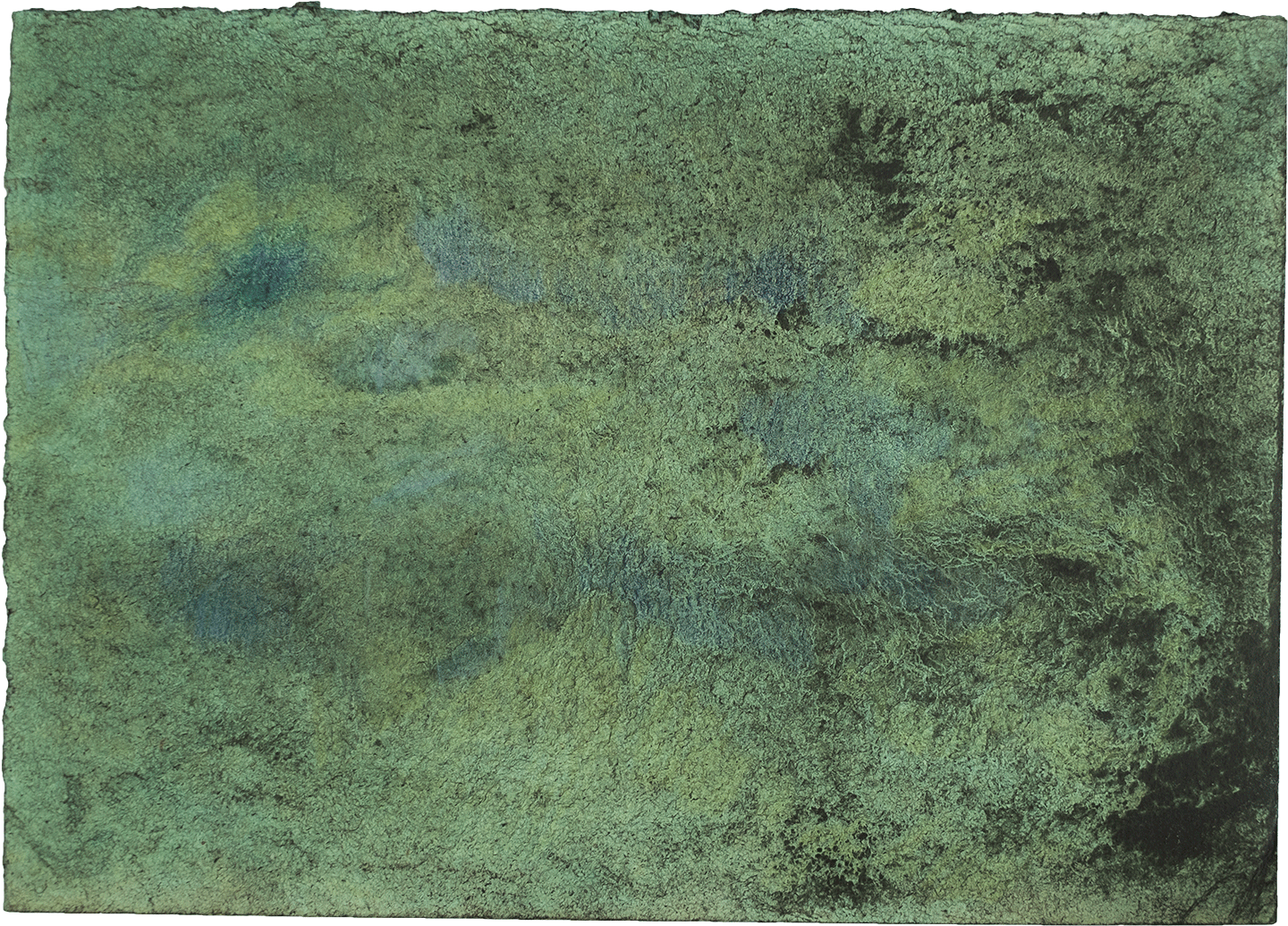 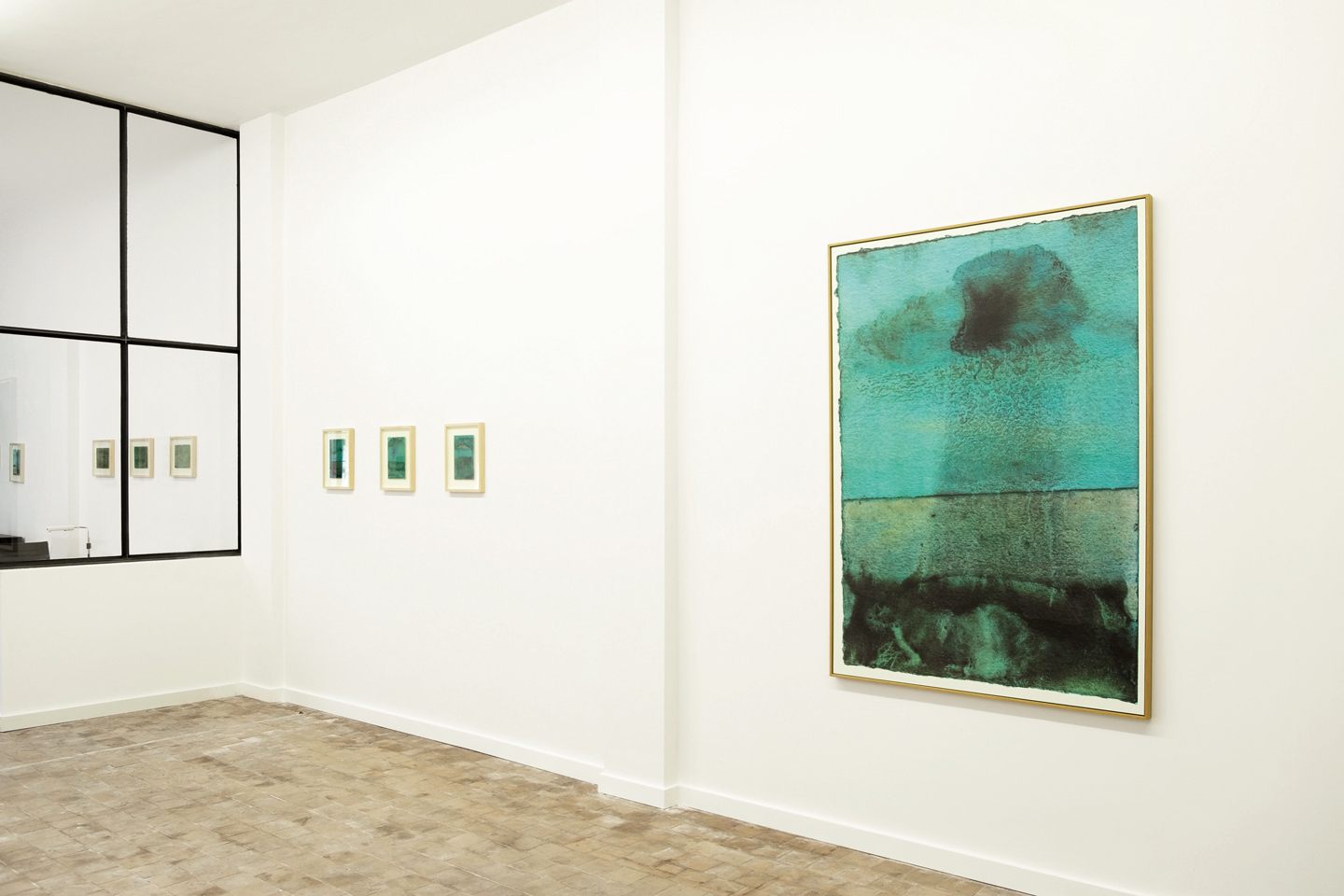 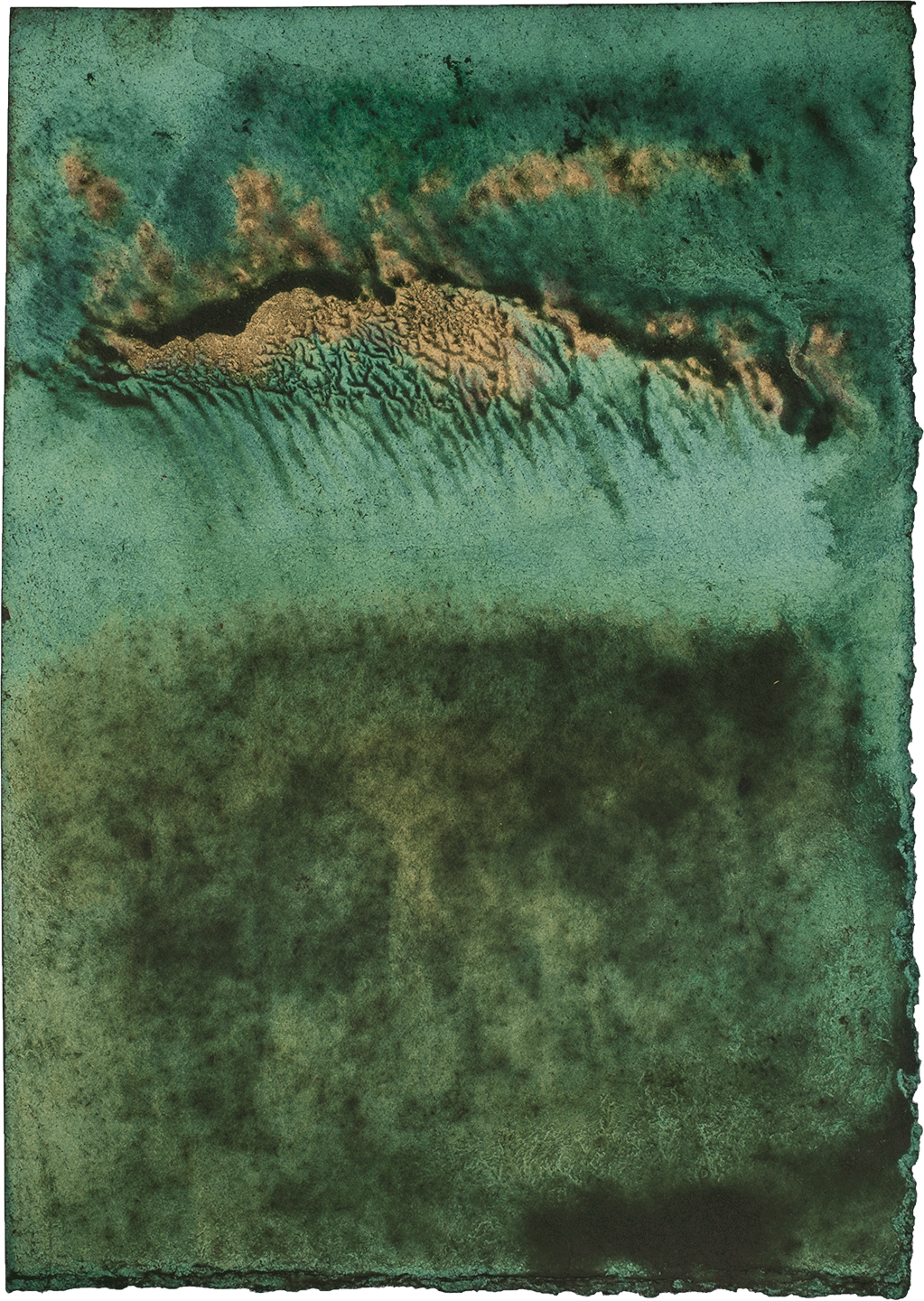 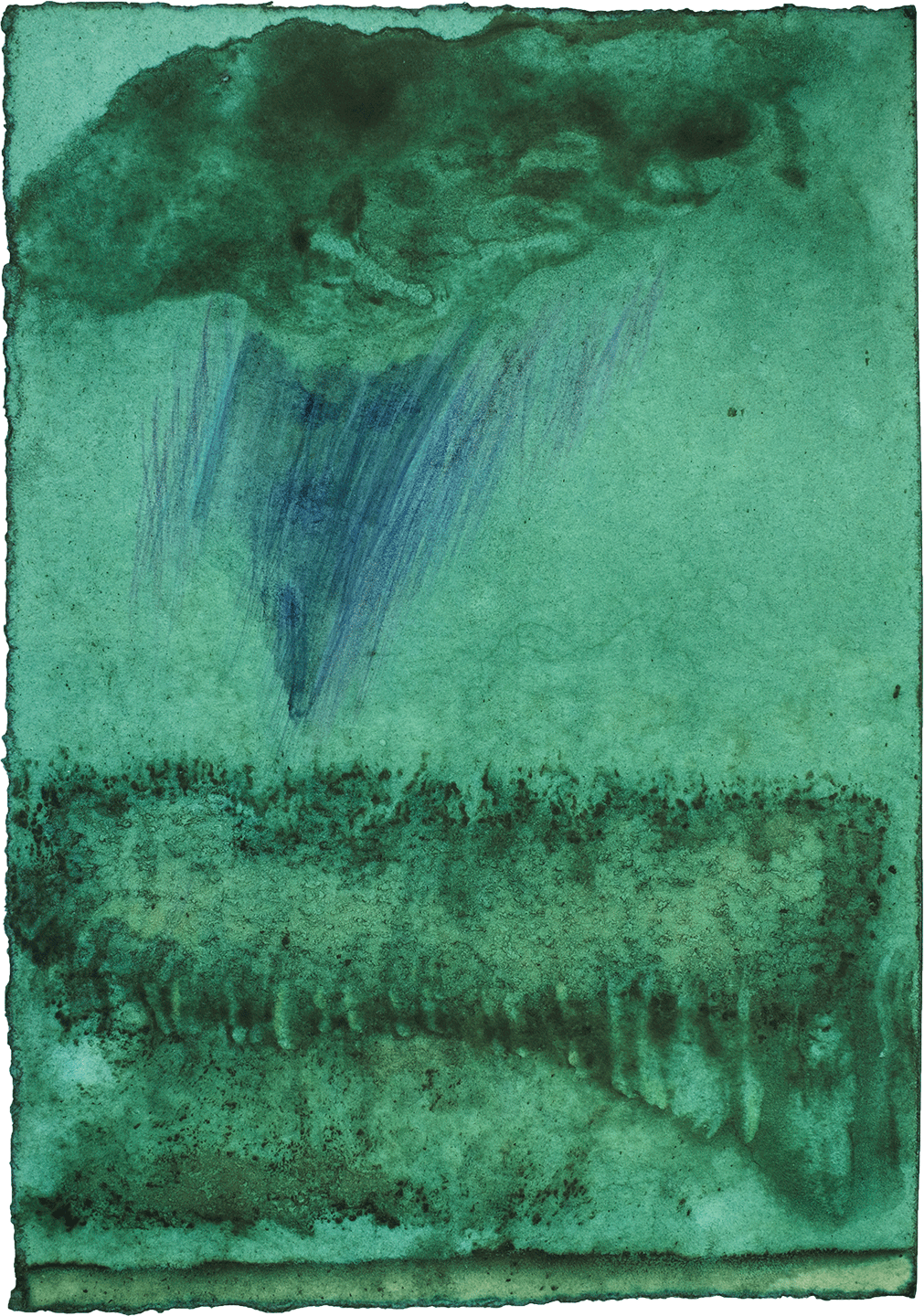 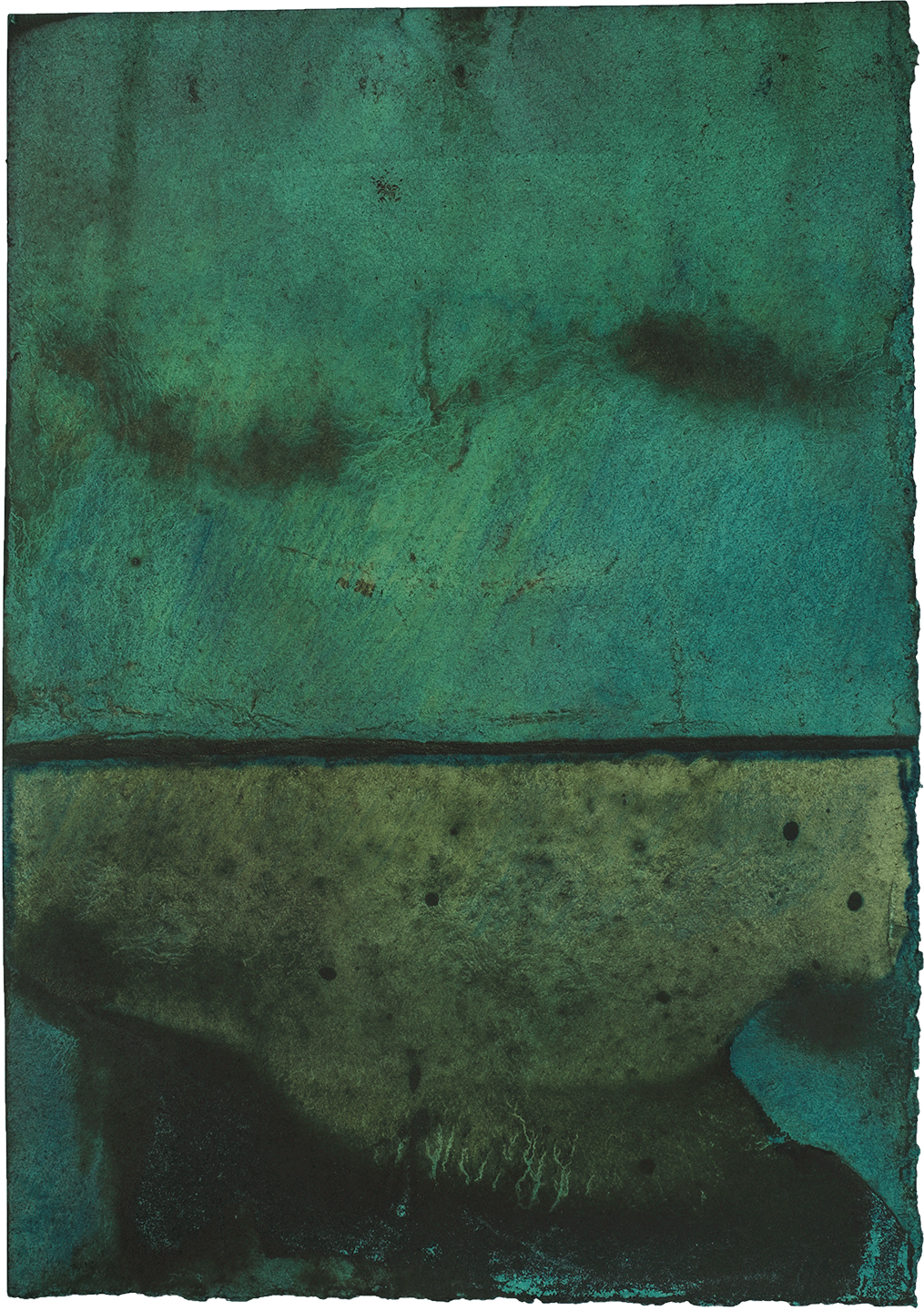 PLUS ONE presents Rashomon, a solo exhibition of Belgian artist Jean-Pierre Temmerman (1957).
The exhibition reveals previously unseen works from the past 15 years — both small, intimate watercolour paintings and large, monumental works. The idyllic, dreamy works Temmerman makes on small pieces of paper recall nature and landscape scenes. A large spectrum of often oxidized shades of green and brown predominate the works.

Time is an important factor as it often takes more than 10 years before the works get their mysterious depths and oxidized colours. The result of a long and patiently executed process. By strongly enlarging some of these smaller watercolour paintings, Temmerman is creating (monu)mental landscapes that invite the viewer to watch, dream and travel in the mind.
The enlargement results in powerful yet sensitive works.

‘Rashomon’, the title of the exhibition, is referring to the 1950’s cult film by the Japanese director Akira Kurosawa.
The main protagonists in this film are providing alternative, self-serving and contradictory versions of the same incident. The film suggests not only that the absolute, objective truth does not exist, but also provides a prominent role to nature, as does Temmerman. Nature never judges and considers all life as equal. The fascination for the two faces of nature - both romantic and brutal - is omnipresent in the work of Temmerman.

Although the exhibition presents new work, the watercolours bear the unmistakable stamp of Temmerman. Again they can be defined as "mental landscapes": works that are the result of intellectual and emotional reflections, of reality and abstraction. Works that can both lead to harmony or chaos. All images are part of a larger whole, but also of a greater, never-ending movement, a film of successive sequences. In this way stories appear, not with a beginning and an end, but with open structures.

We could say that, after a long absence, artist Jean-Pierre Temmerman is finally back!