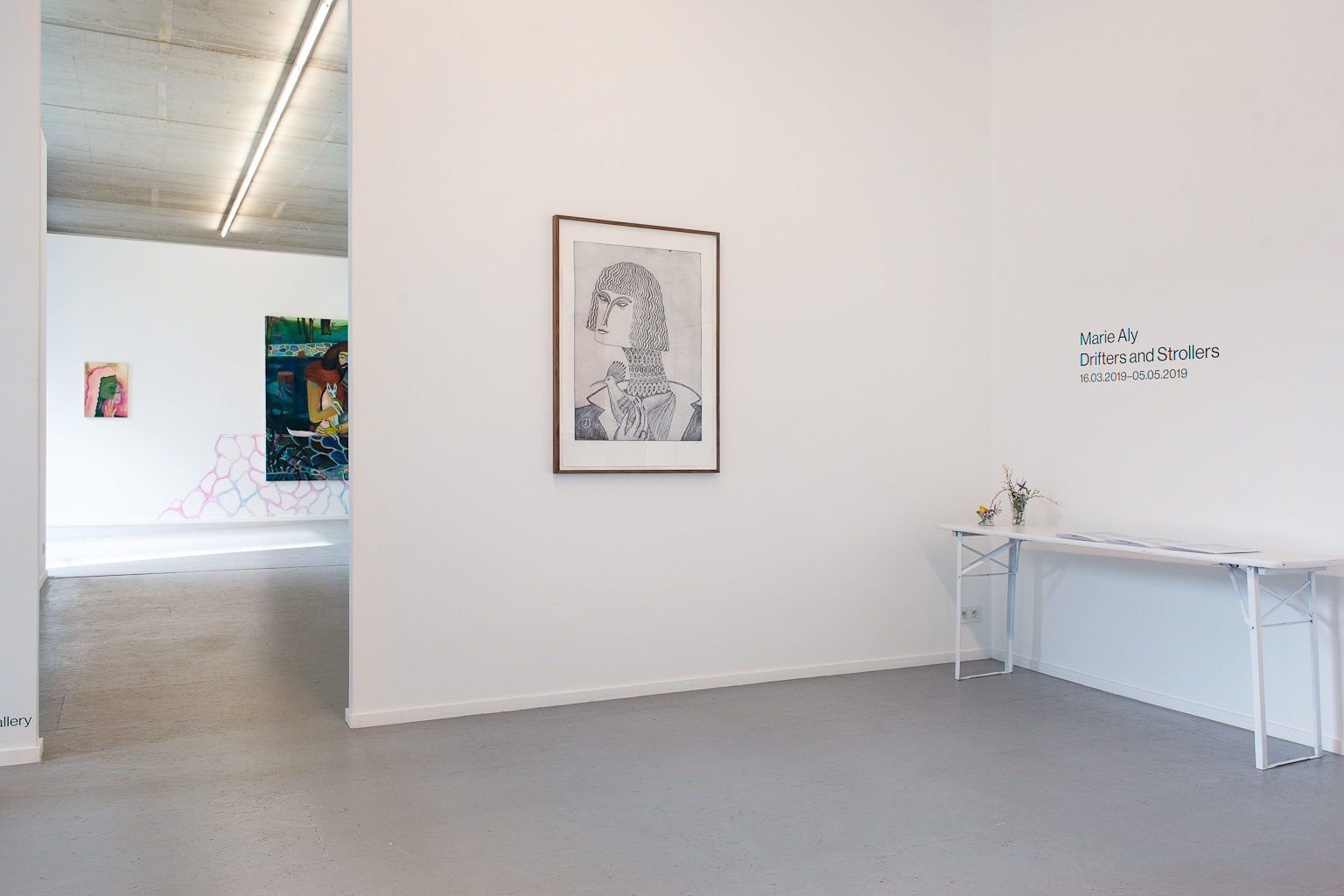 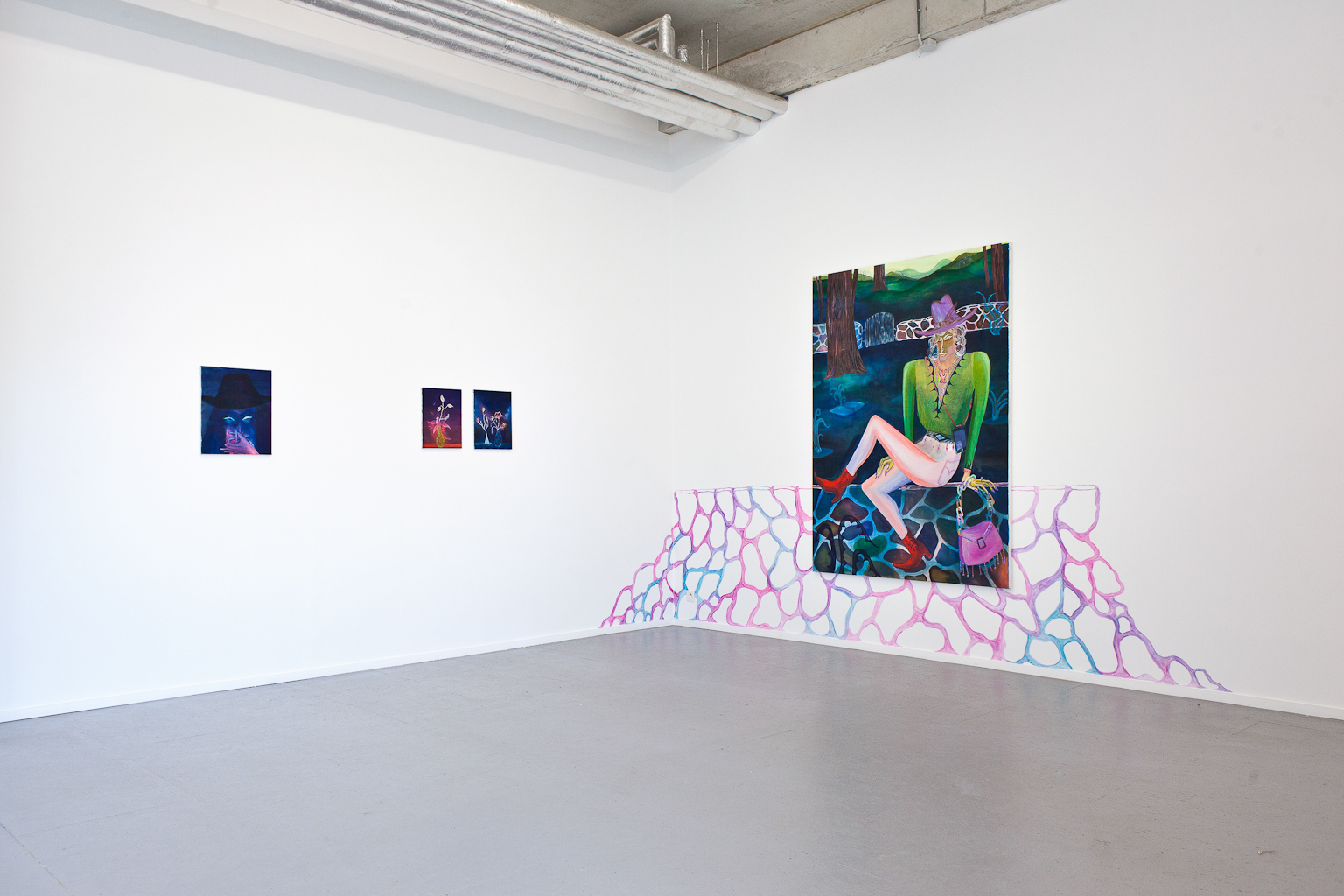 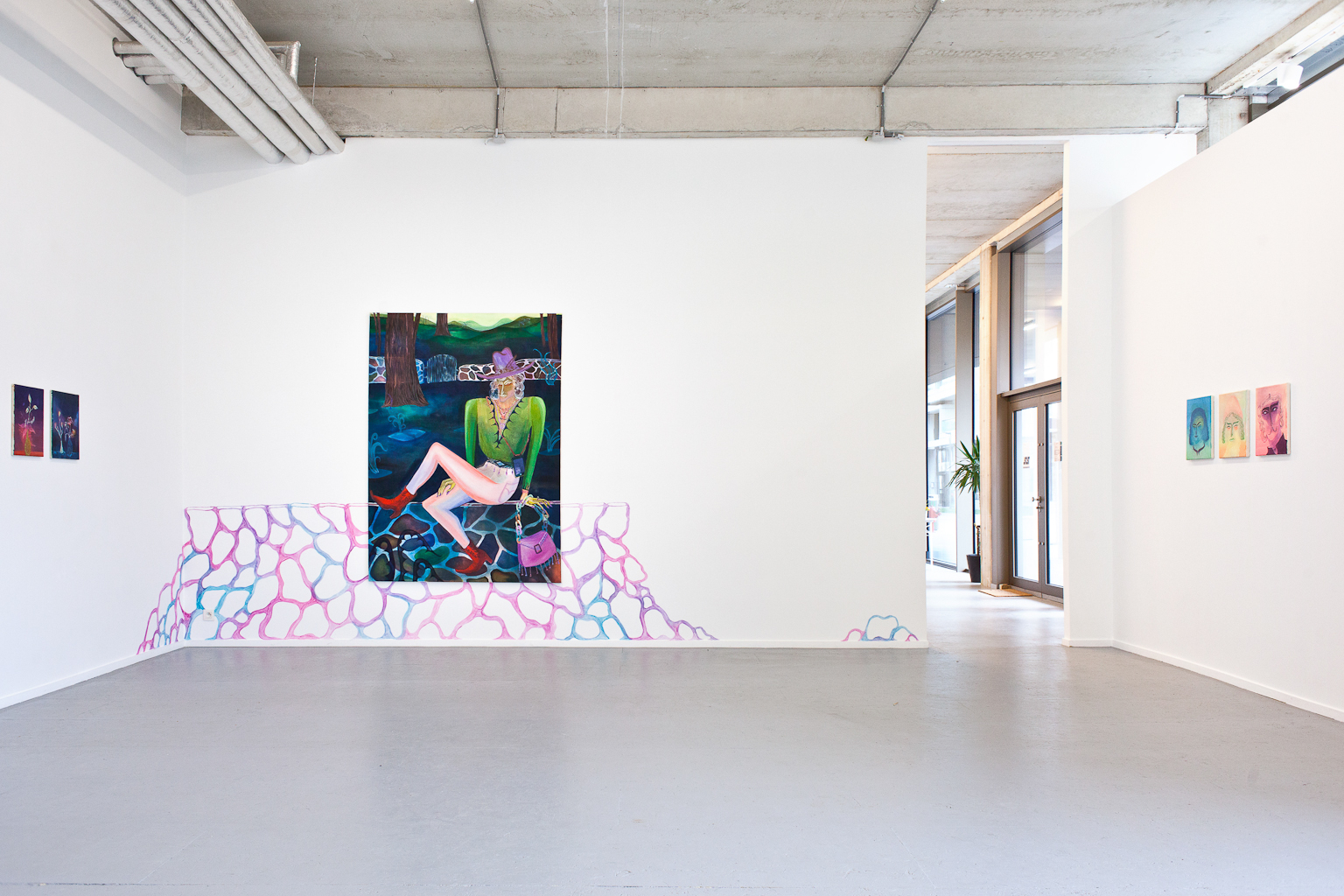 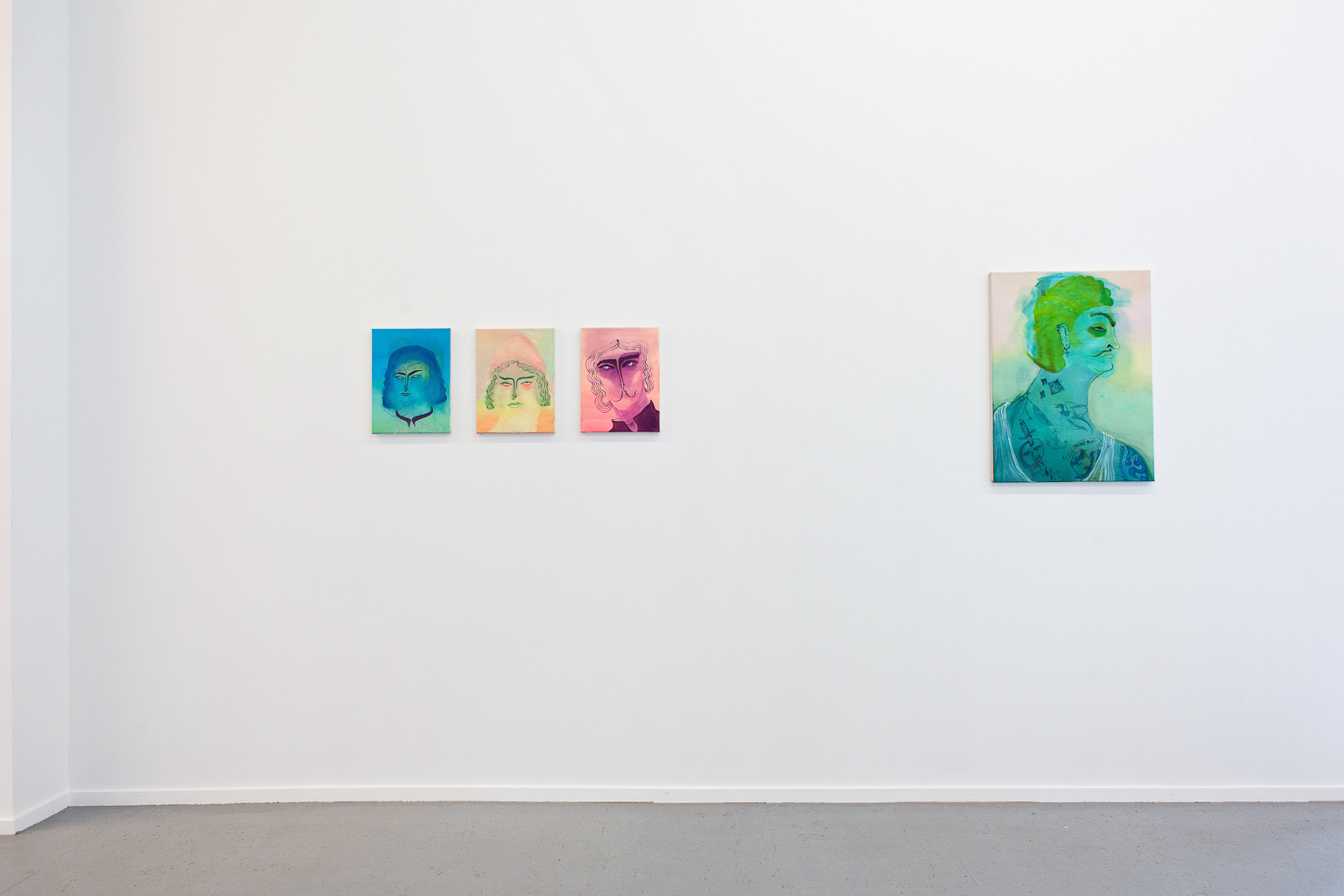 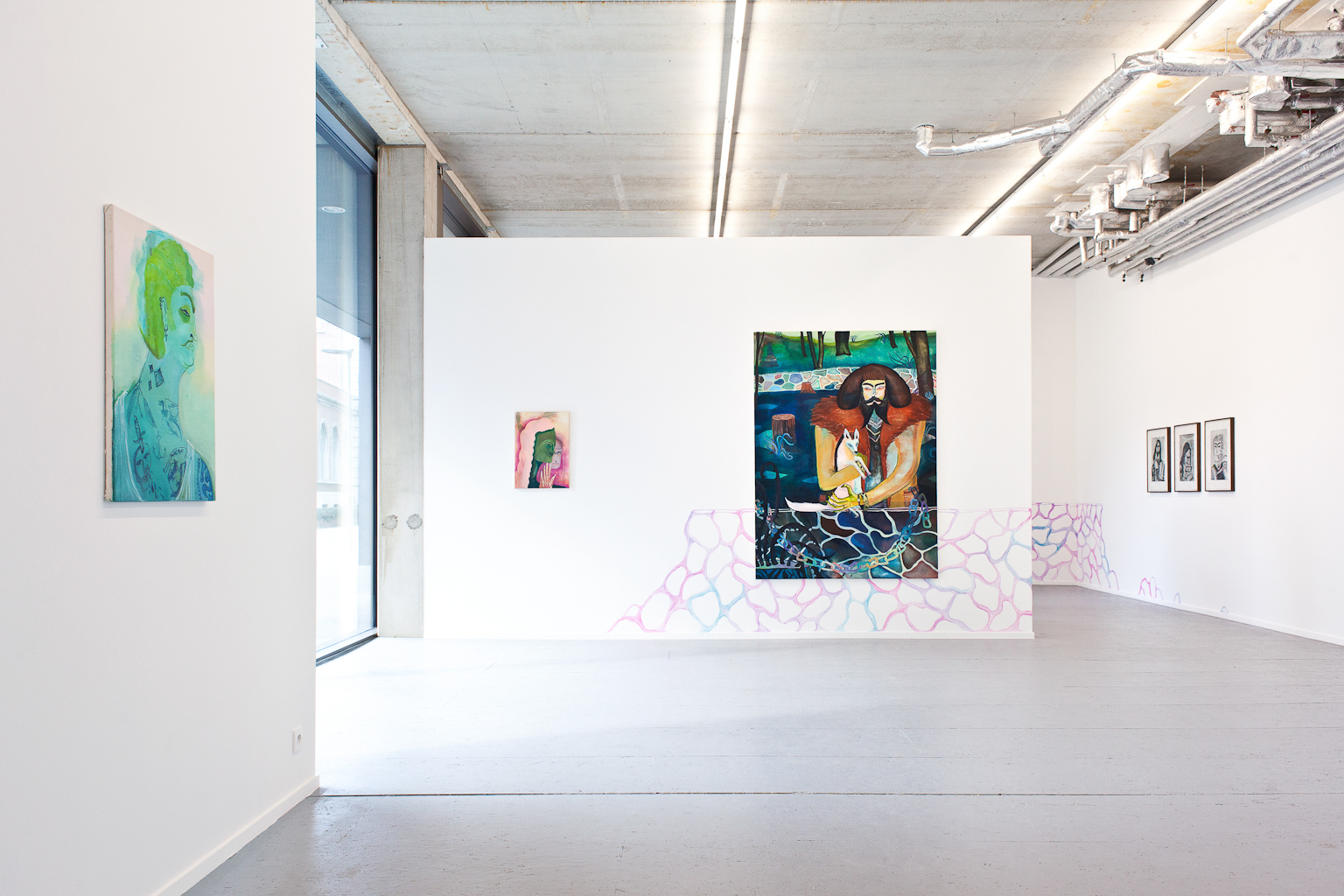 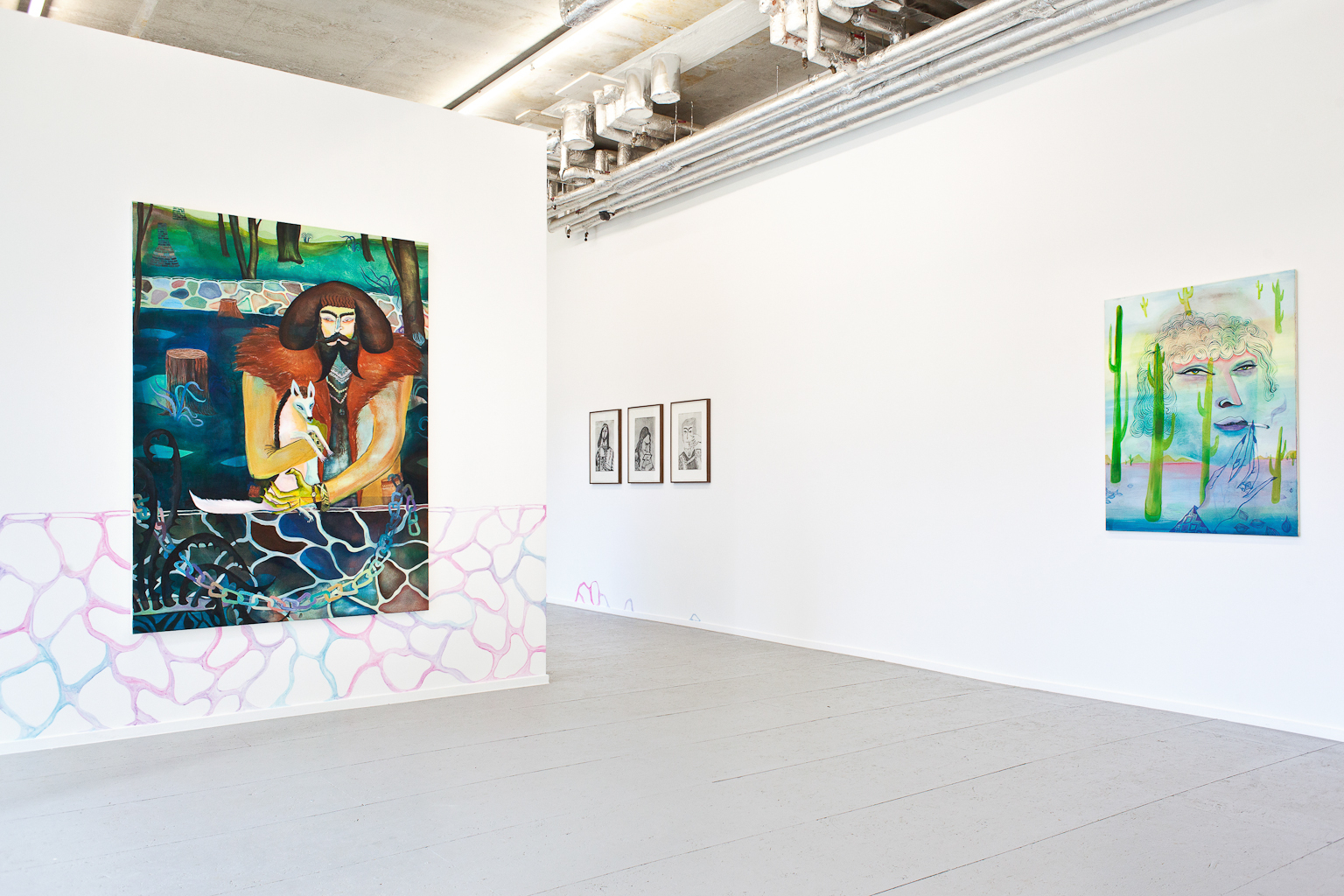 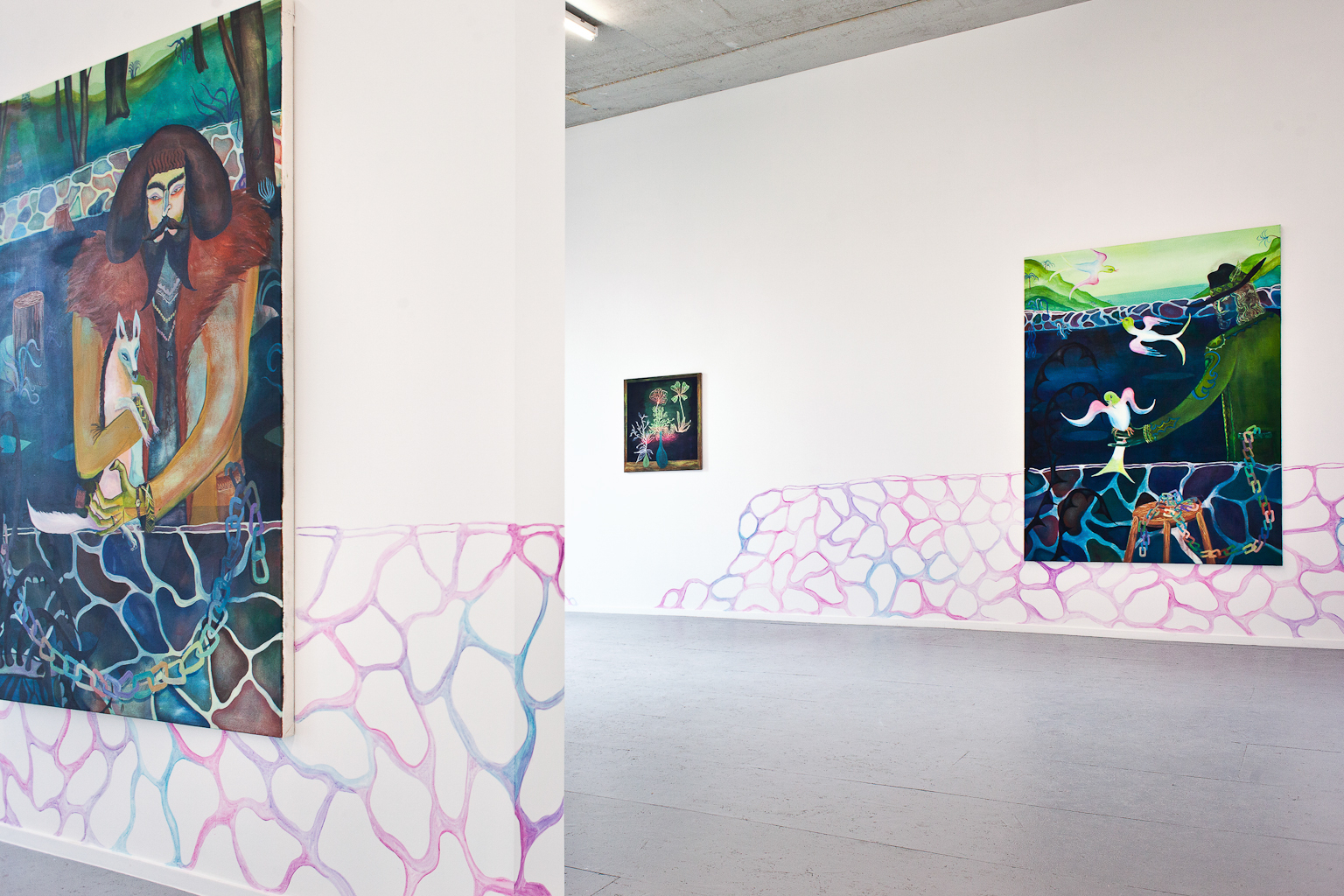 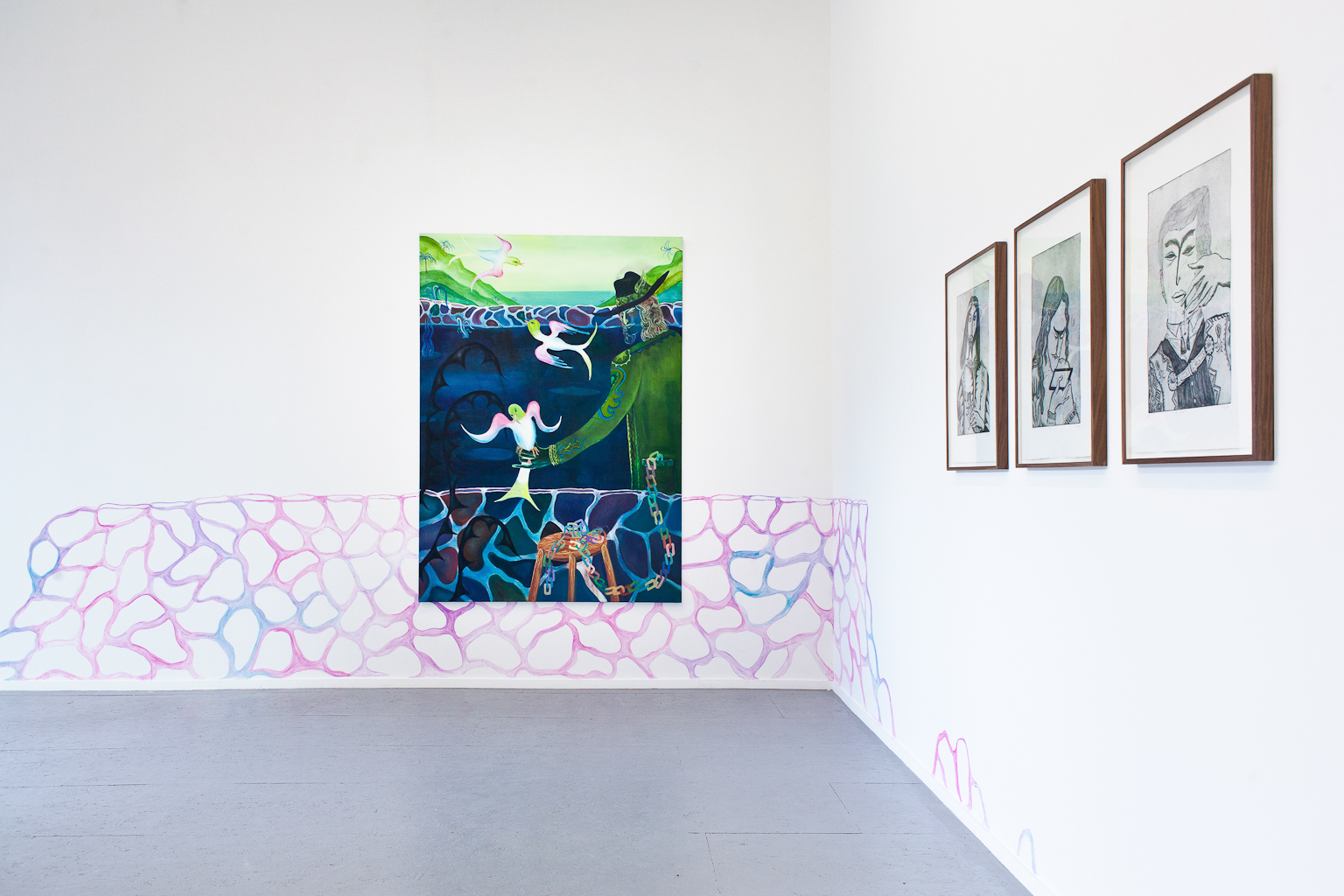 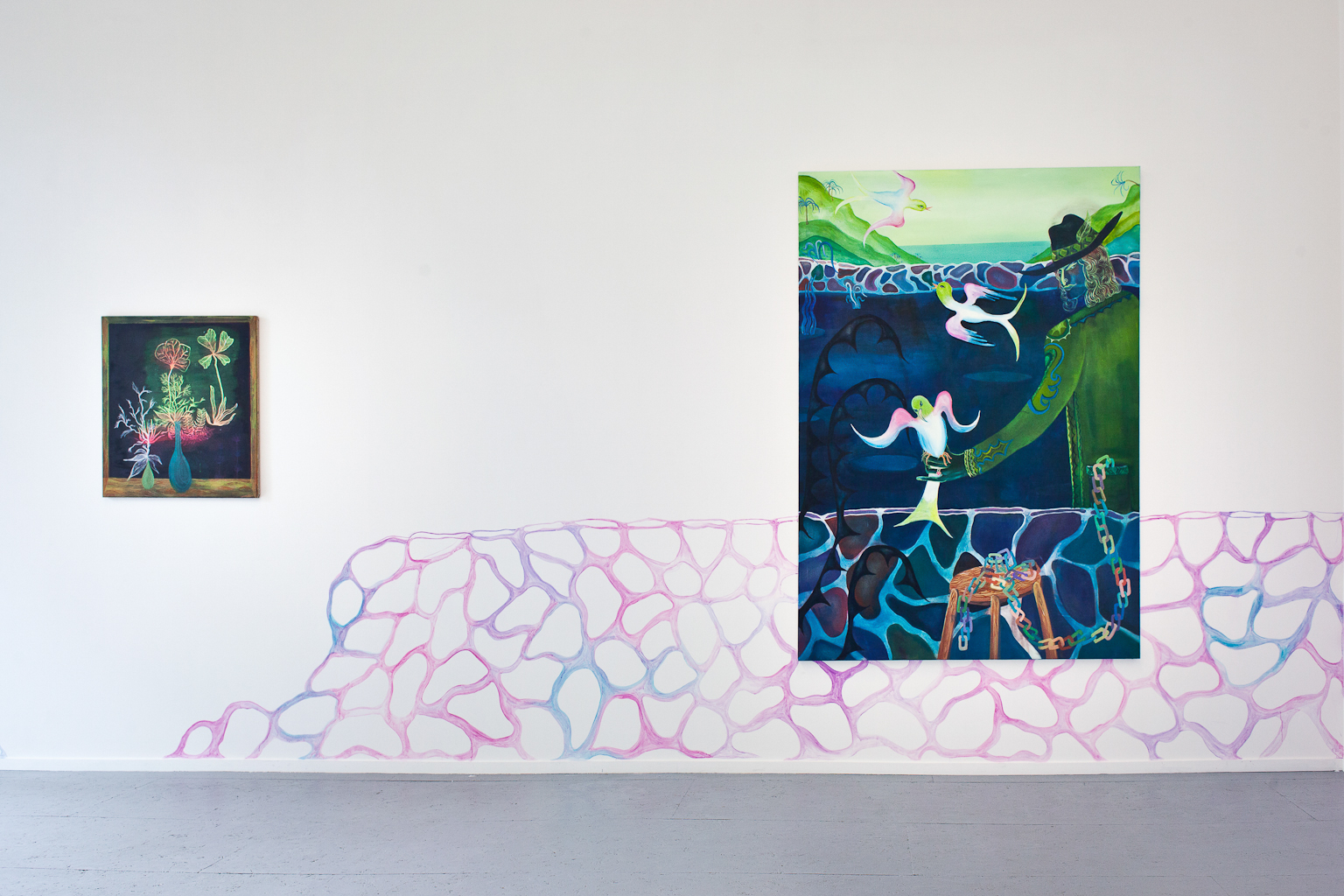 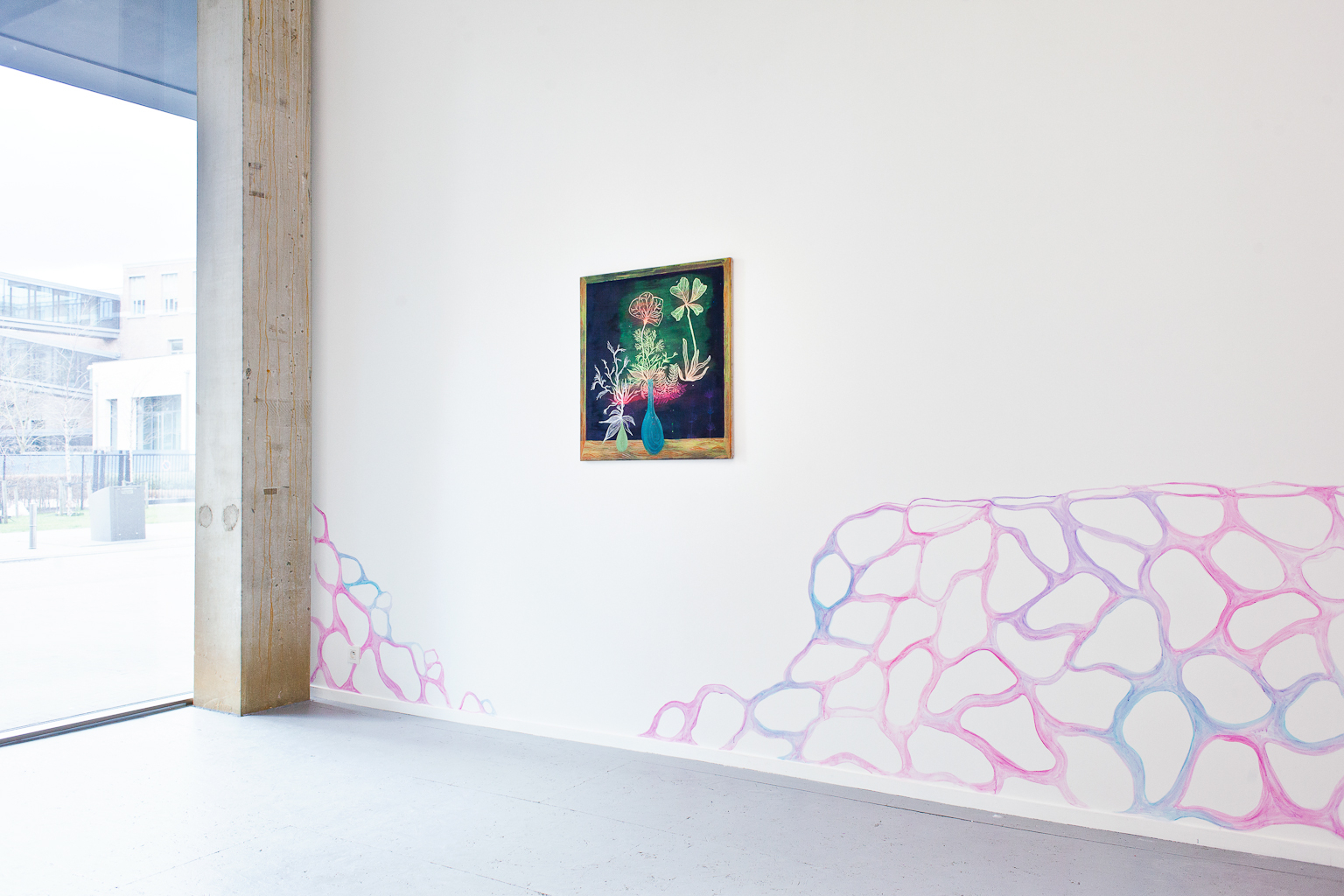 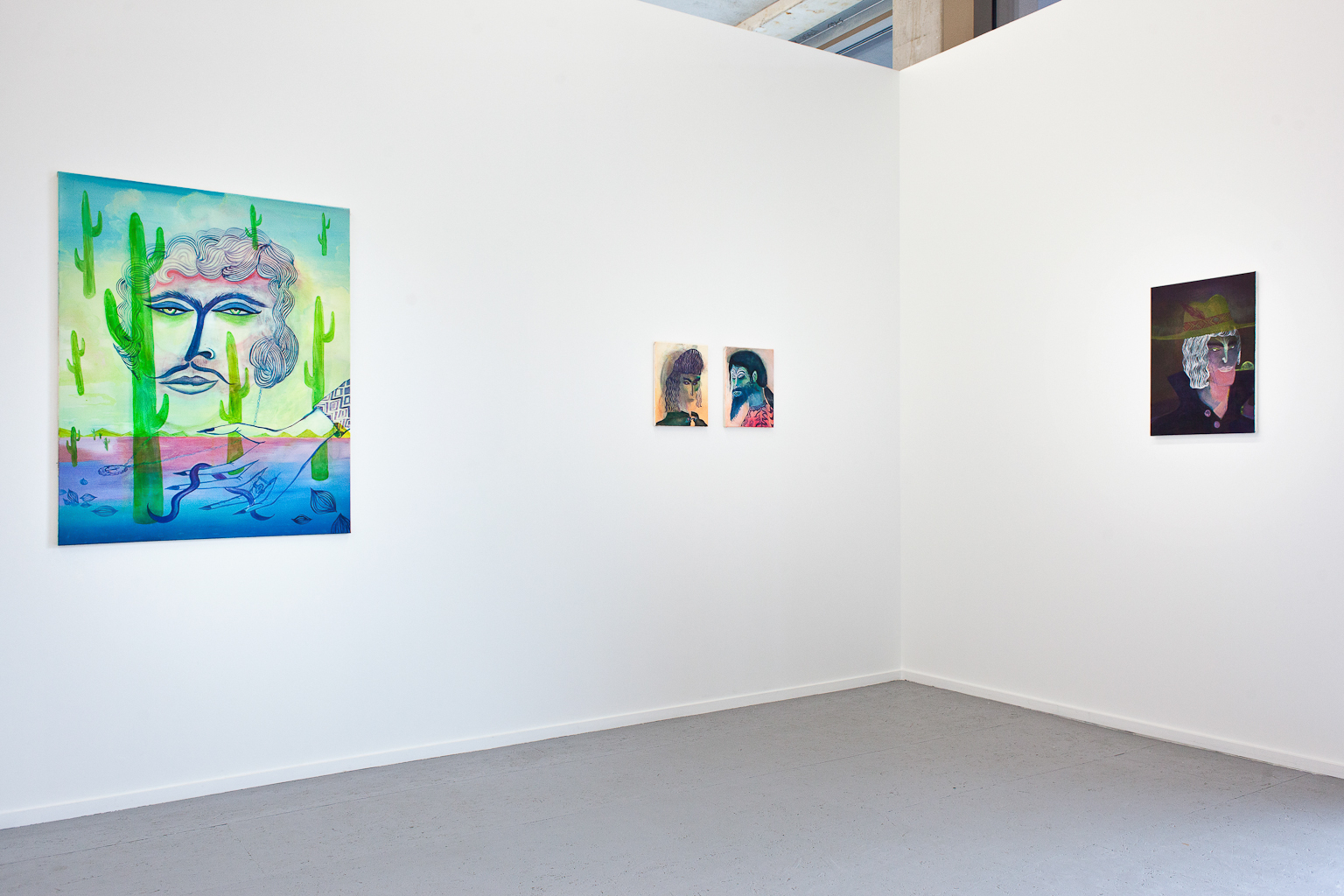 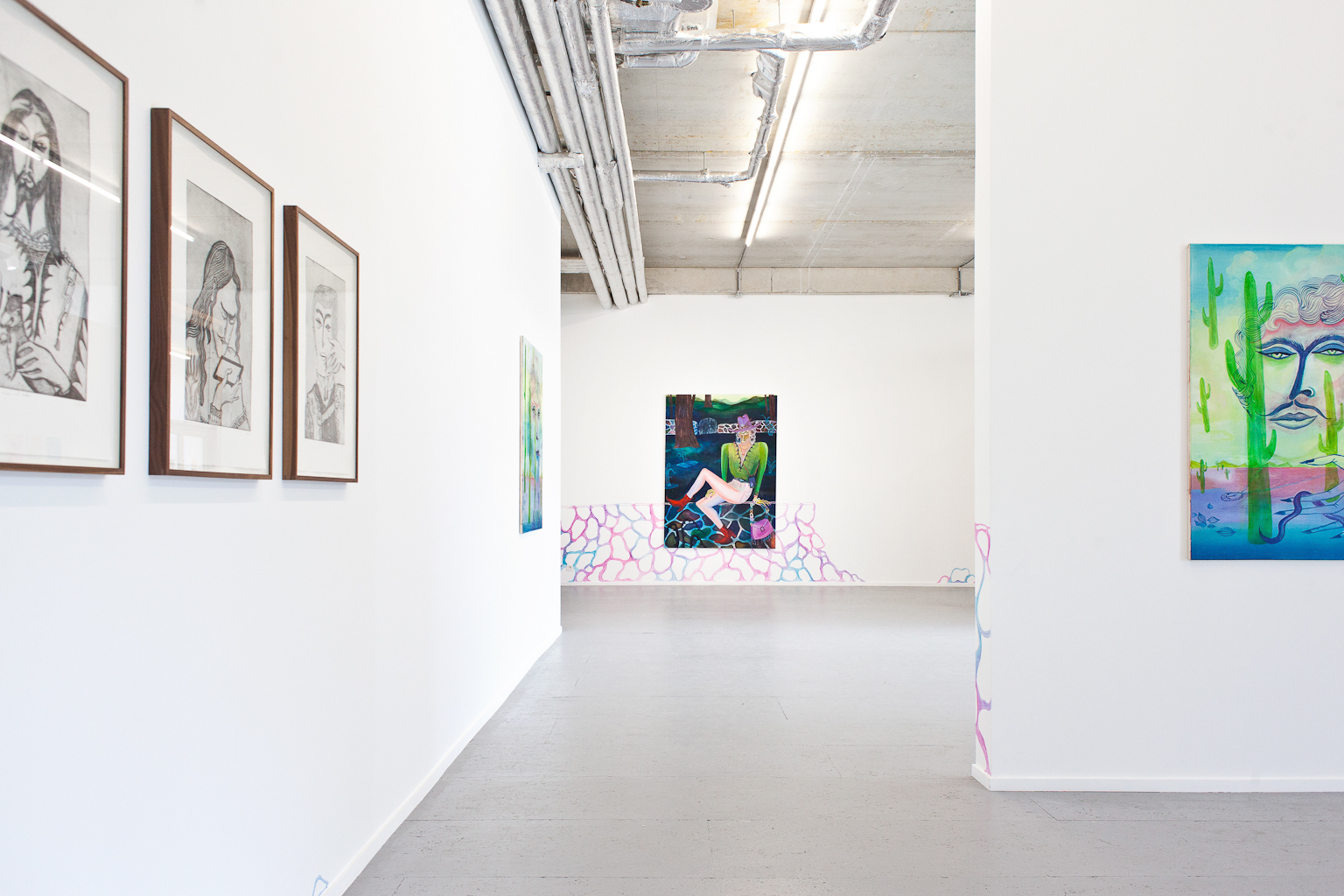 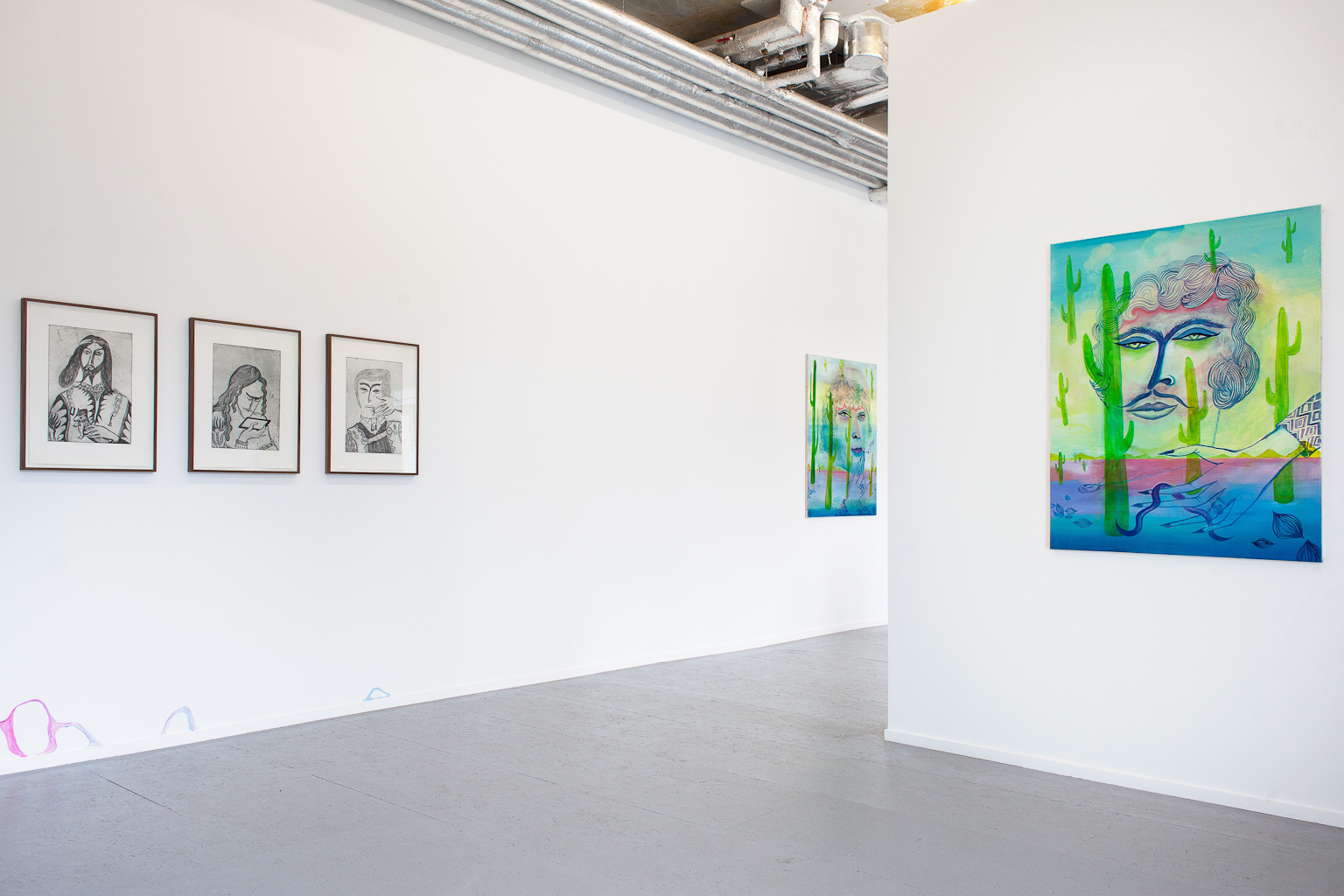 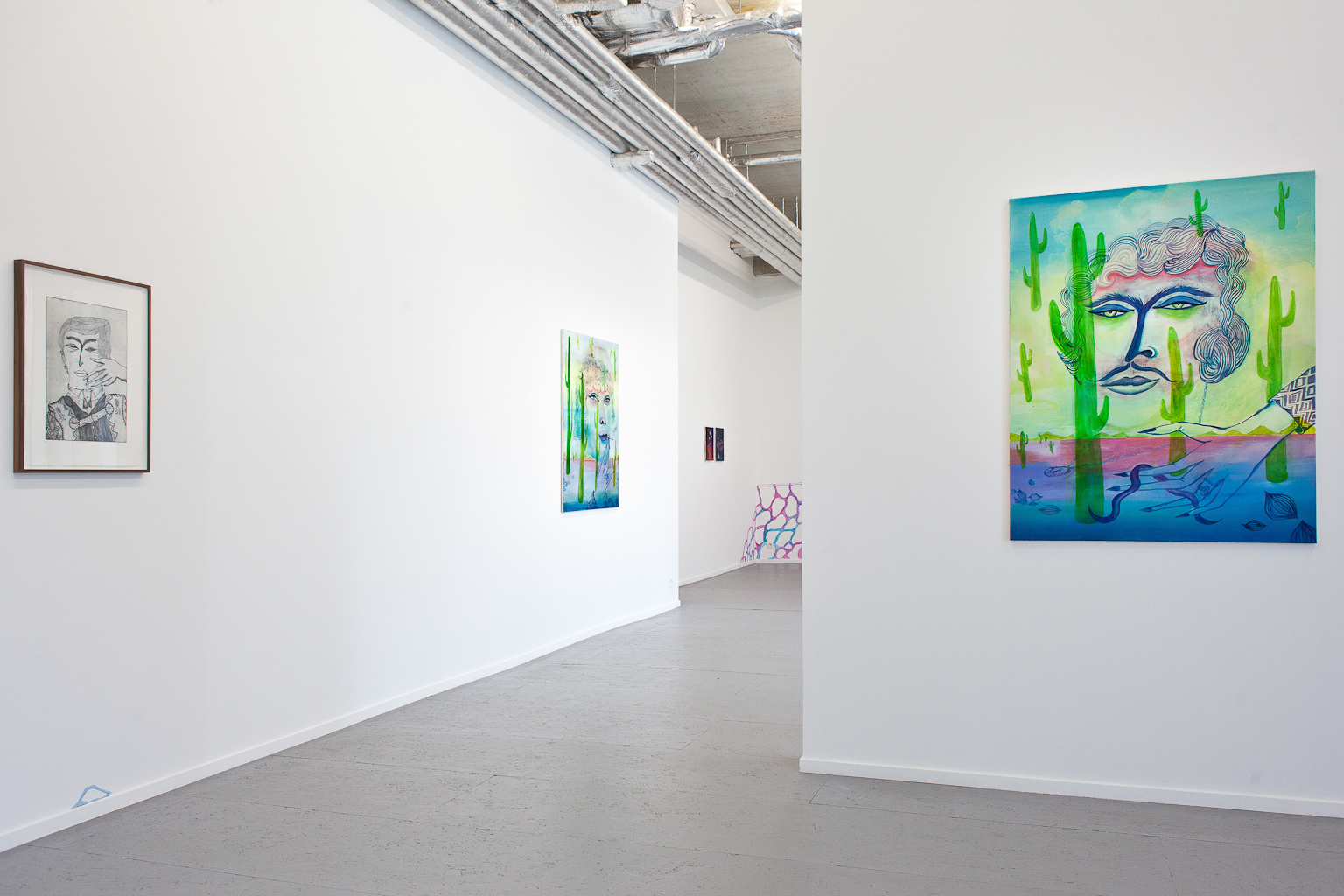 Strange, I've seen that face before,
See him hanging 'round my door,
Like a hawk stealing for the prey,
Like the night waiting for the day.
(Grace Jones / Barry Reynolds / Astor Piazzolla)

PLUS-ONE Gallery and The Amazing Popping Eyes are proud to present - Drifters and Strollers -, a solo exhibition of new paintings by Marie Aly.

The paintings of Marie Aly are like dreams in which faces appear and come to life. During the act of painting, where she is mostly guided by intuition, the image pushes itself forward through the many layers of paint.
In - Drifters and Strollers -, Aly displays a multilayered vision of fictional strangers, a band of outsiders often posing or floating in landscapes during insignificant moments. Who are they? Where are they? What are they doing? What are they telling?

Aly is interested in the history and the role of the iconic image. From the past to the present. From the religious, to the secular renaissance portrait. From the LP cover to the fashion shoot. From the stock photo to the Instagram selfie.
You can say that the historical iconic image is mostly not that sentimental, not about the inner emotions, the deep private worlds of the depicted one. It often shows us more a mask, a shell, depicting the untouchable, the generic, maybe the upgraded 'best' version of the other or ourselves.
Aly's gang of outsiders also do not show you obvious emotions, but they still tell you a very personal story, they perfectly reflect the contemporary perspective on different cultures, fashion, music, art, private identity, and gender that converge in the panorama of our futureless reality where even the obvious historical referencing assumes a timeless dimension.

Marie Aly (1980, DE) lives and works in Berlin. Aly graduated under Ralf Kerbach from the Art Academy of Dresden, including exchanges in Paris and Barcelona. From 2008 to 2010 she studied at De Ateliers, Amsterdam, and was awarded the Royal Prize for Painting in 2009. In 2013 she produced four murals for Kasteel Slangenburg in Doetinchem (NL) and is recently commissioned to do a large scale mural for the German Ministry of Inner Affairs in Berlin. Her work has been exhibited at various renowned locations internationally and is included in numerous esteemed private and public collections.