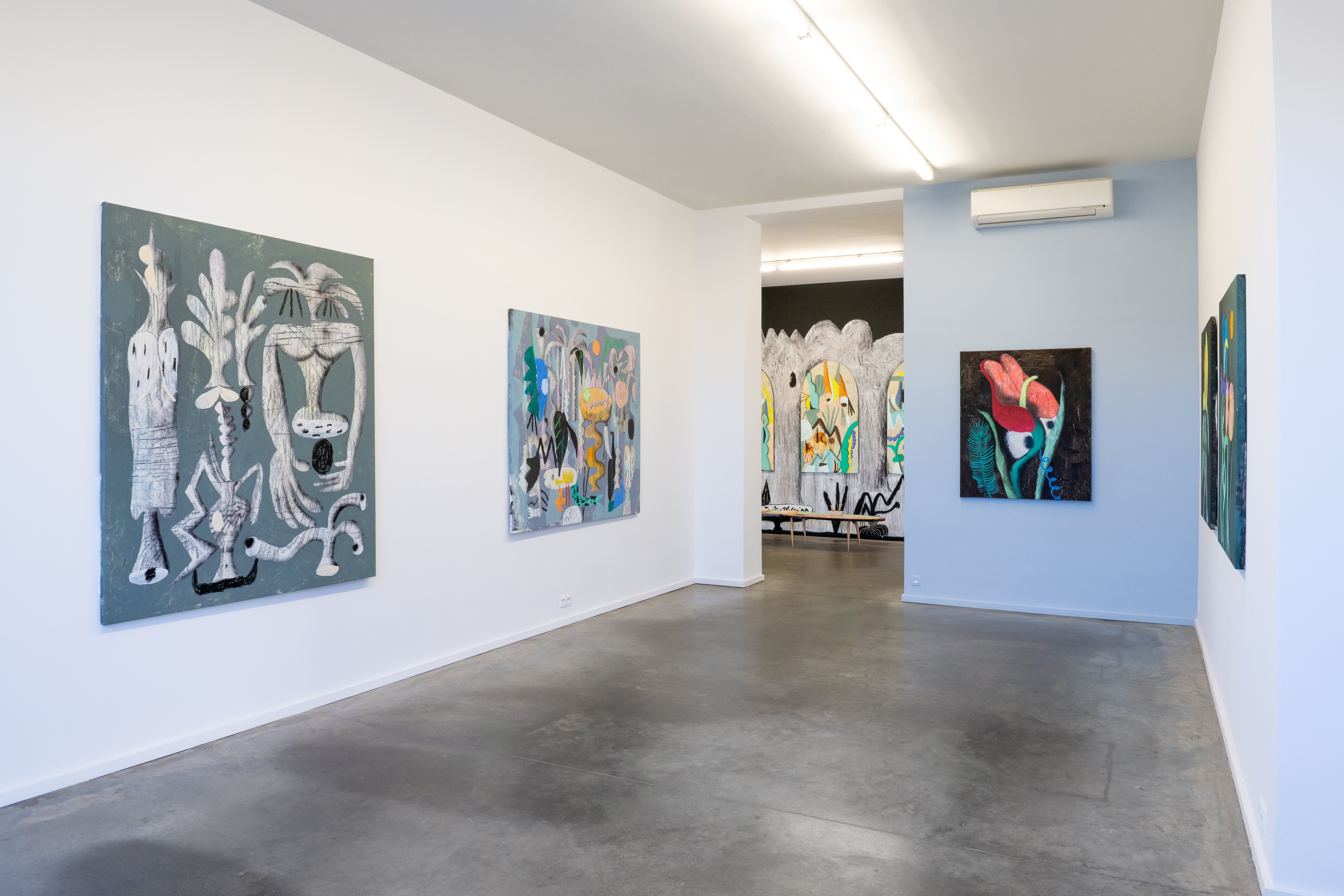 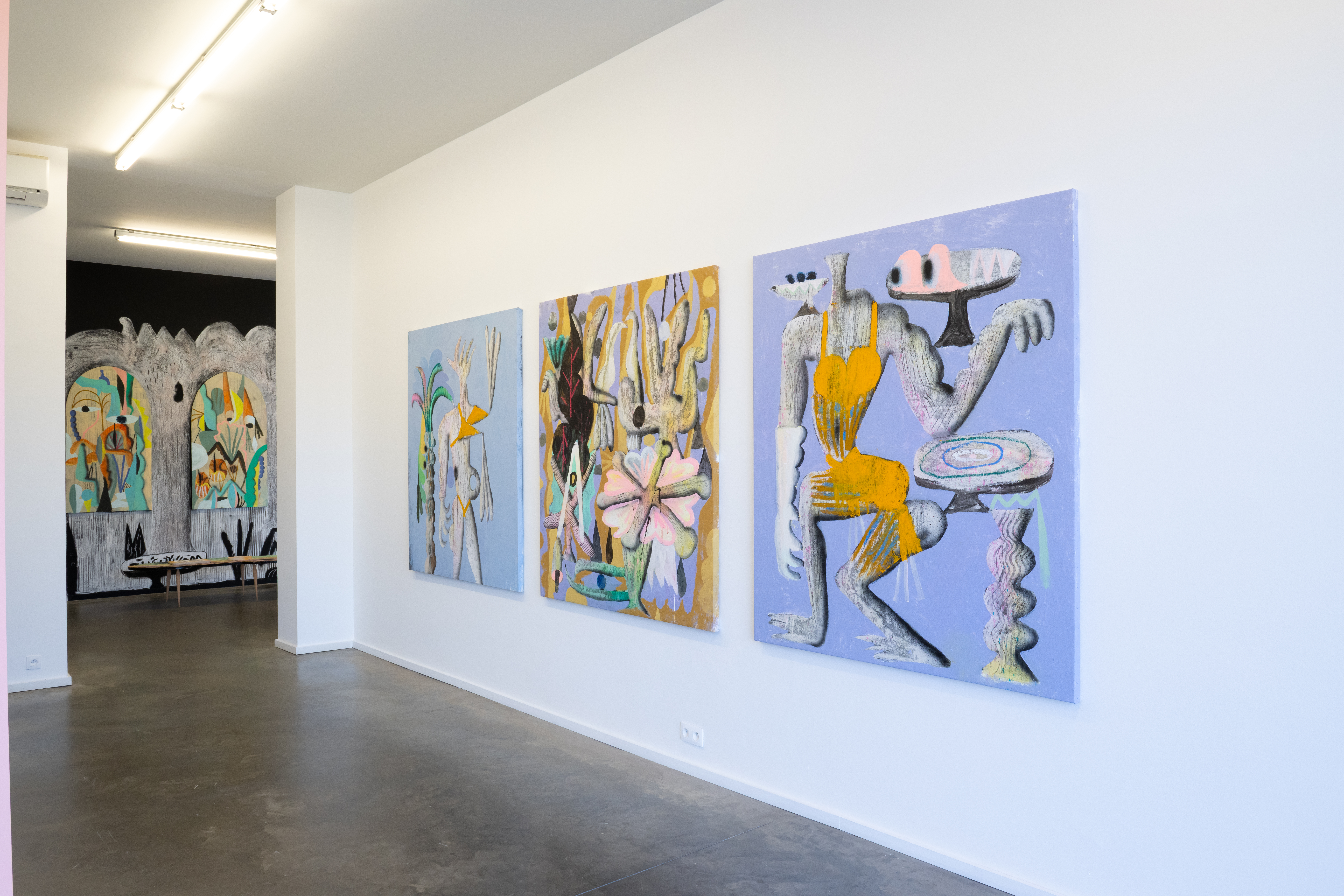 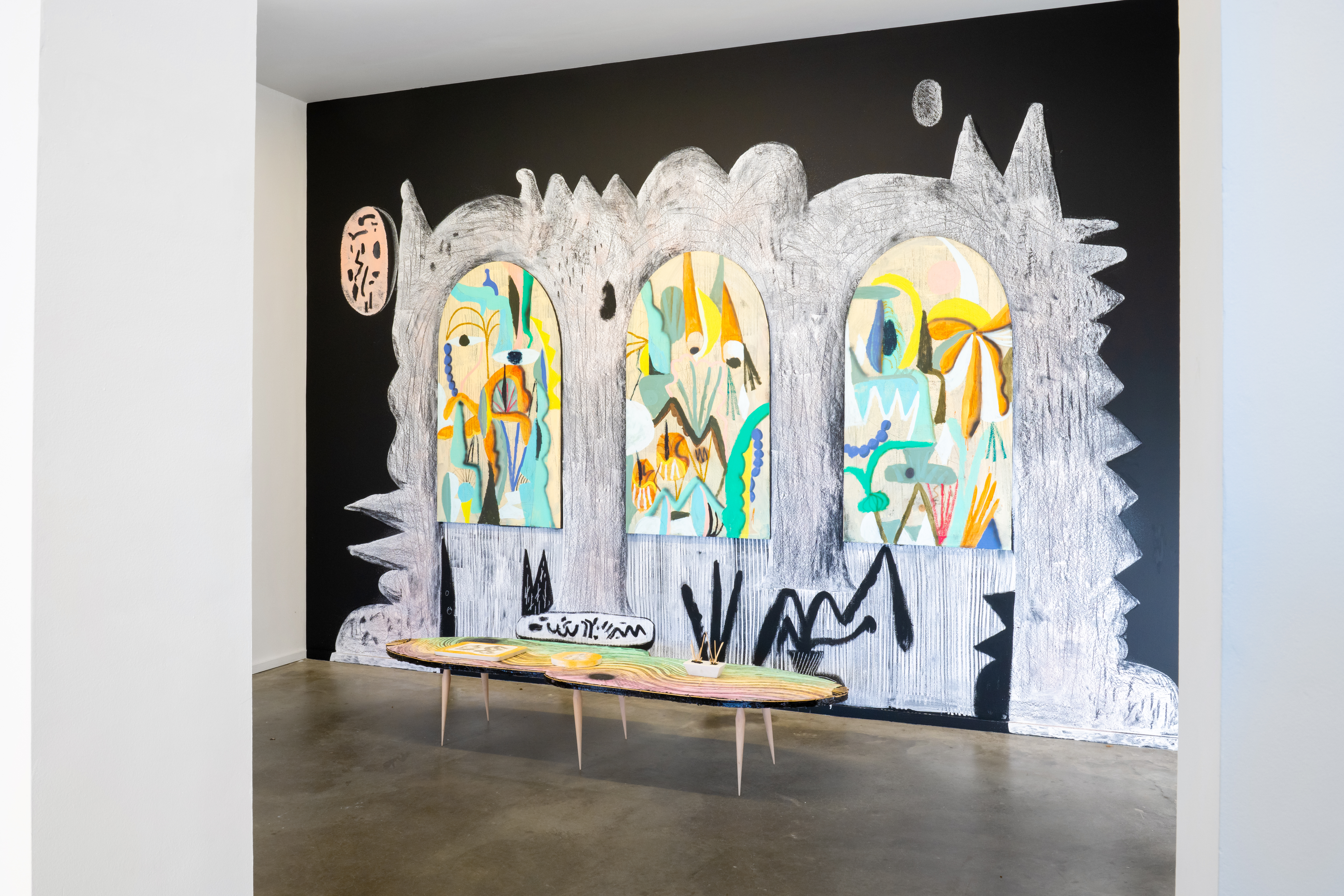 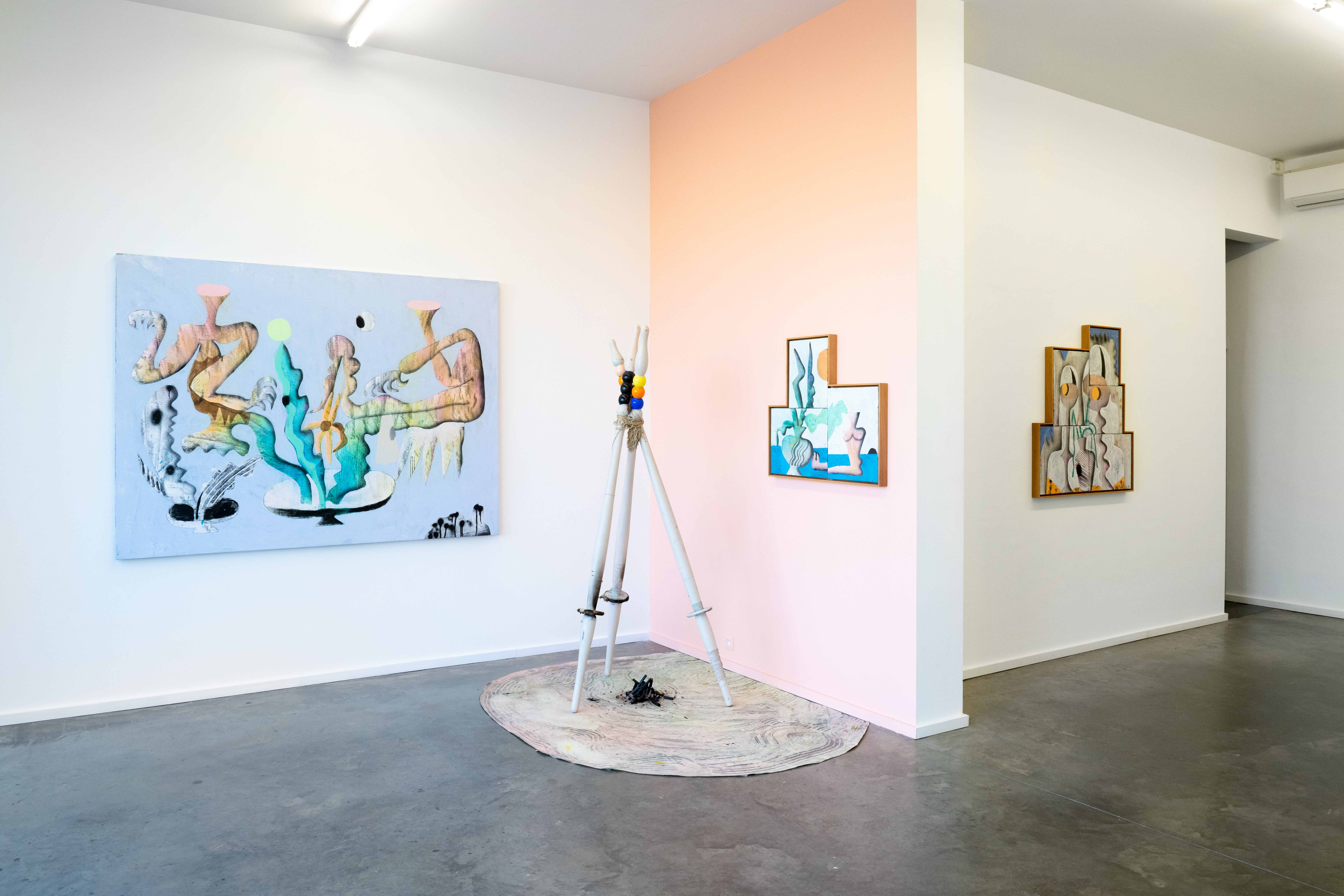 PLUS-ONE Gallery proudly present the solo exhibition of József Csató at the gallery (South).
The exhibition will be on view from March 12 till April 10 2022.

The chirping sound of crickets scraping the edges on their wings is often a trigger for memories of untouched nature and relaxing getaways, echoing the ambiance of calmness, peace, and the lightness of being. Yet, seeing one of these robust insects in a home surrounding is likely to induce a feeling of annoyance, unease, or even disgust, completely disregarding their original merit. And this particular paradox, the double standard we’ve developed towards nature and its specimens, is at the core of József Csató’s oeuvre. Thinking of our self-defeating mindset and actions, the heavily abstracted still lives which comprise his debut solo show at PLUS-ONE Gallery in Antwerpen, Belgium, are exploring this unhealthy status-quo.

Being part of the same environment, it is puzzling to think how much humanity removed itself from nature over the millenniums. Existentially dependent on its dynamics, interchanges, and cycles, we’ve evolved towards clean, sterile habitats in which parts of wildlife are integrated and repositioned to our liking and convenience. Superficially suggesting our alleged connection with the global ecosystem, they are merely signs of our ongoing and increasingly maladaptive behavior. In a way, a realization that after everything we’ve learned from nature and everything we’ve benefited from it, the student started defying the teacher and is now foolishly subverting his demise.

For Csató, this muted, distant, and destructive relationship we’ve accidentally honed ourselves into becomes apparent when looking at the withering plants in a pot. Displaced from their surroundings and transformed into decorative items, the archetype of floral arrangements became the pilar of the Budapest-based artist’s practice and the main protagonist of his oeuvre. Opposing the traditional use of the motif, the typically lush and colorful compositions are modified into a cast of almost graphic shapes built with rough gestures and scraping marks. Sometimes broken into rough mosaics of misfitting elements, they’re conveying the clumsiness with which we’re irreparably damaging our surroundings. Stripped off their renowned beauty and glamour, these deconstructed tropes are in a way mirroring our unscrupulous character through their bruised and waning existence. And although flattened in their appearance, the modest shading effect adds volume to these inferior shapes, further underlining all the features associating them with human-like qualities. In the end, it’s the recurring image of an abstracted Guston-esque eye that associates these creations with the possession of a soul and a sense of dignity. Such surreal and symbolic merging of the two worlds is meant to emphasize the existence of the one, interconnected ecosystem of which we’re an inherent part.

Interested in the toxicity of our relationship with nature rather than its physical traits, Csató is persistently reducing his imagery to their most essential features. Epitomizing the forms, muting the colors, and almost carving surfaces with scars of the process, he is conveying the subdued malice and immanent sadness which drives our behavior. Walking the tightrope between figuration and abstraction, a frequent interchange of the human figure forms and leaves, flowers, or pots, is underlining the often overlooked, cosmic relationship. Washing out its vibrancy through somber, earthy colors, nature’s vivacity gets diminished towards merely staged and numbed existence. Efficiently removing everything that suggests the presence of vital force from the archetypal still life trope, Csató is forcing us to face the irreversible stillness we’re surrounding ourselves with.