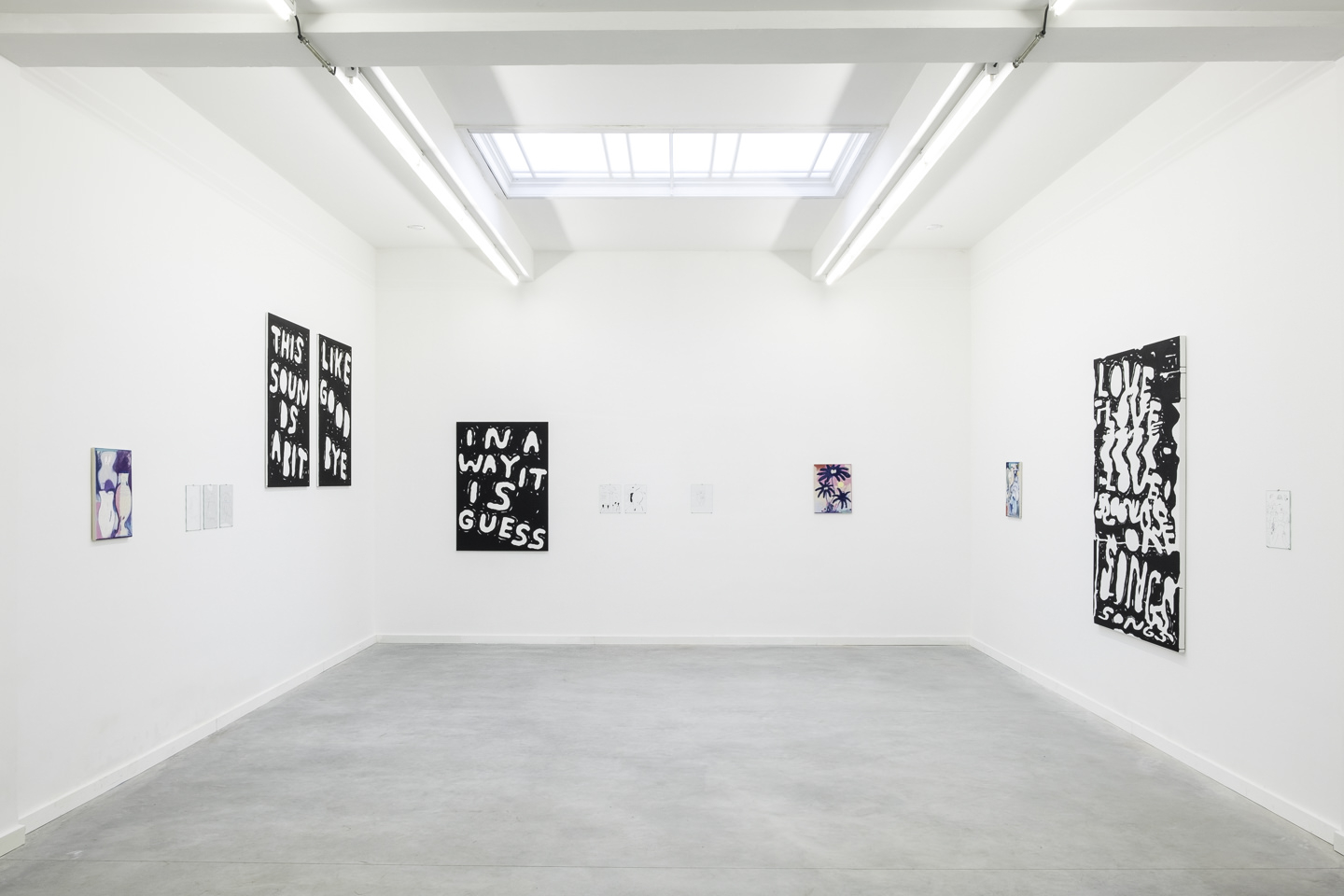 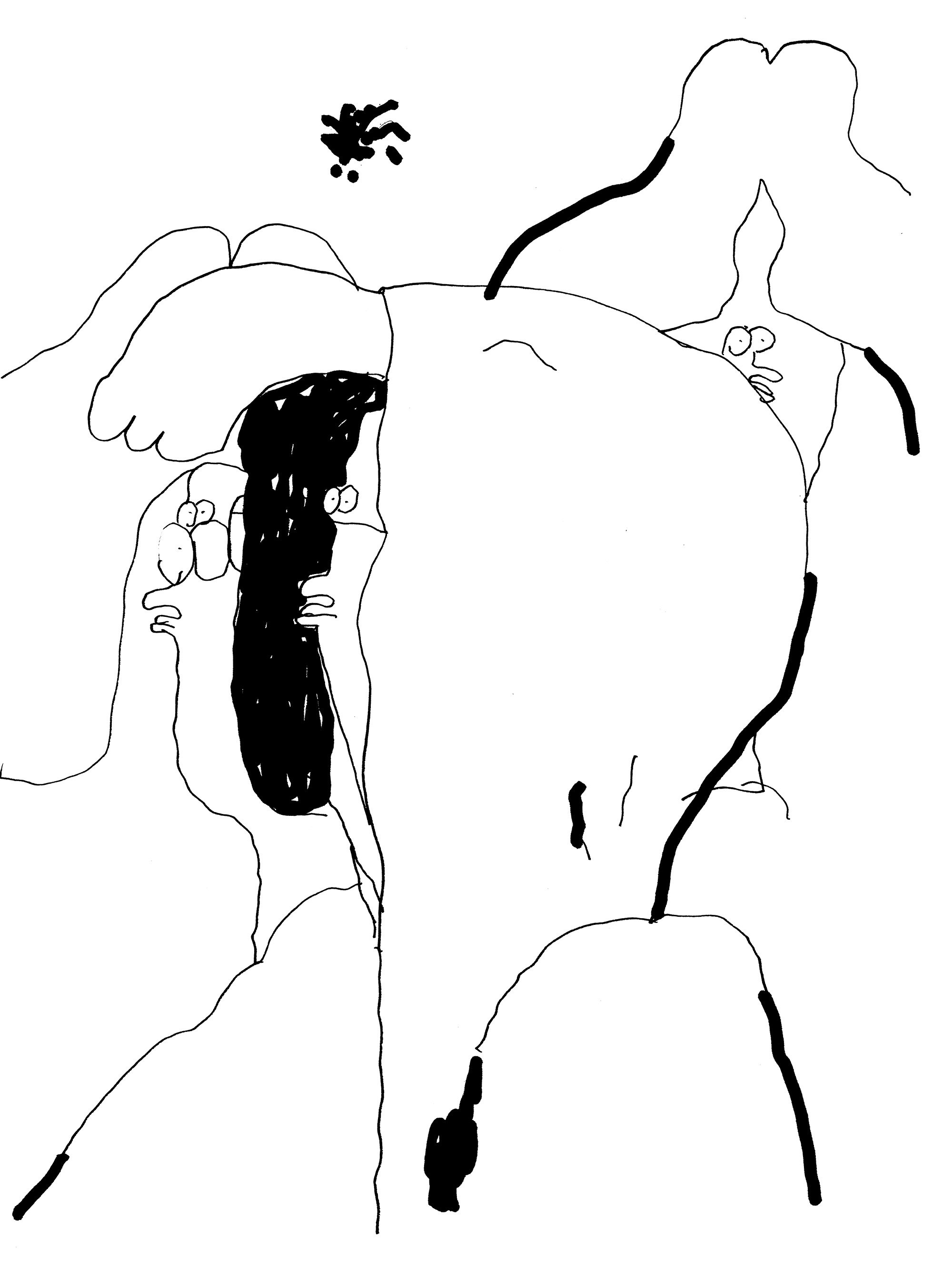 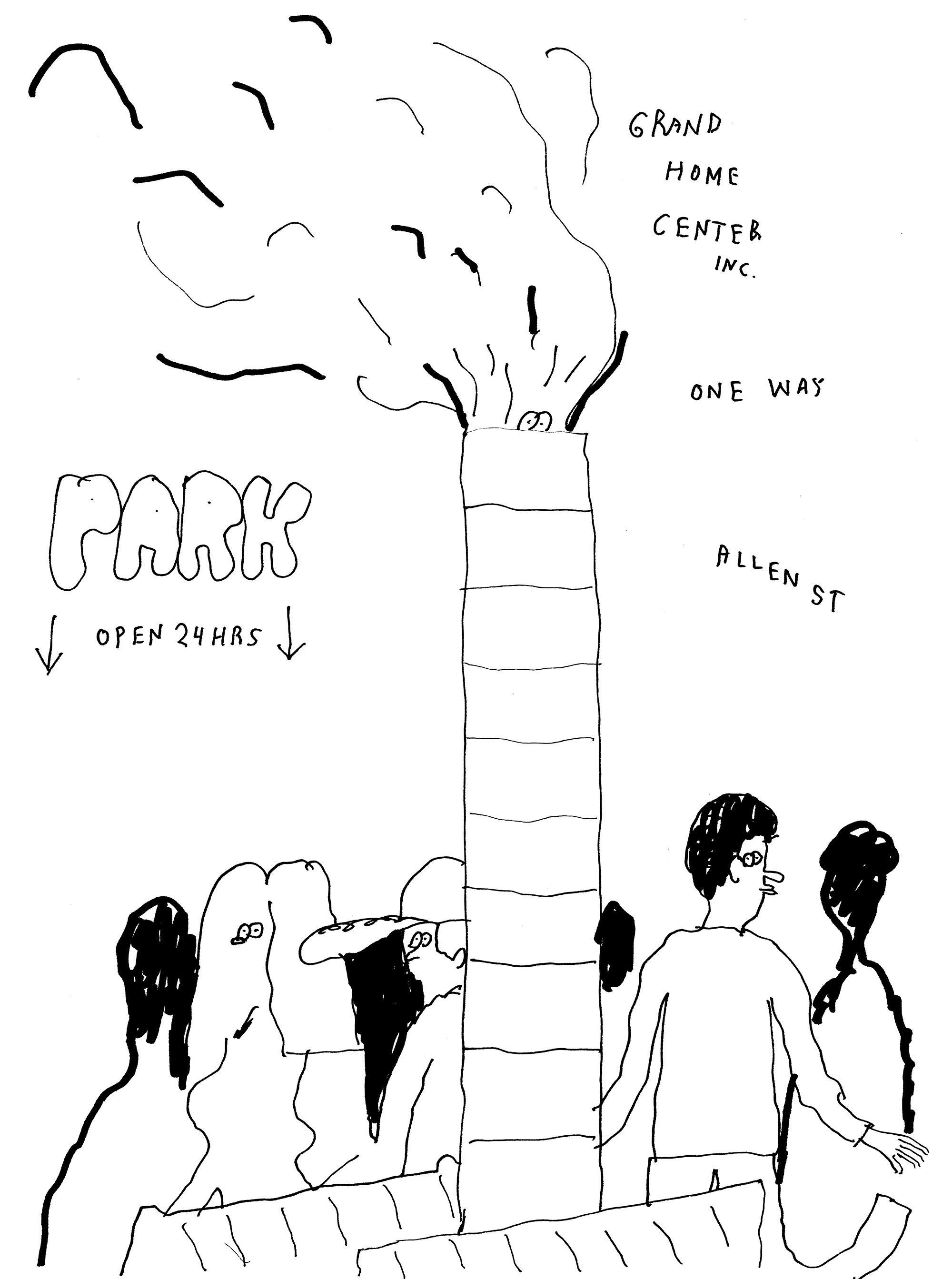 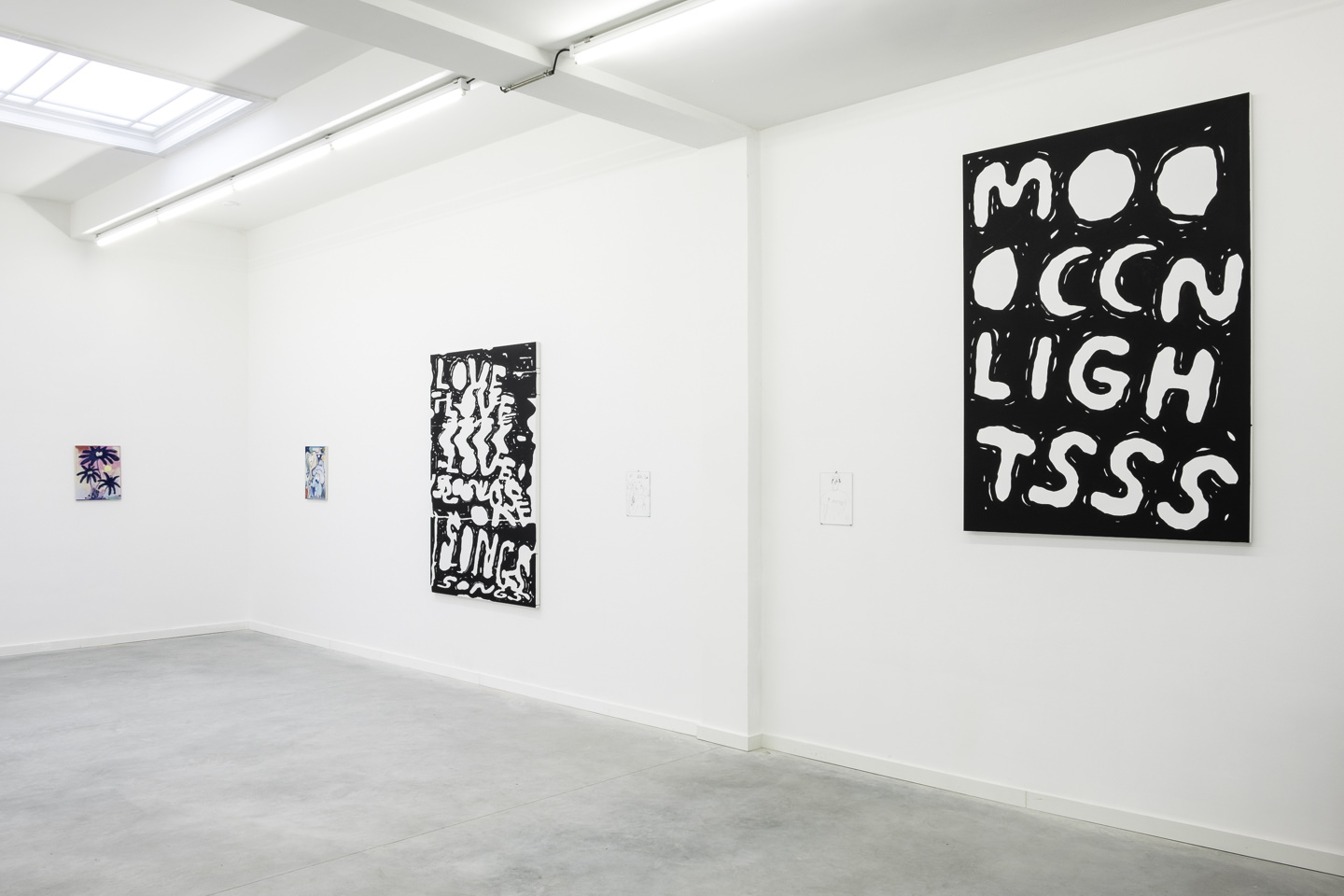 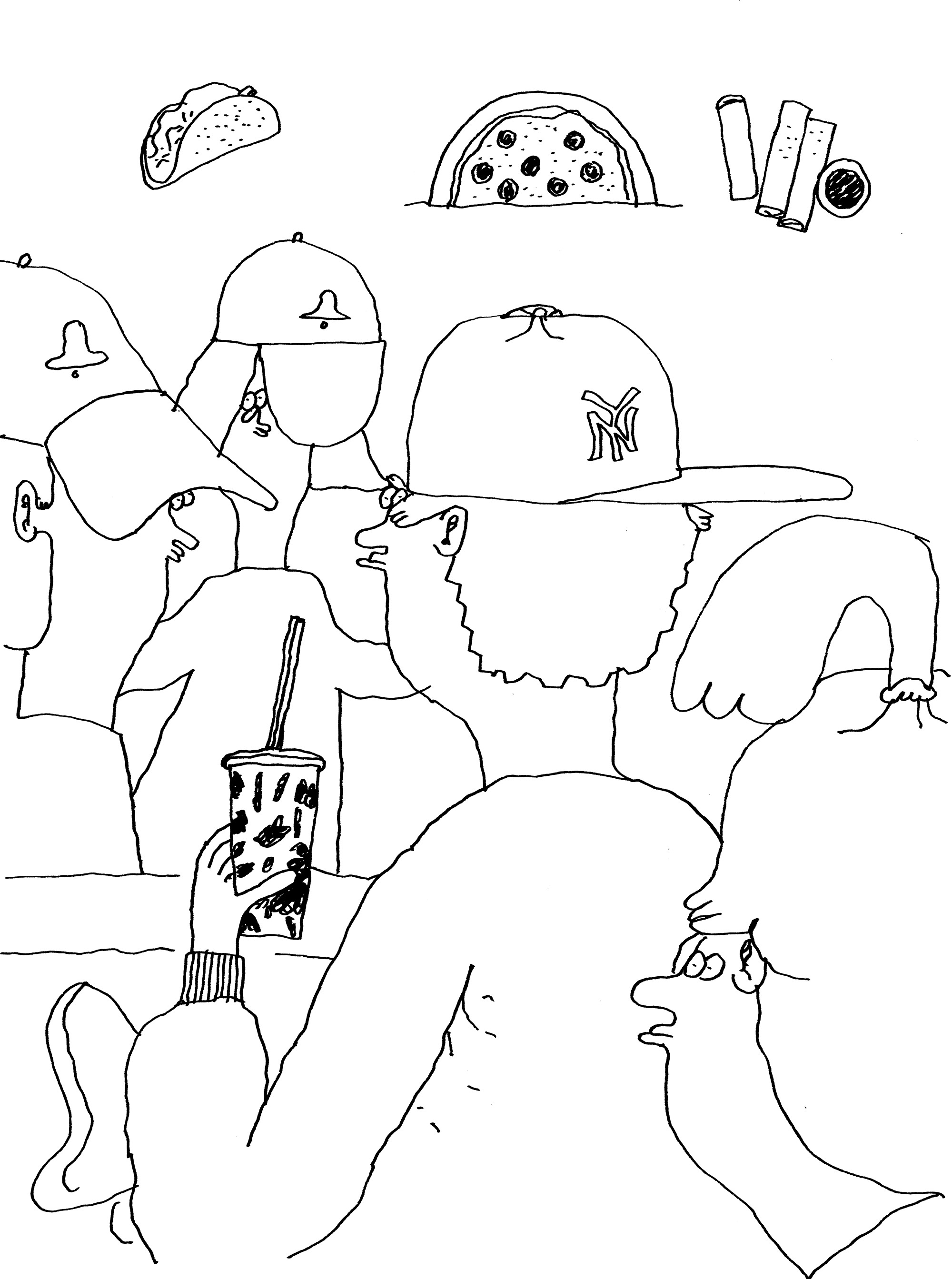 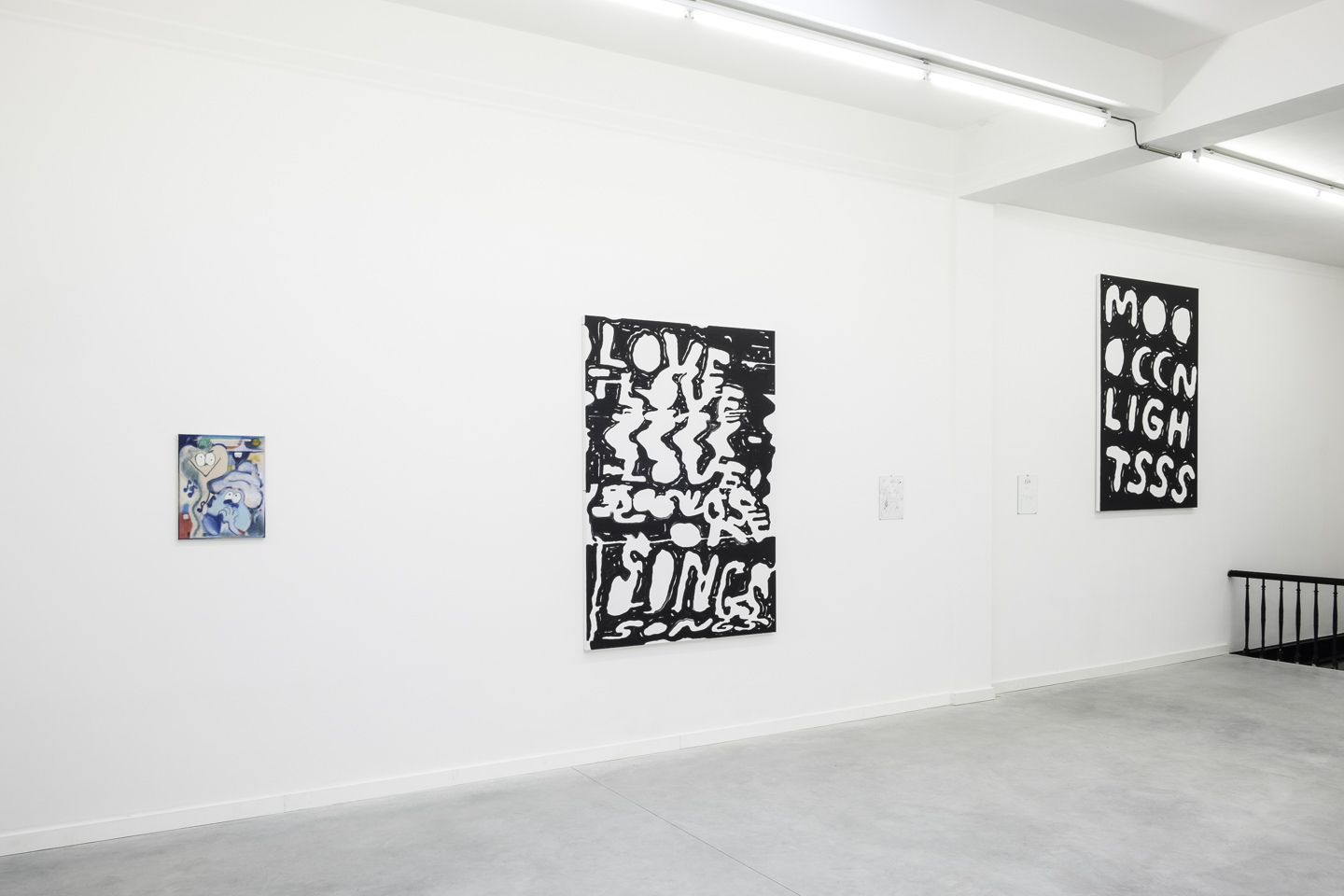 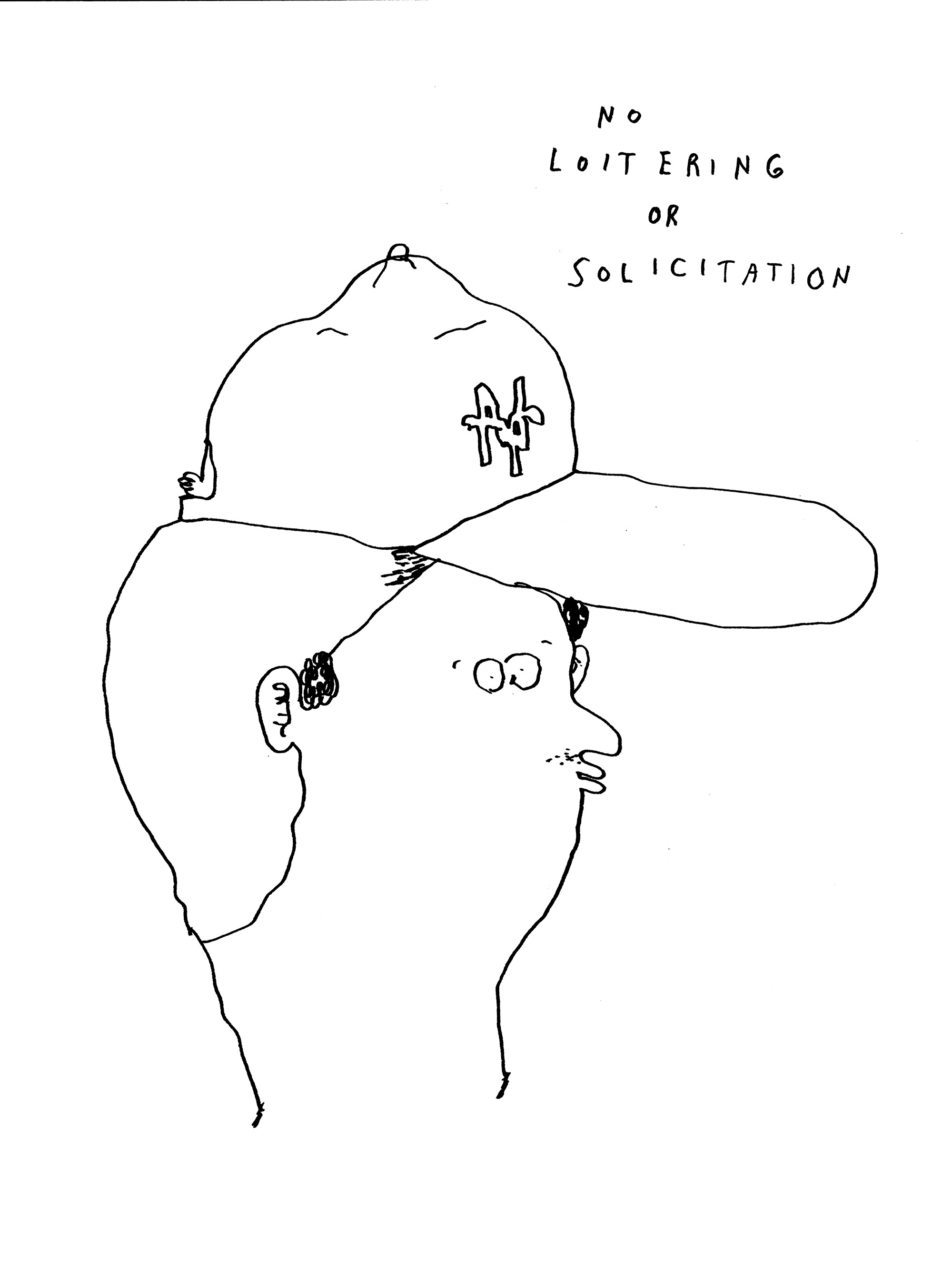 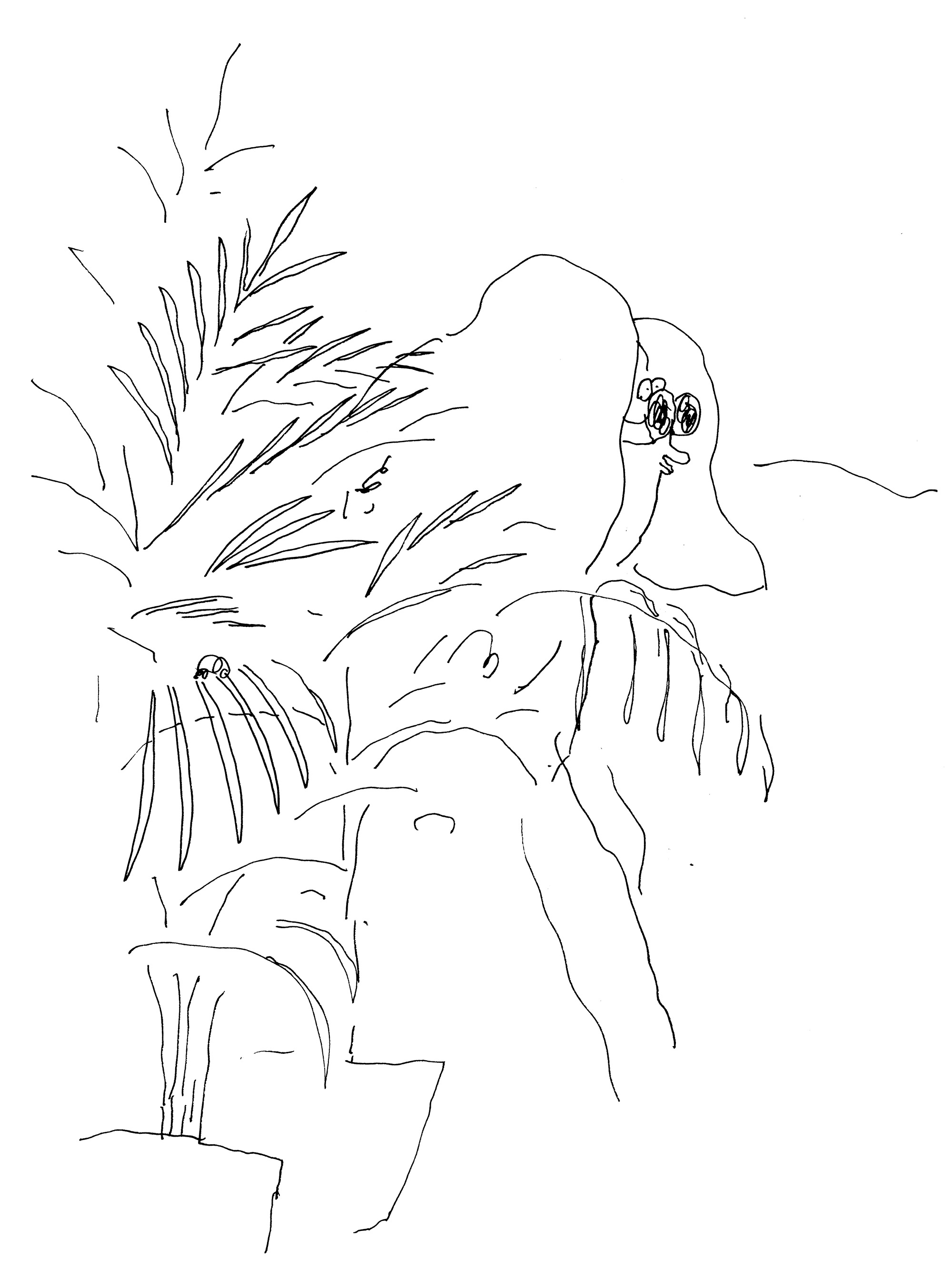 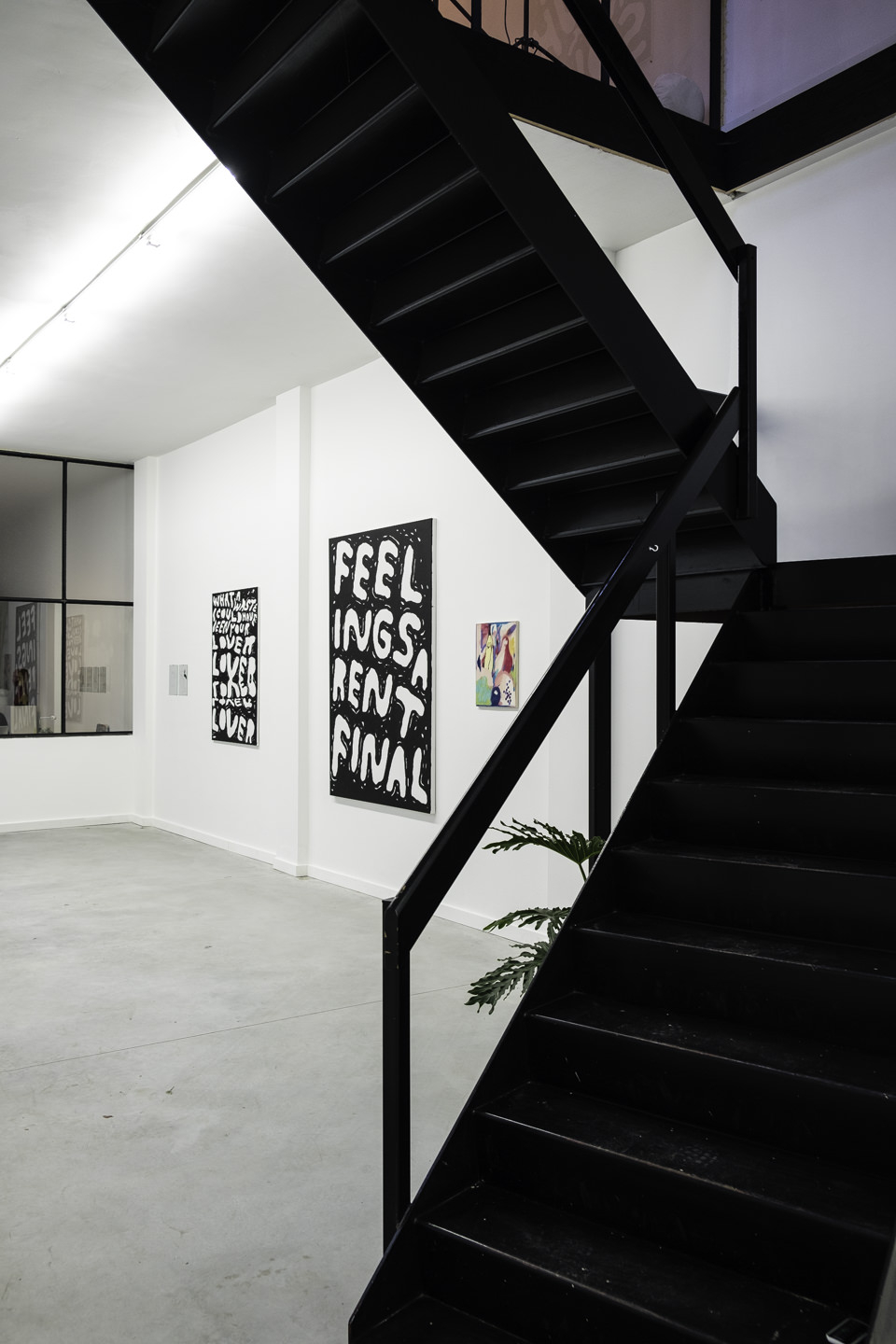 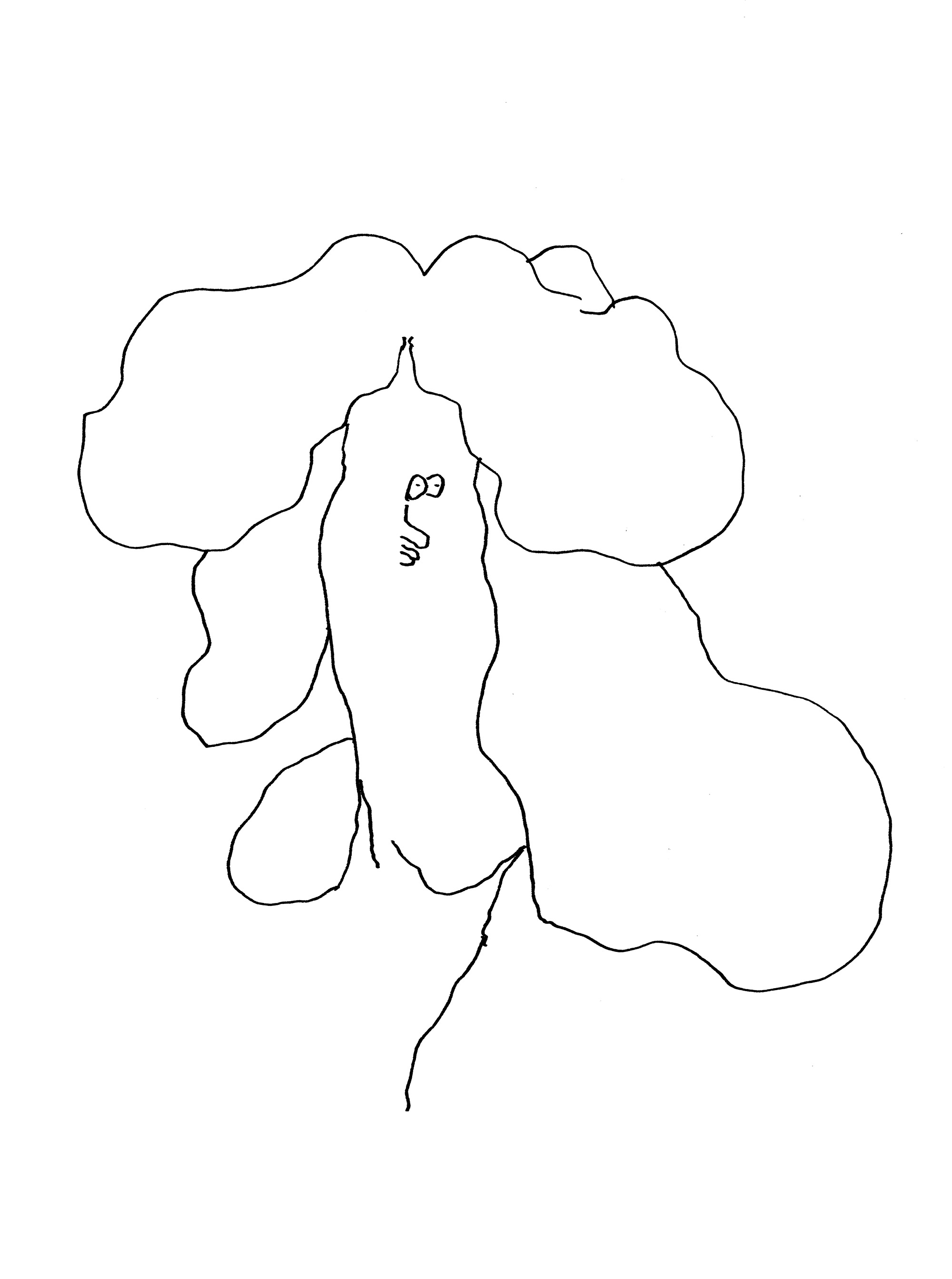 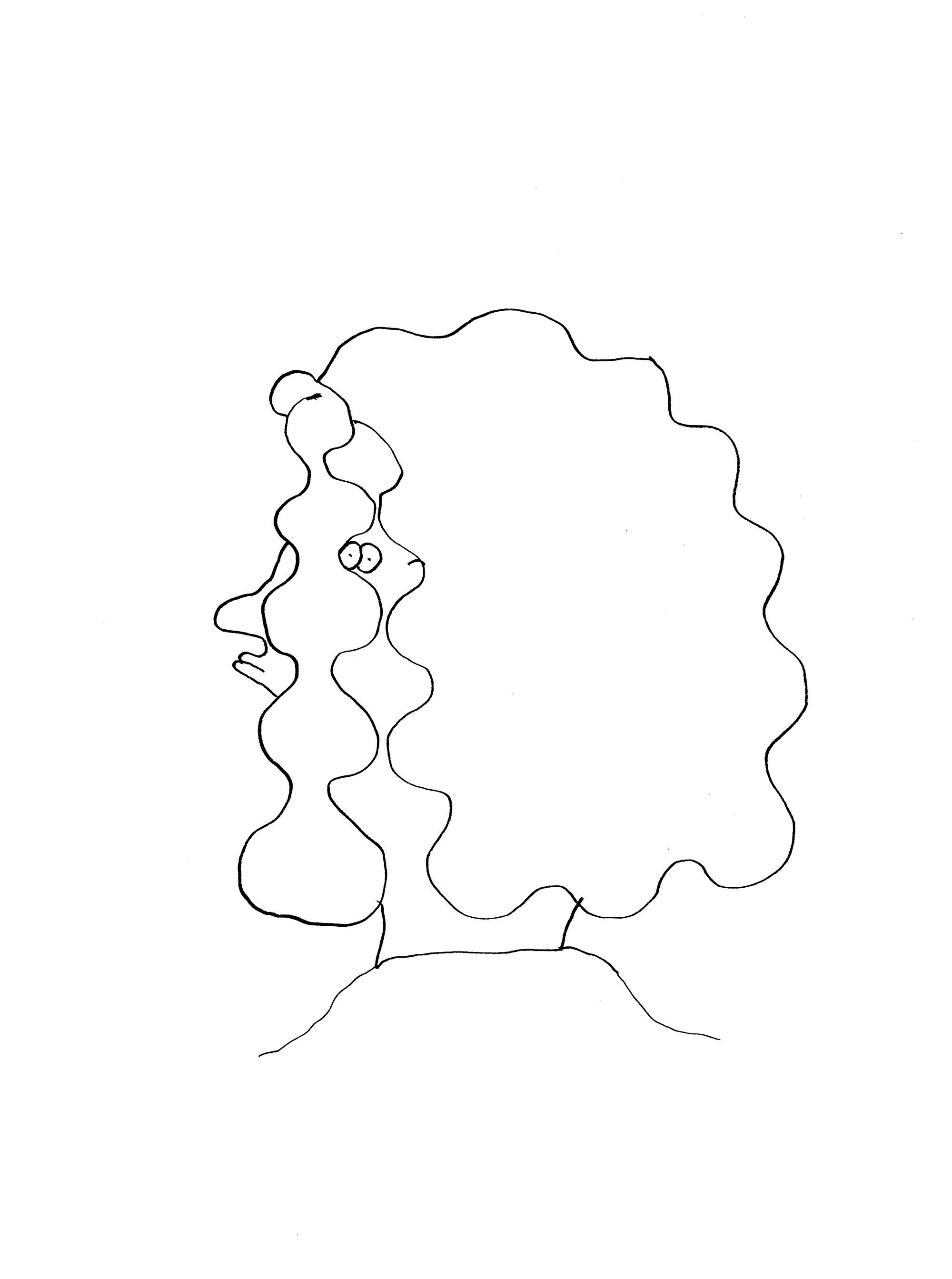 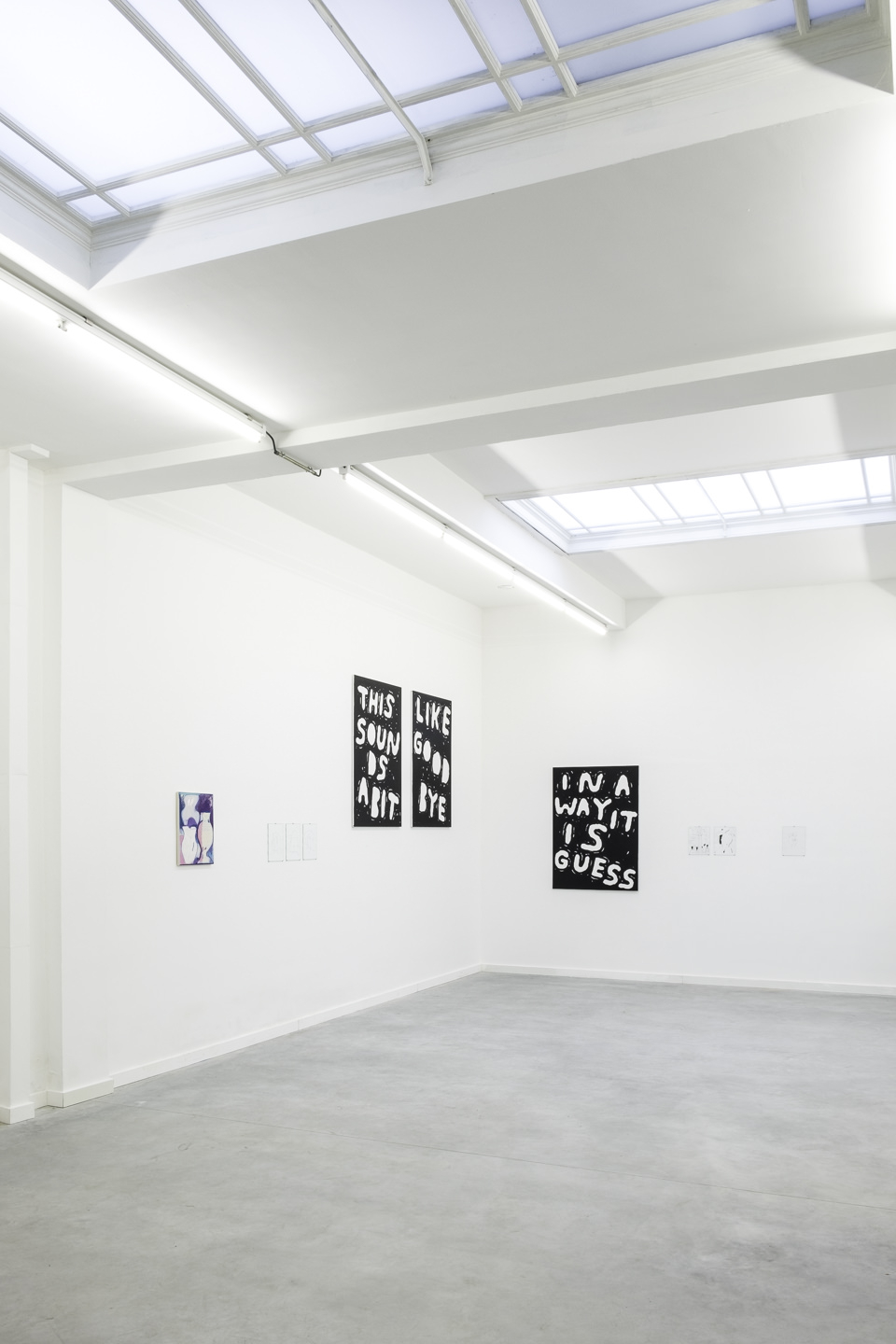 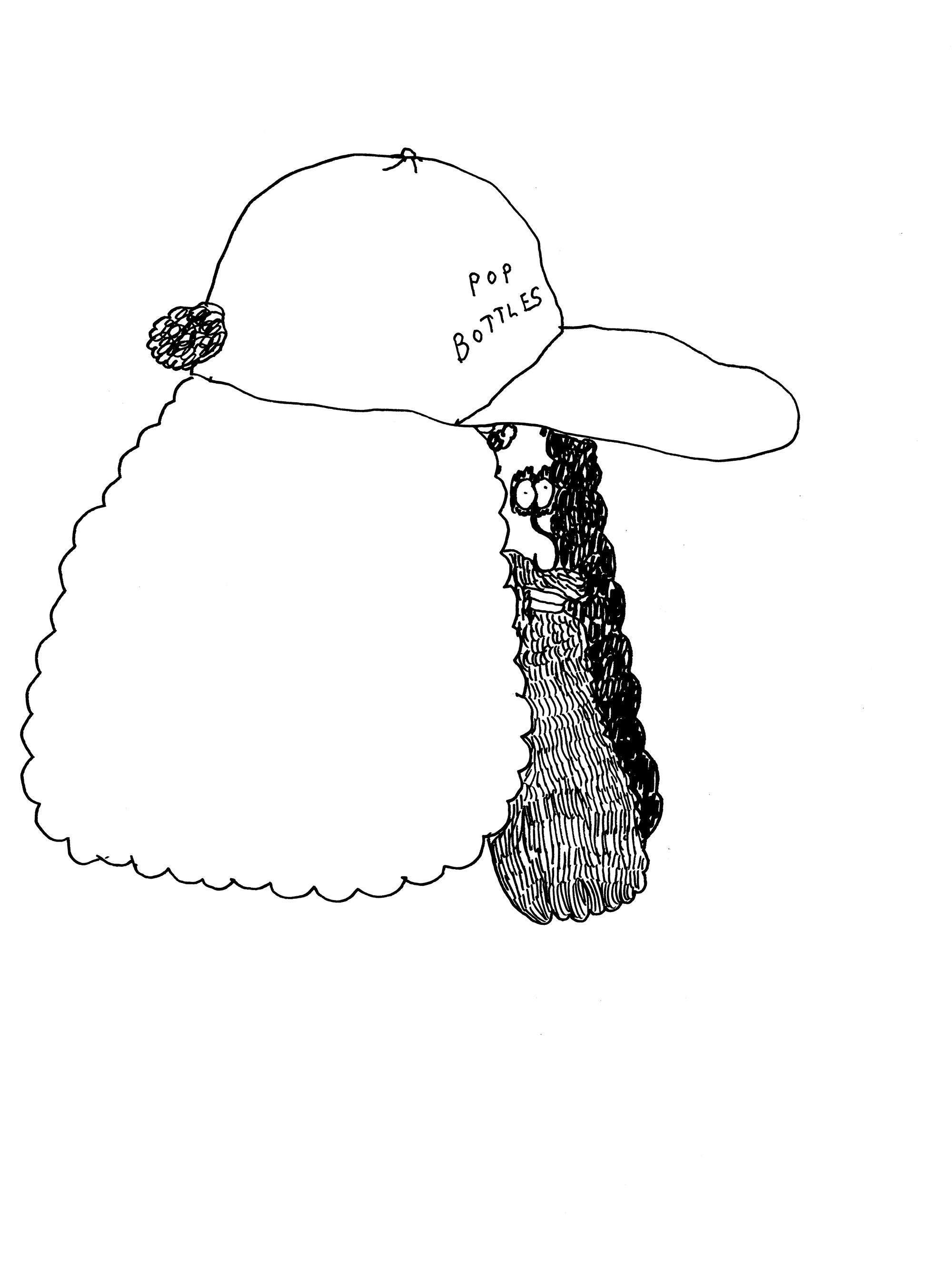 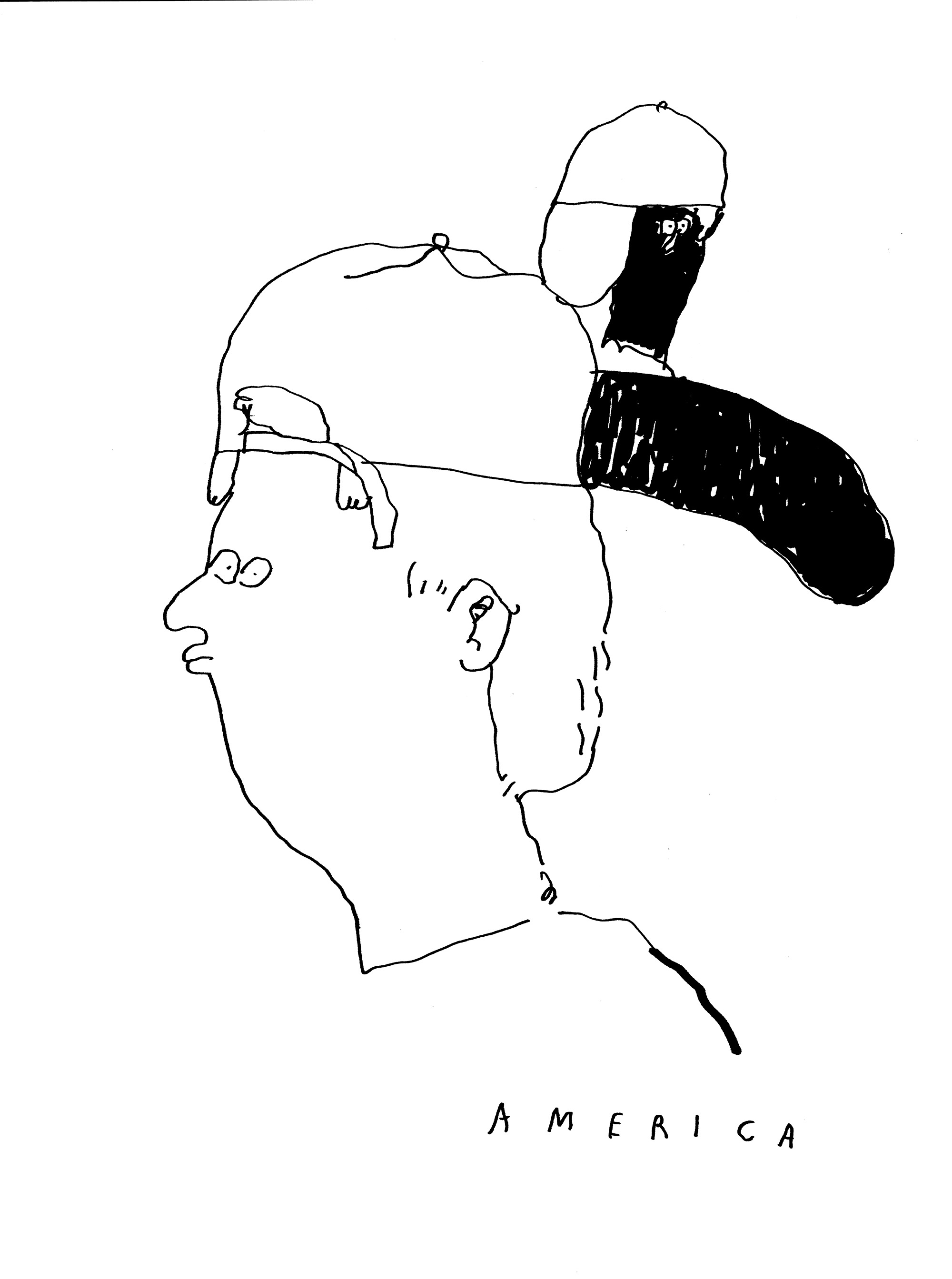 ‘A drawer’, that is what Stefan Marx (1979, lives in Hamburg, Germany) quite unpretentiously likes to call himself. Always carrying a black pen in his pocket, Marx sets out to capture fleeting fragments of the mundane, the everyday and the unglamorous. His quirky renderings of people, animals, landscapes and even airplanes are composed of pure, simple line work, revealing a sense of immediacy behind their näive aesthetic. Marx makes his self-reflexive art works, which harbor a kind of throwaway beauty whilst simultanously revealing snippets of the current zeitgeist, spontaneously and on the go. He loves to observe his surroundings, especially when traveling: his drawings, sometimes backed up by witty citations stemming from overheard conversations, local typography or song lyrics, compile his journey diary.

Although he does not “consciously make art about anything”, and themes seem to occur intuïtively, the artist recognizes travels and music among his main sources of interest. During his teenage years, Marx was educated by skate culture and influenced by its do-it-yourself philosophy. In the heydays of the nineties, he started printing his drawings on T-shirts, first for himself, then for a handful of friends, and eventually for the rest of world: his small label ‘The Lousy Livincompany’ was established. From then on, he has been seeking for ways to multiply his work on different surfaces. Democratically available media such as skateboards, record covers, flower vases and tattoos have by now all been carriers of his characteristic style and wit. The wish to provide greater access to (his) art, has also sparked the creation of various self-published artist books or ‘zines’, which, unlike the regular artist catalogues, are everything but a flat, copy-printed summing-up of an oeuvre. Marx prefers to literally have his hand on every single one of his books: he cuts, writes, draws, pastes and paints in- and onto the pages, and at the end of the process, ends up with something that leans closer towards being an original collage than a ‘book’ in the traditional sense. Why, you ask? Because it is cheap and easy to do it by yourself, because it is limited, travels slow, lasts forever, and most importantly: because it is fun.

Another thing that is rather exciting, at least Marx feels that way, is experimenting with your photocopier. At times, he will take one of his drawings, usually a depiction of a random quote that got stuck in his head, place it in the copy machine (he has one at his studio) and twist and turn it during the copying process. The result, a wobbly play of curvy lines, then serves as the basis for a large-scale ‘typography painting’ in ink (yes, he goes through a lot of pots). This layered experiment, of which the outcome is never fully controllable nor predictable (that certainly adds to the thrill of it), contrasts with the stripped back and direct nature of his drawn figurations. It is exactly this contrast that comes into play in Feelings aren’t final, Marx’s first solo-exhibition on Belgian territory. For this occassion, he has saved up his latest series of travel drawings, which were produced last September in New York during his visit to this city’s renowned Art Book Fair. Marx’s delineations of this ‘melting pot of crazyness’, as he calls the metropolis and its colorful inhabitants, oscillate between wonder, kind irony and a hint of playful absurdity. Apart from that: he is happy for the work to speak for itself, and for the viewer to make his own story. In the meantime, if you won’t mind, Marx will continue making another drawing. Of you, perhaps. Once a drawer, always a drawer.