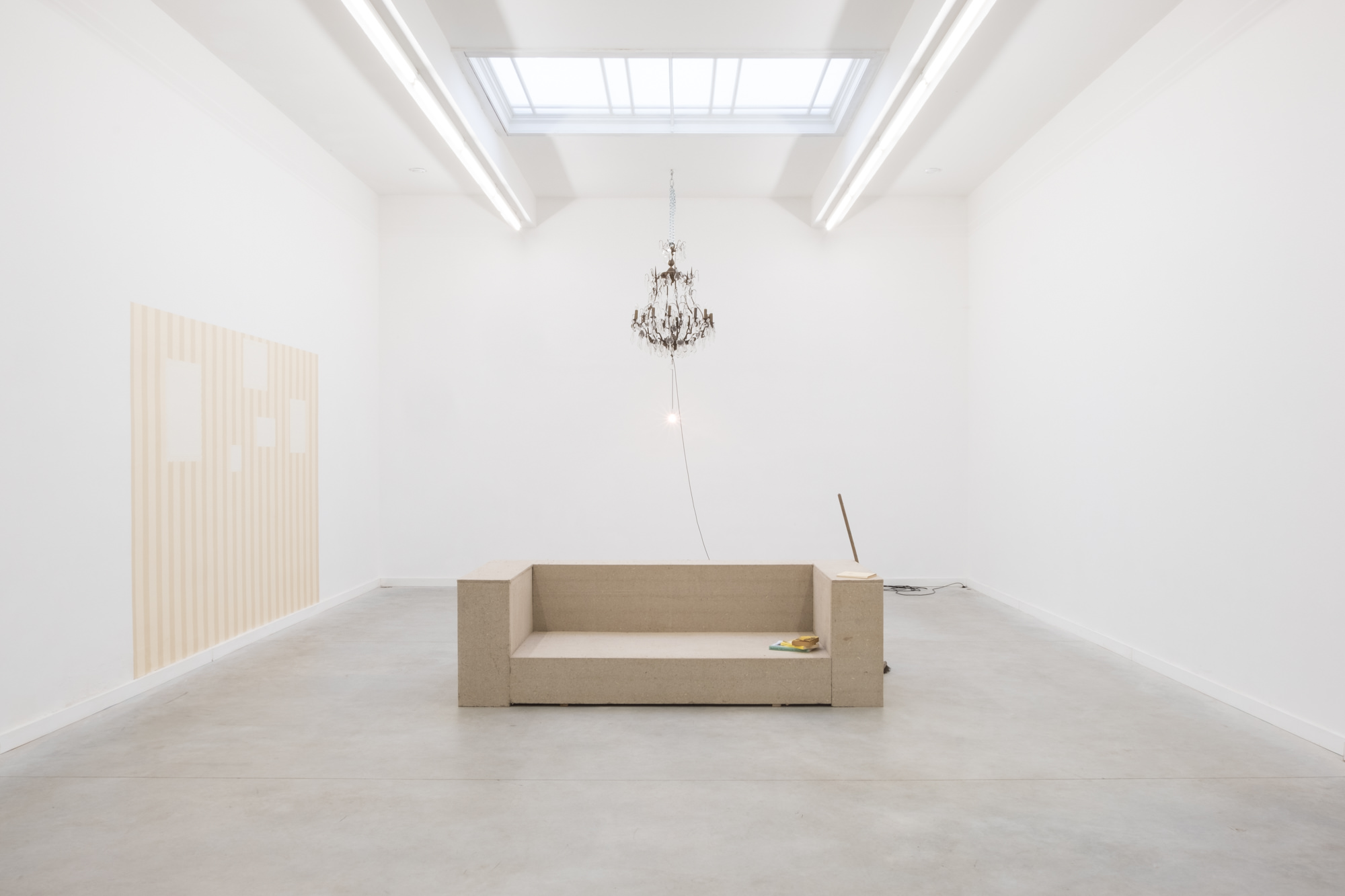 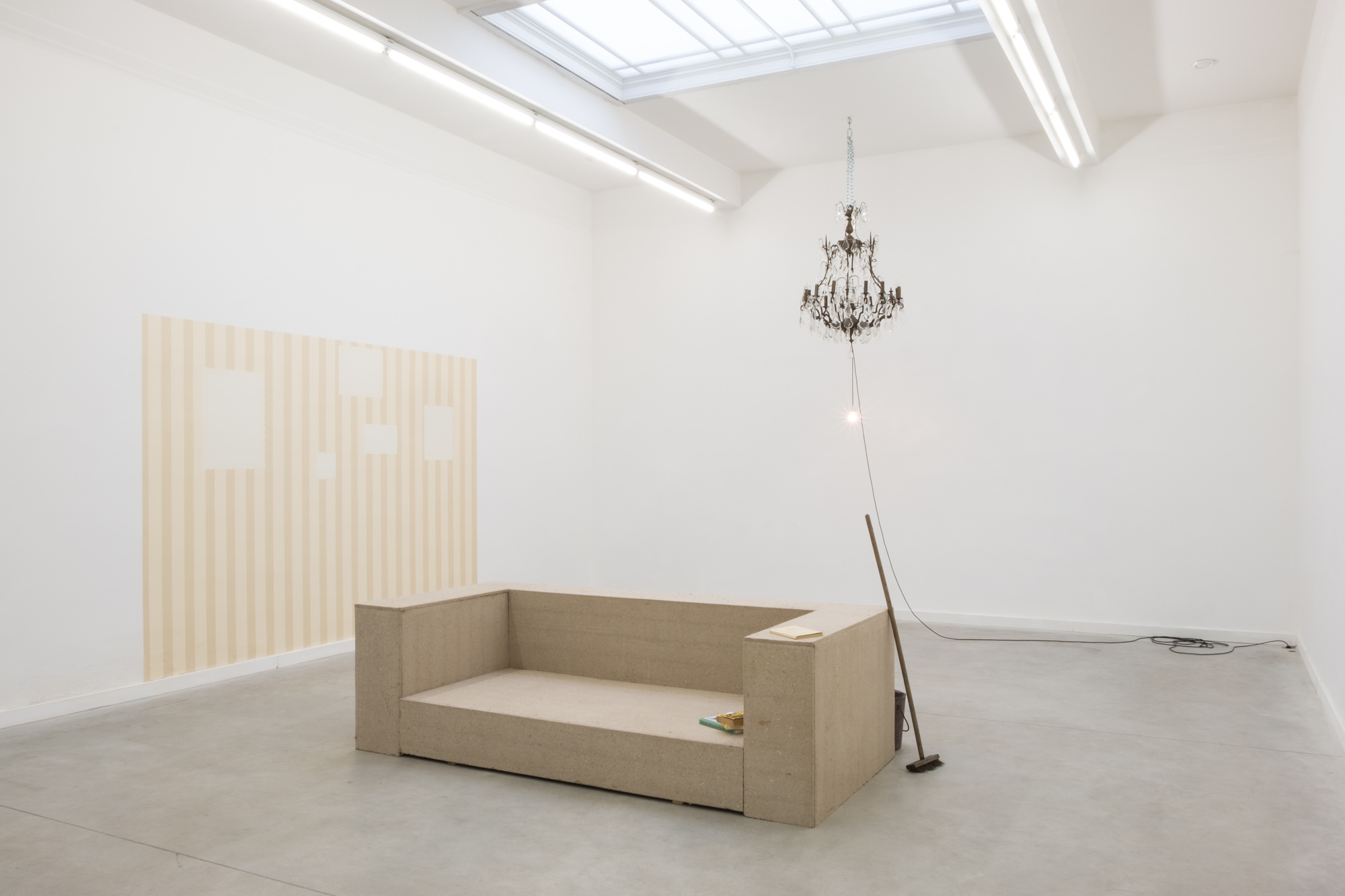 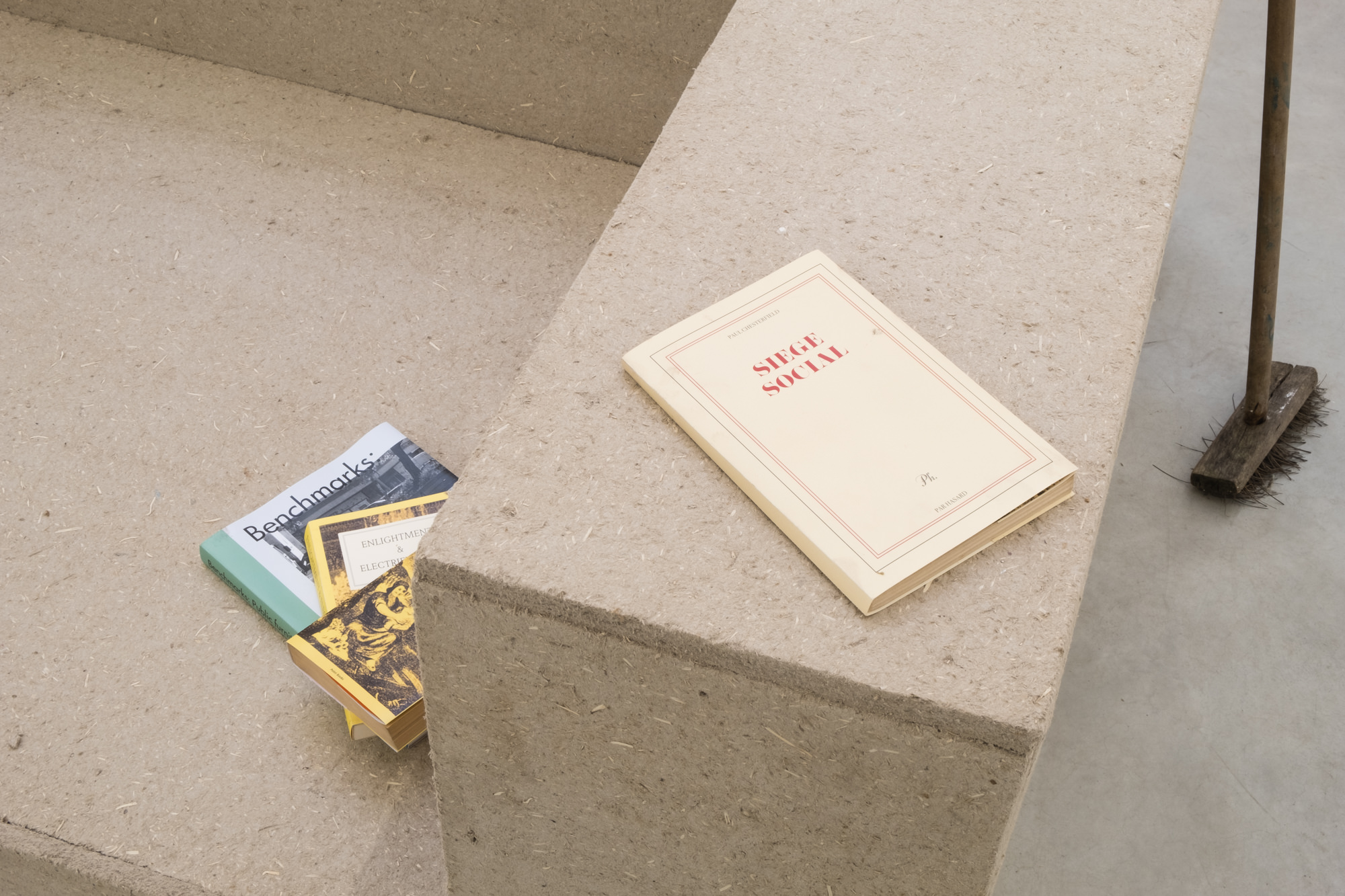 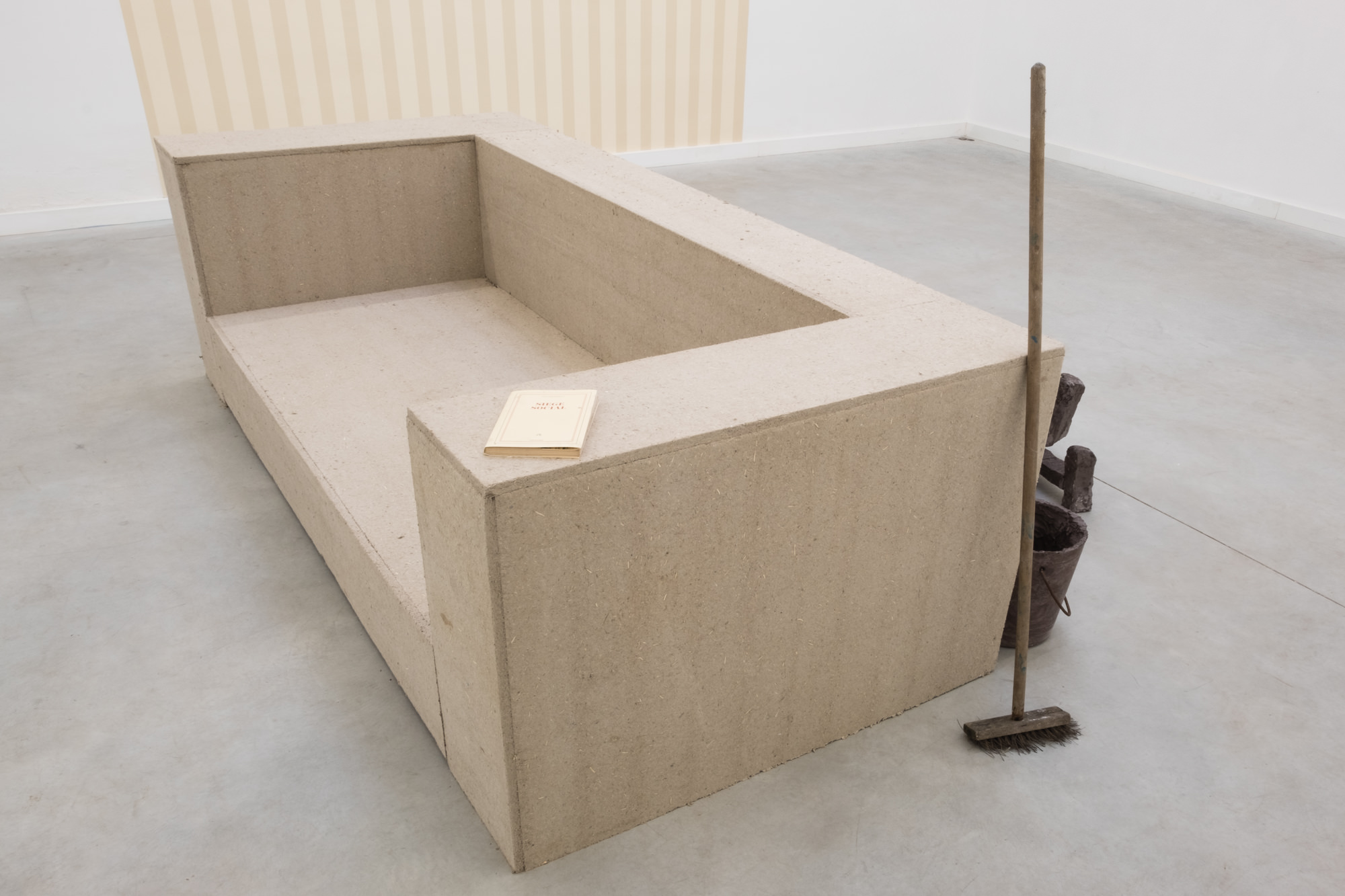 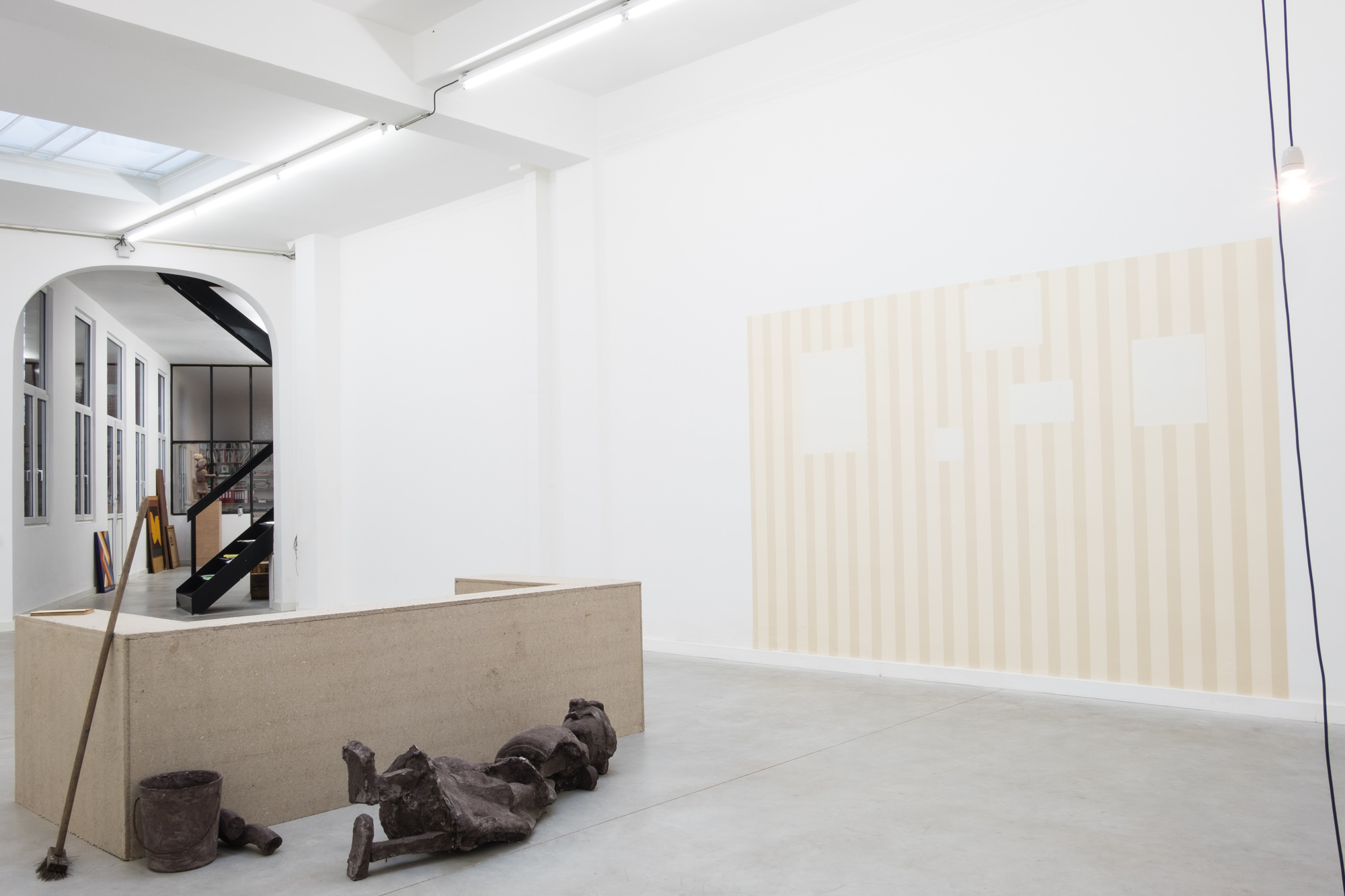 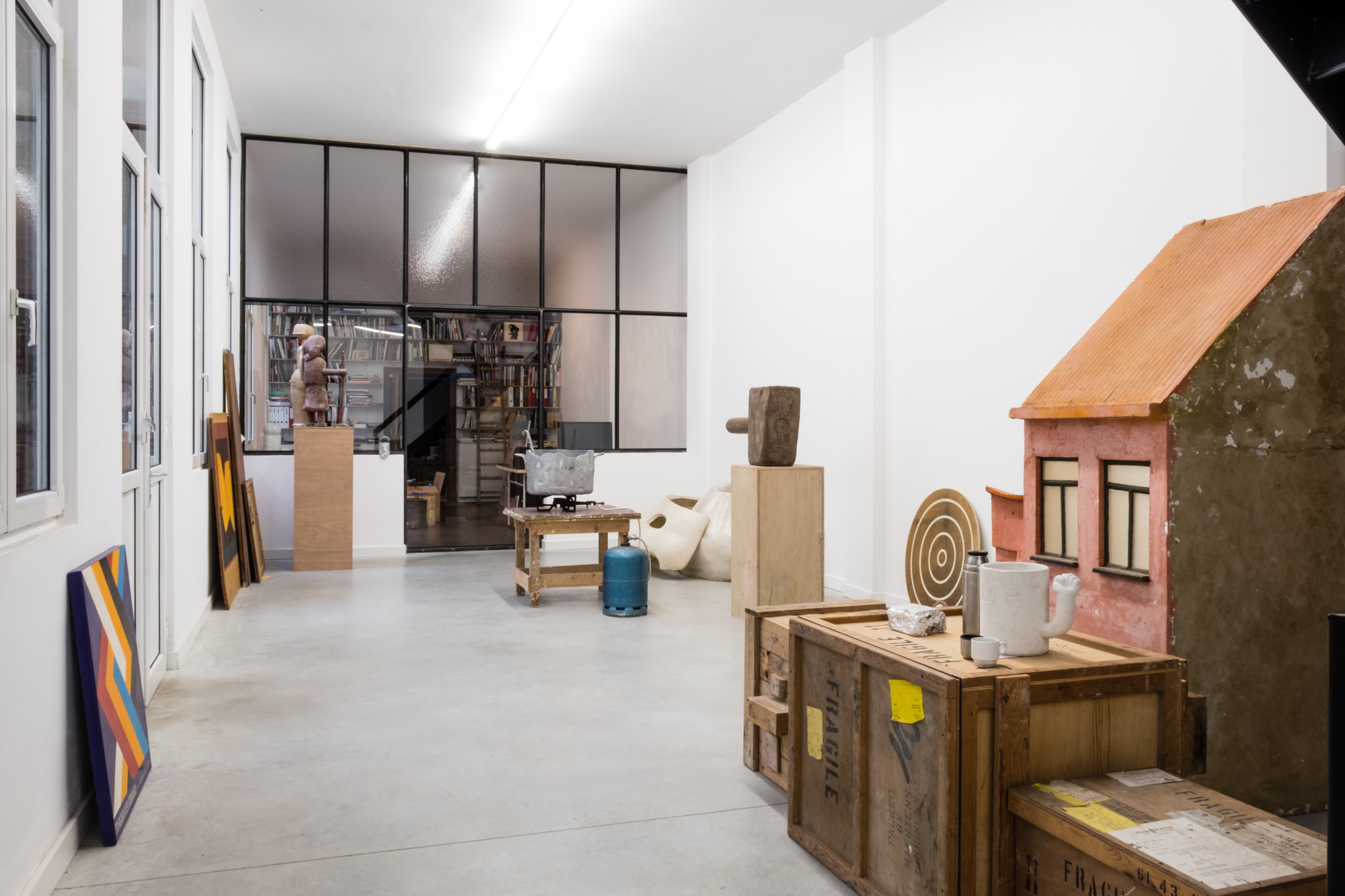 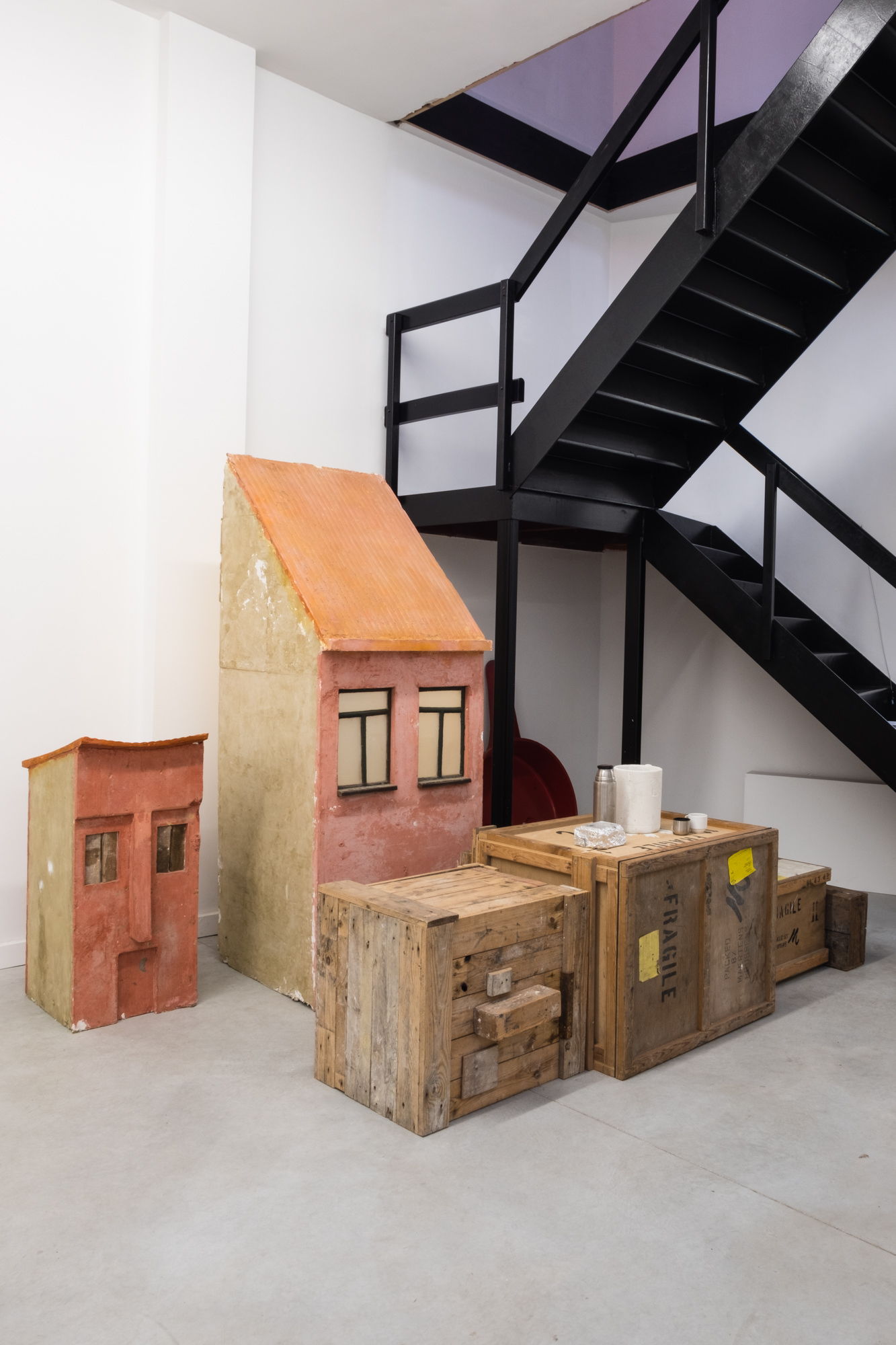 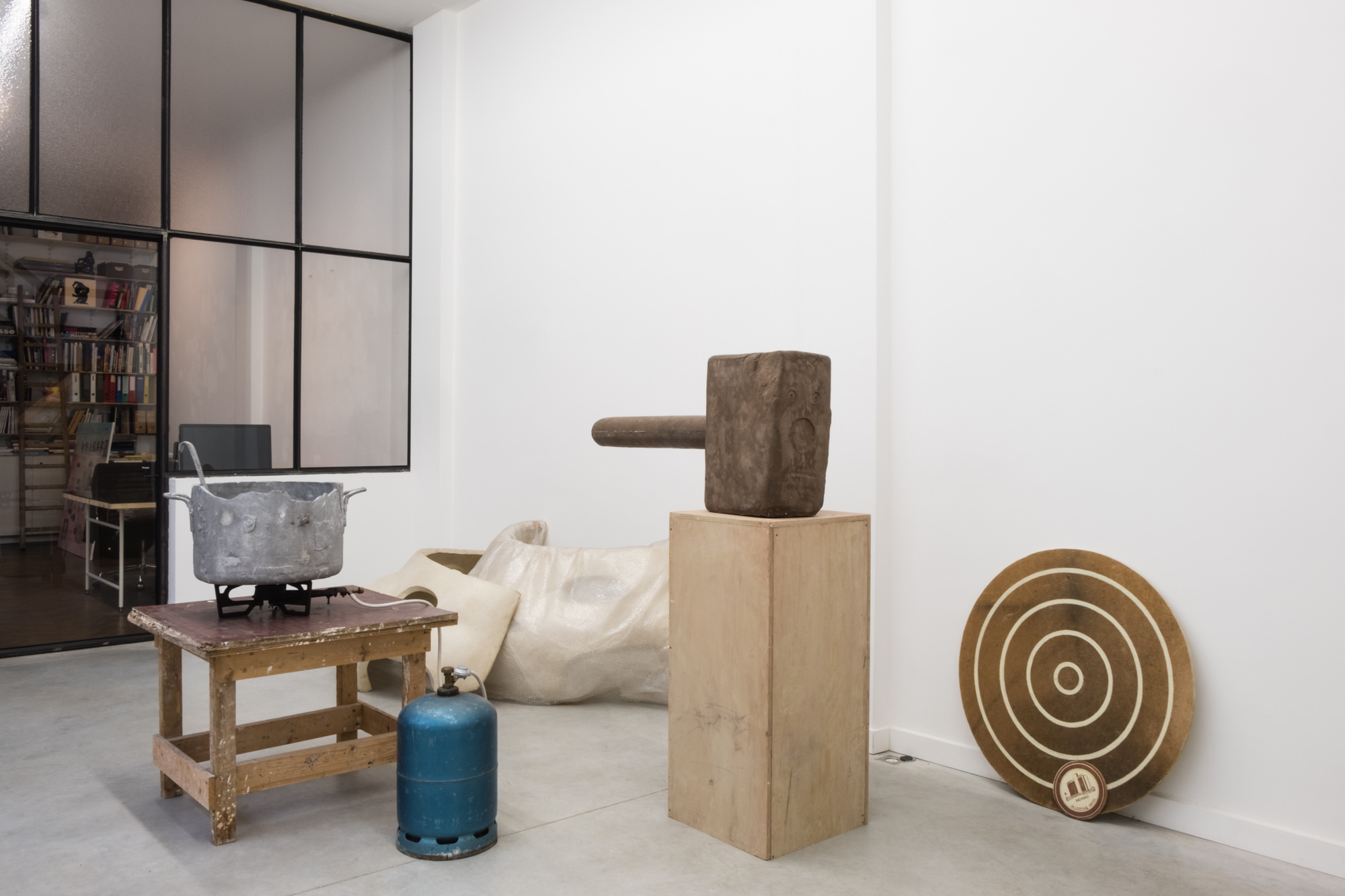 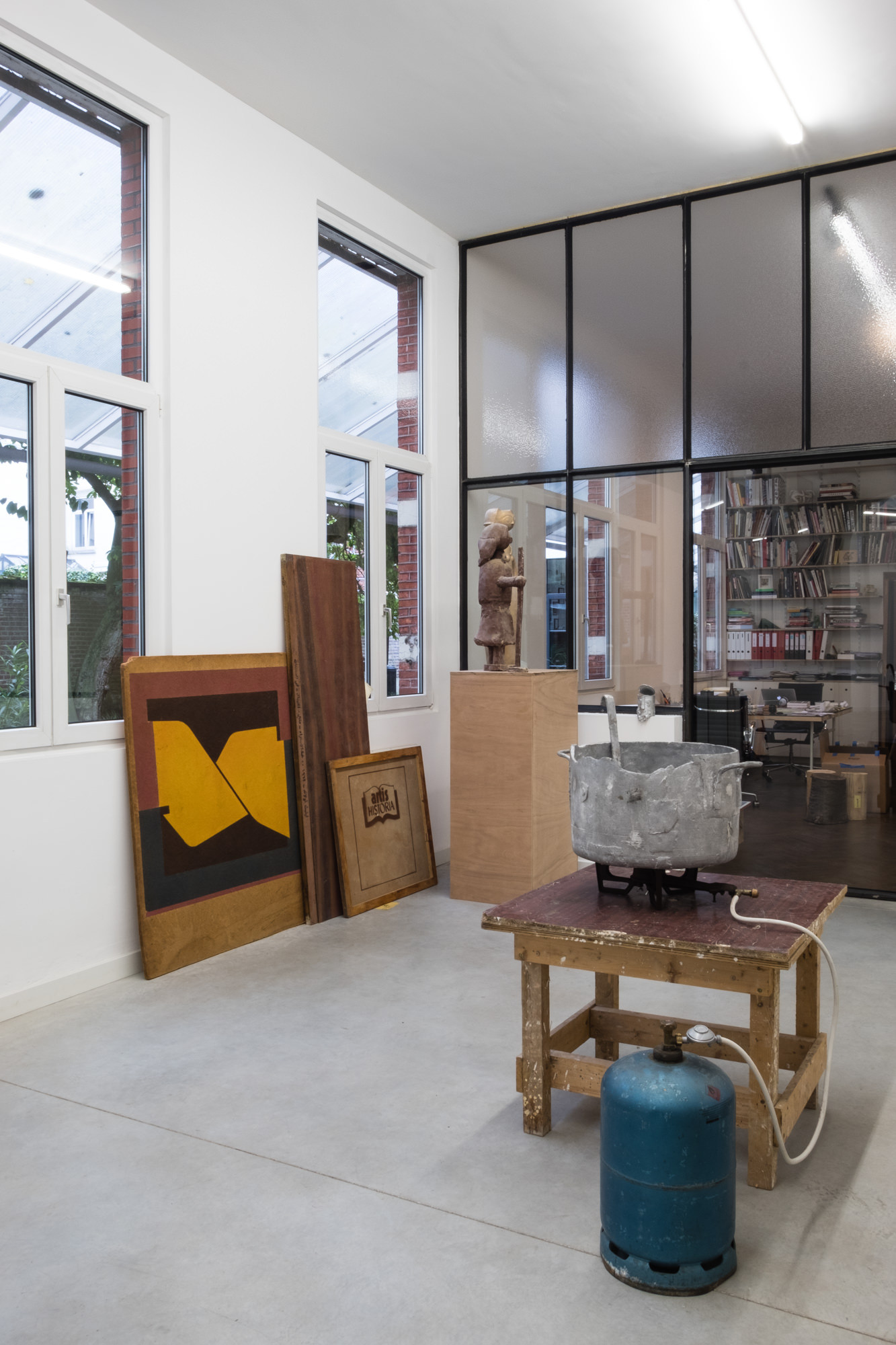 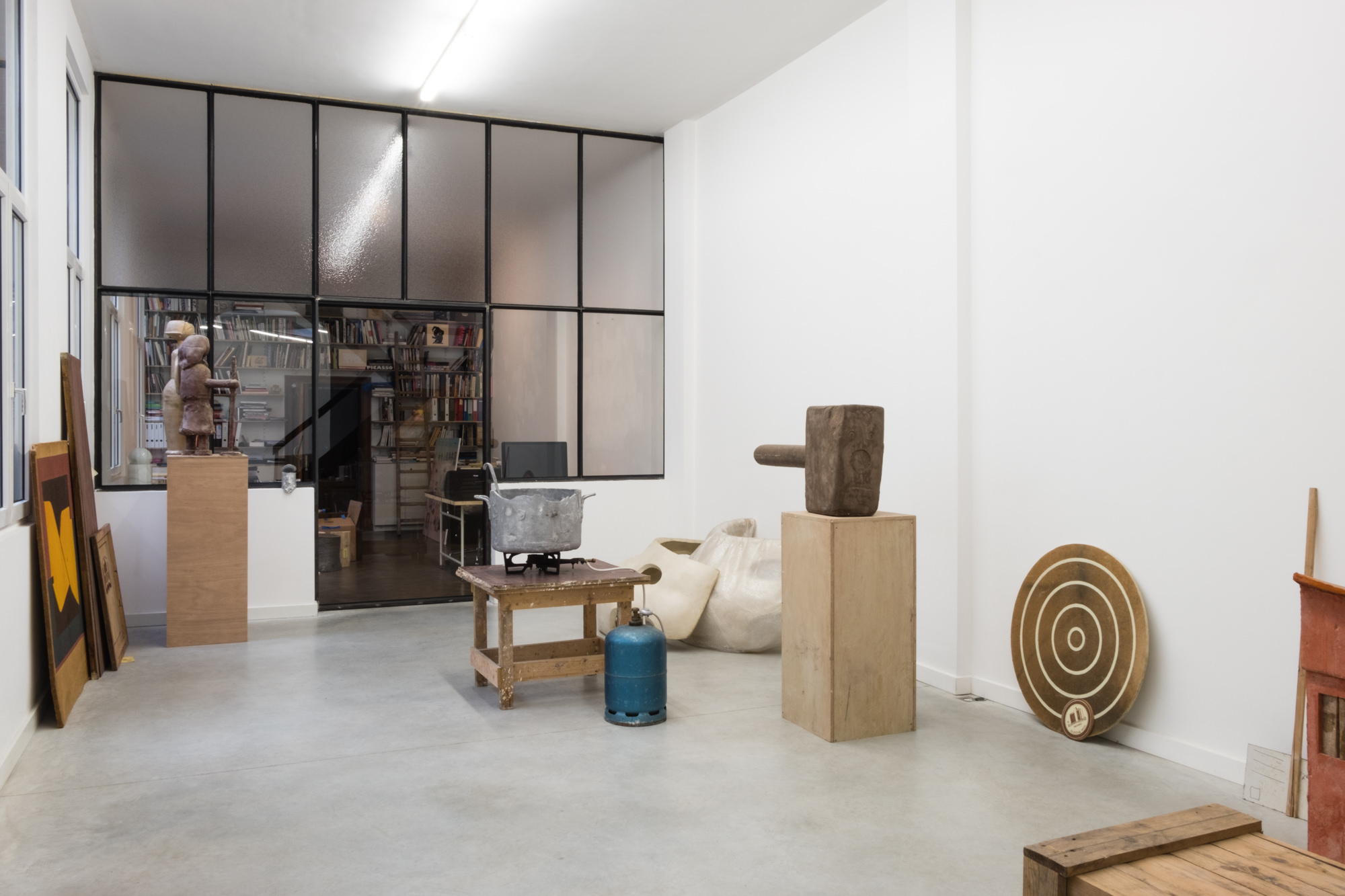 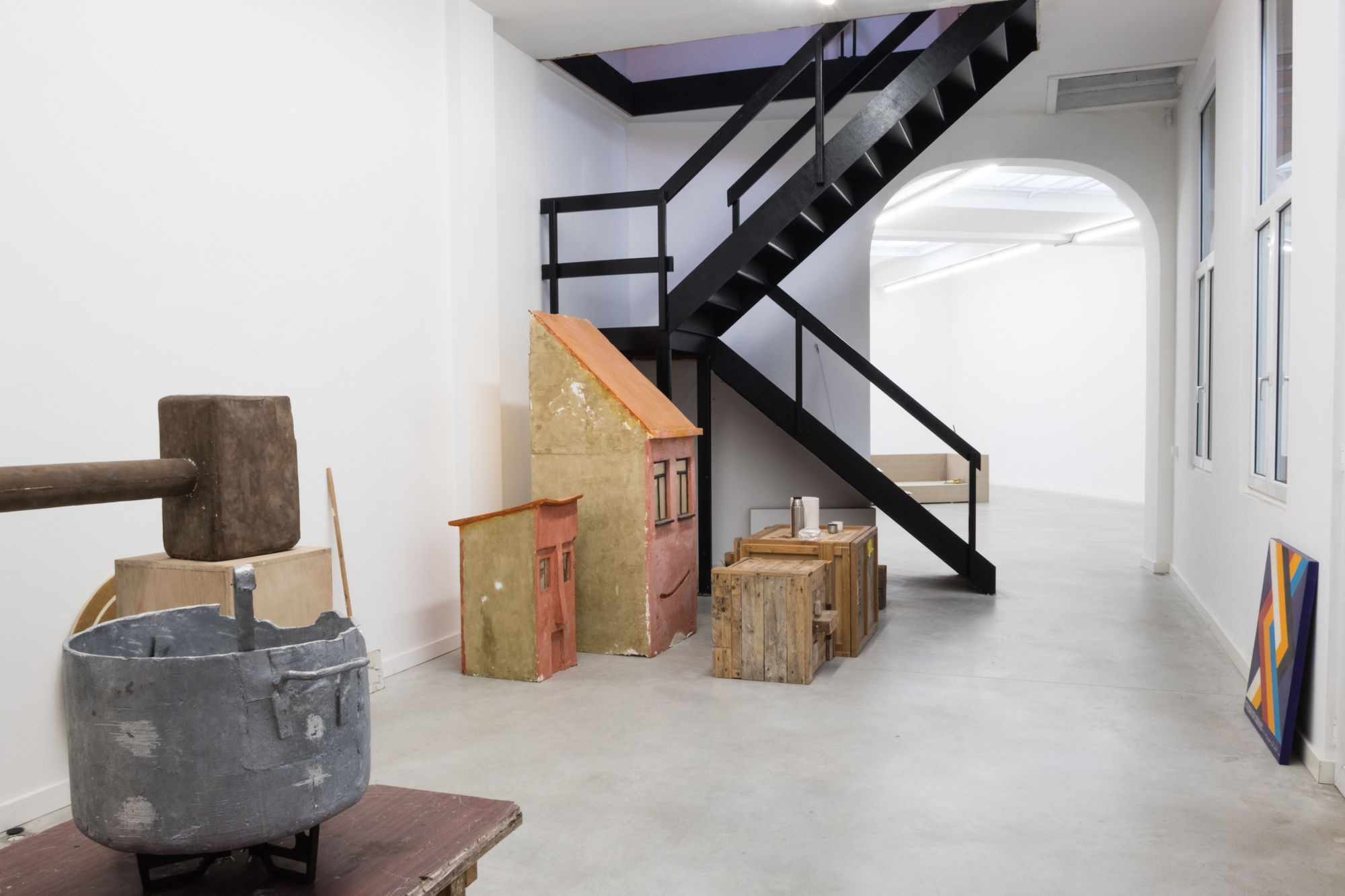 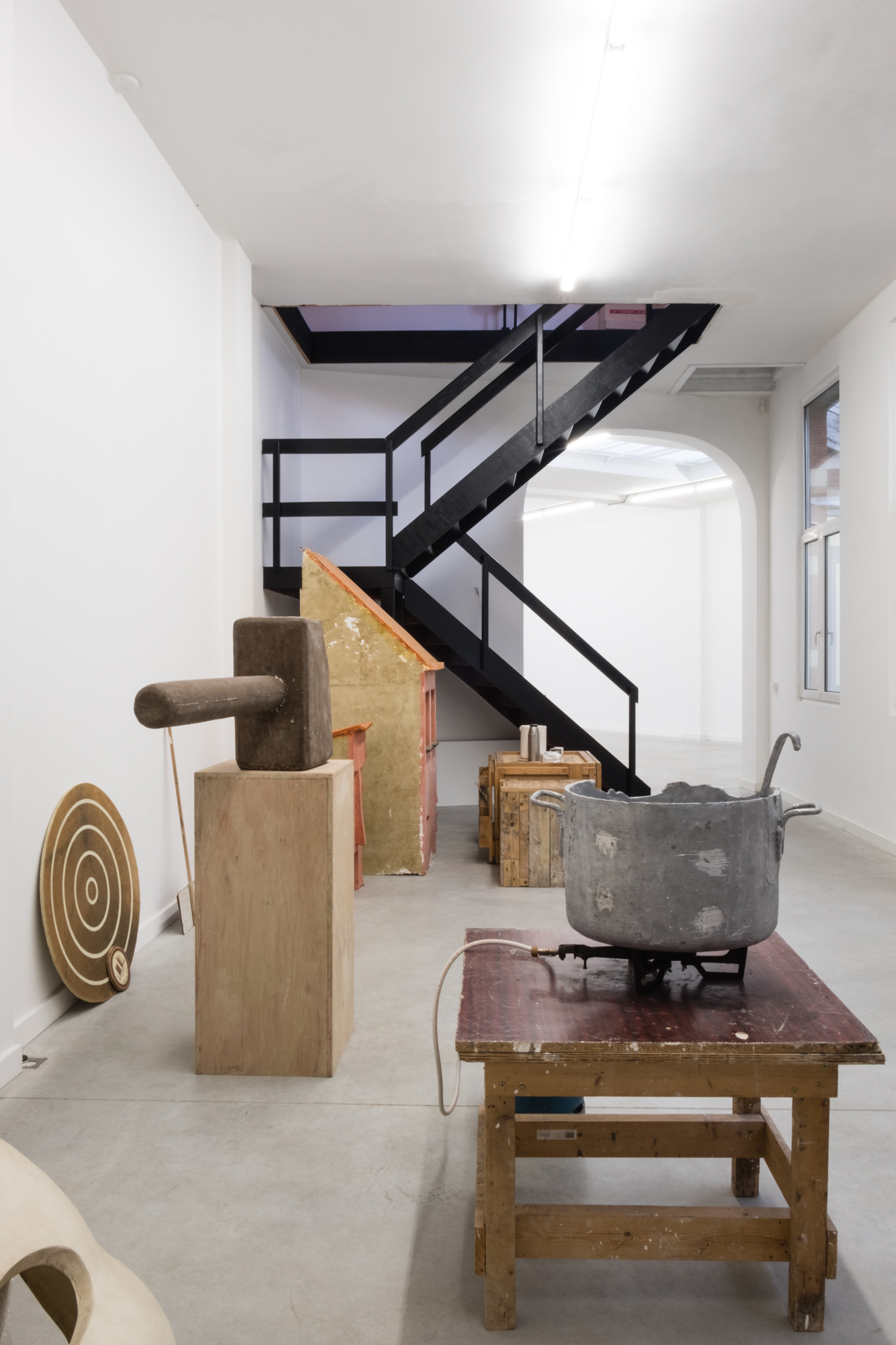 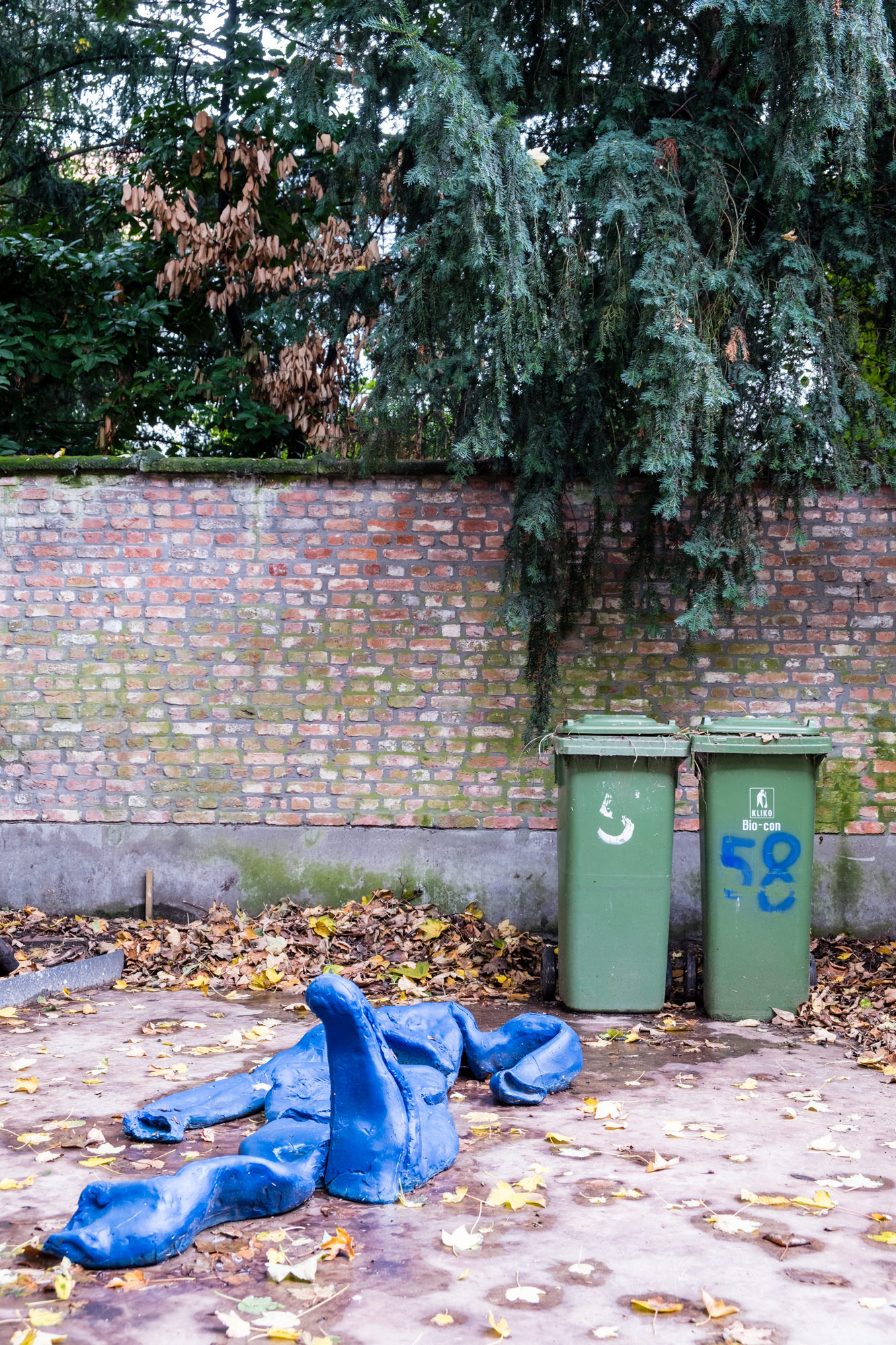 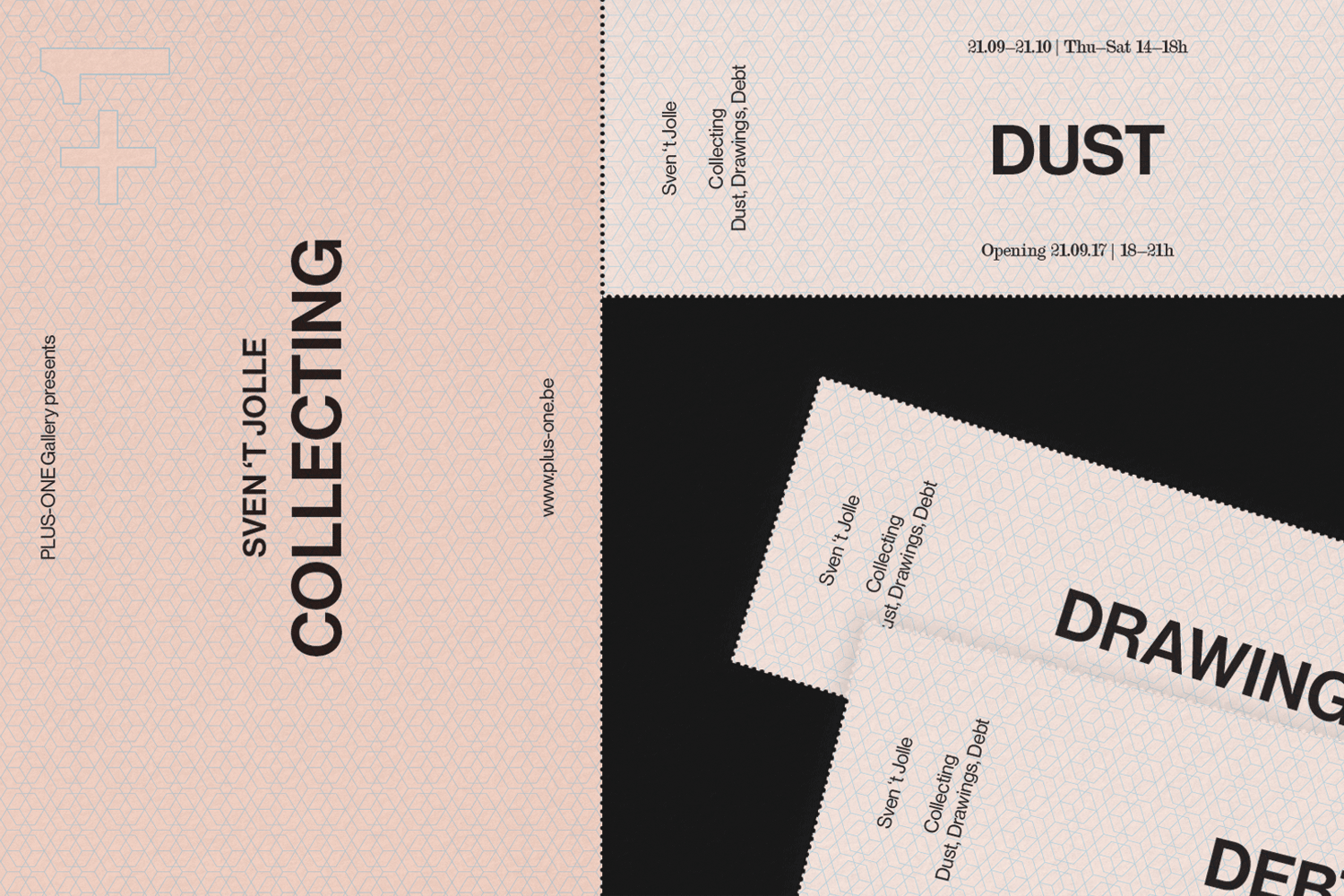 The works of Sven 't Jolle force us to think about social issues. Both in his sketches (now on view in 'Collecting Drawings' at the gallery at Nieuw Zuid) and his sculptures, we can find the same engaged, poetic and sometimes humorous interplay of form and language which deal with current issues like migration, capitalism and labour. 'T Jolle plays with word and form, adding depth through association.
As its title implies, the idea of collecting dust is central to the exhibition. The metaphor in the title evokes idleness and stasis. From the perspective of a cleaning lady, however, collecting dust is intensive labour. The works of art in depots of museums and collectors, or workshops of artists which are left to gather dust, on the other hand, remind us of the passage of time and recollection stored in such sometimes forgotten works.
Sven 't Jolle uses this fact to his advantage by, inspired by a collection in a depot, conjuring new meaning through an interplay of image production and moving contexts. This way, we can ask ourselves what happens to art that calls for action, versus the stillness of being left hidden in storage. Visitors are able to experience the pleasure of exploration and discovery, like snooping around in archives and depots of museums.
Most of the existing works that were gathered here by 't Jolle had never before been on display in Antwerp.
For the first room of the gallery, 't Jolle has selected a number of older works that are in a way connected to the idea of collecting art, (a series of abstract looking works 't Jolle has remade because of geopolitical references, with exotic titles such as Khandahar, Mindanao, Tarim, …(2003)), collecting dust and division of labour (Claire et Nette (2007), Reclining Crates (Cups against Exploitation) (2008), Die Begriffe “Arbeitgeber” und “Arbeitnehmer” (2007)). At the same time, 't Jolle has also created a pseudo-paradoleidic series. This phenomenon, whereby it is possible to recognize human faces in all kinds of objects, is apparently a characteristic many of 't Jolles works have in common. (Polish Polish (2005), Maison Populaire (2005), Stock Exchange (2014),…)

In the second room of the gallery, 't Jolle put a new sculpture within a constellation implying the atmosphere of an interior. The works play with the notion of middle-class and minimal chic. The work's title Collecting Debt (2017), and the emptiness and austerity of the room seem to suggest that a bailiff has passed by and has only left us a mattress or sofa bed.

At the centre of the room is the Maatschappelijke Zetel - Siege Social (2017), inspired by public benches as well as a lobby of an important enterprise. Nowadays, more and more of the public furniture is being designed in such a way that it is impossible for homeless people to sleep on it, thereby making them disappear from sight. Similarly, the sculpture Reclining Figure / Collecting Dust (2017) lies hidden behind a sofa, just like the unequal division of wealth is underexposed in society. The classical motif of the reclining figure in art often returns in the works of 't Jolle, who used it before to introduce the theme of work pressure.

Verlichting (2017) alludes to the Age of Enlightenment, just like the exhibition The Age of Entitlement or Affordable Tooth Extraction which was on display at WIELS earlier this year. Enlightenment, the most important philosophical movement of 18th century Europe, was founded on ideals like rationality, tolerance and freedom. These words are still being over-used in our current neo-liberal society, but their significance has changed dramatically.