Emerging on the street art scene of New York under the name REAS when he was 17 years old, Todd James creates acrylic paintings on canvas that retain the graphic nature of his early graffiti work. Distinguished by their hard-edged blocks of Day-Glo and neon colors that congeal into figurative compositions, James’s work ranges from the sexual—nude and scantily clad women—to the more political—gun-toting figures in tropical environs. Such subjects retain a sense of lightness through the artist’s buoyant use of color. His work draws from his diverse set of experiences; it demonstrates affinities with his former collaborators Steve Powers and Barry McGee, while its offbeat pop sensibility aligns it with musicians such as the Beastie Boys and Miley Cyrus and reflects his background in making puppets for a comedy series. 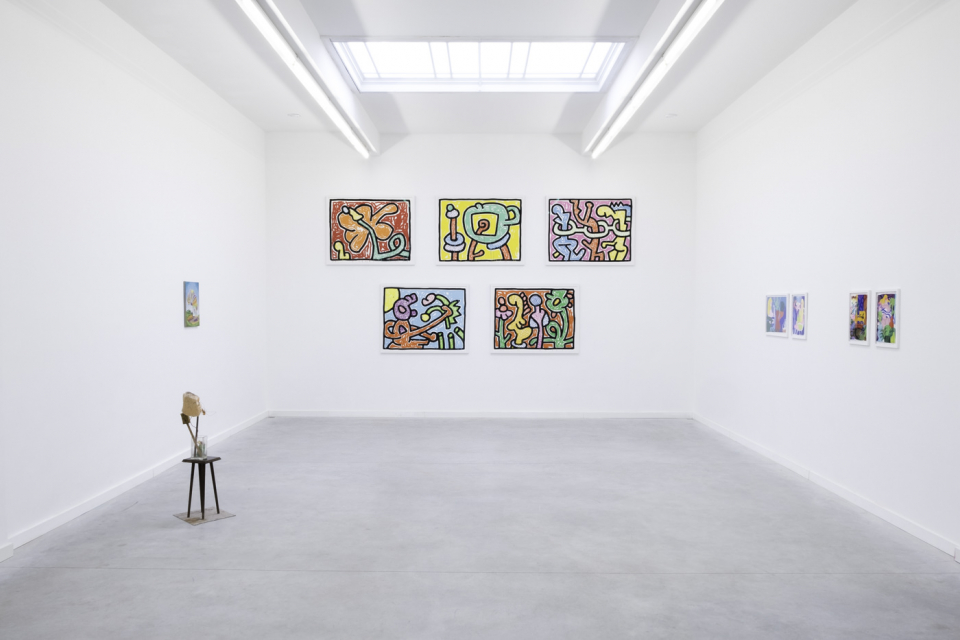