Maen Florin makes sculptures of people. Her preference is for ceramics, sometimes embedded in synthetic waste materials. In her recent sculptures additional elements have been reduced to a minimum. The artist does however choose for alternative and new forms of presentation. In the Ter Beuken Park in Lokeren she has cast three circular dishes in concrete. They do not comply with the idea of a classical plinth; instead they are flat discs – barely fifteen centimetres in height – in a green landscape. On them she presents three ‘large heads’.Their expressions are fundamentally different. The same also goes for the way they try to deal with their surroundings. All of them resist any eye contact.

The sculptures display pent-up emotions, often embitterment combined with melancholy. The figures, all of which are male, would appear to be failing. But failing what?
One of the two torsos has its back to us. With its face pressed against the bark of the tree, is it being punished for being naughty?
Generally speaking, the characters are introverted, including those of the free-standing heads. Usually very colorful, and thus seductive, they reject any open dialogue with the English-style romantic park. Instead, with their closed character, they dominate the landscape, clinging stubbornly to their introversion with their eyes closed. They appear as isolated beings turned in on themselves.

Maen Florin’s sculptures are images of tormented humans. It is as if – at odds with themselves – they are not in a state to take on the challenges life presents them with. Instead, they retreat into an ivory tower and live as individuals in the midst of other individuals, alone and lonely.

In the drawing room of the villa in the park there is a tall white circular table with fifteen life-size ceramic heads. Each of them is a small masterpiece in itself. Together they stand as witness to a human catastrophe. Every form of rapprochement is rejected. Silence.

Illusion is the title of the exhibition. Does this illusion have to do with the charm suggested by the heads in the park really being deceptive? Nothing is what it seems. Everything is an ambiguous play of rejection and attraction. Like James Ensor’s paintings with masks, in which everything appears jolly, but in which on closer inspection a deep tragedy is concealed.

We cannot remain indifferent faced with the work of Maen Florin. It is both a reflection on and a warning against an extreme form of empathy in our society. 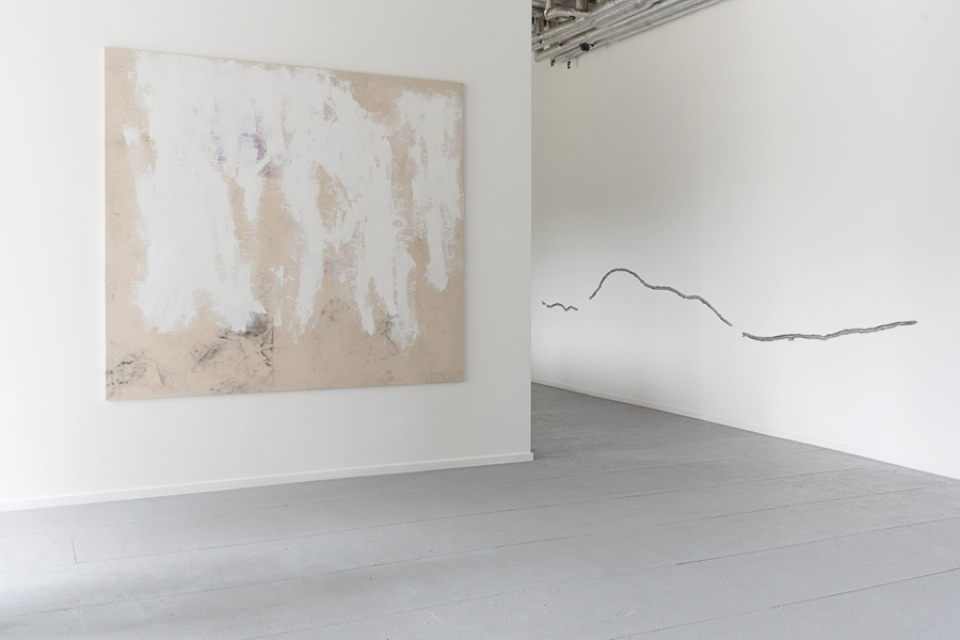